Hans Zimmer set to release his first ever Bond score for ‘No Time To Die’.

The legendary composer’s score will be released on 27 March 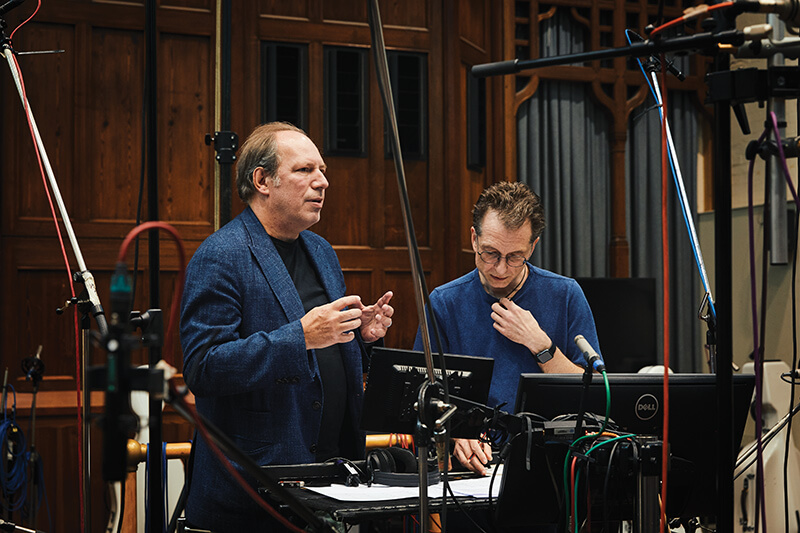 At this year’s BRIT Awards, the incomparable Hans Zimmer took the stage with Smith’s Johnny Marr, Billie Eilish and Finneas to perform the theme for the 25th James Bond film, No Time To Die. The track is available now, with the full soundtrack available from 27 March.

Hans Zimmer was the mastermind behind the entire soundtrack of the new Bond flick, with Steve Mazzaro working as score producer. Released on Decca Records, the score will be accompanied by a Bond 25 release, to celebrate the unveiling of the 25th Bond film. The album will include brand new arrangements of all 25 iconic title themes, recorded at Abbey Road Studios and performed by Royal Philharmonic Orchestra.

Zimmer said of his work on the project that “having the opportunity to work on a franchise as iconic as 007 has been an incredibly humbling experience…We are all so excited for the world to hear the new sounds of James Bond in No Time To Die”, NME reports.
Smiths guitarist, Johnny Marr expressed his thrill of providing guitar for the theme “growing up as a British boy in the late 60s, 70s, 80s, to me, the Bond theme should have guitar in it – especially the John Barry stuff”.

Seemingly unstoppable, five-time Grammy Award winner Billie Eilish lends her vocals to the theme track, with her producer brother, Finneas credited as co-writer. Marr praised the contemporary icon for her work: “Billie’s just the best new, I don’t wanna say pop act, but it’s great when someone that cool is that popular, individual and a lot of people can relate to her. She’s a really good musician, and her family is a really musical family, very soulful. I know a great musician when I see one.”