A Change.org petition is gathering momentum with over 4000 signatures. 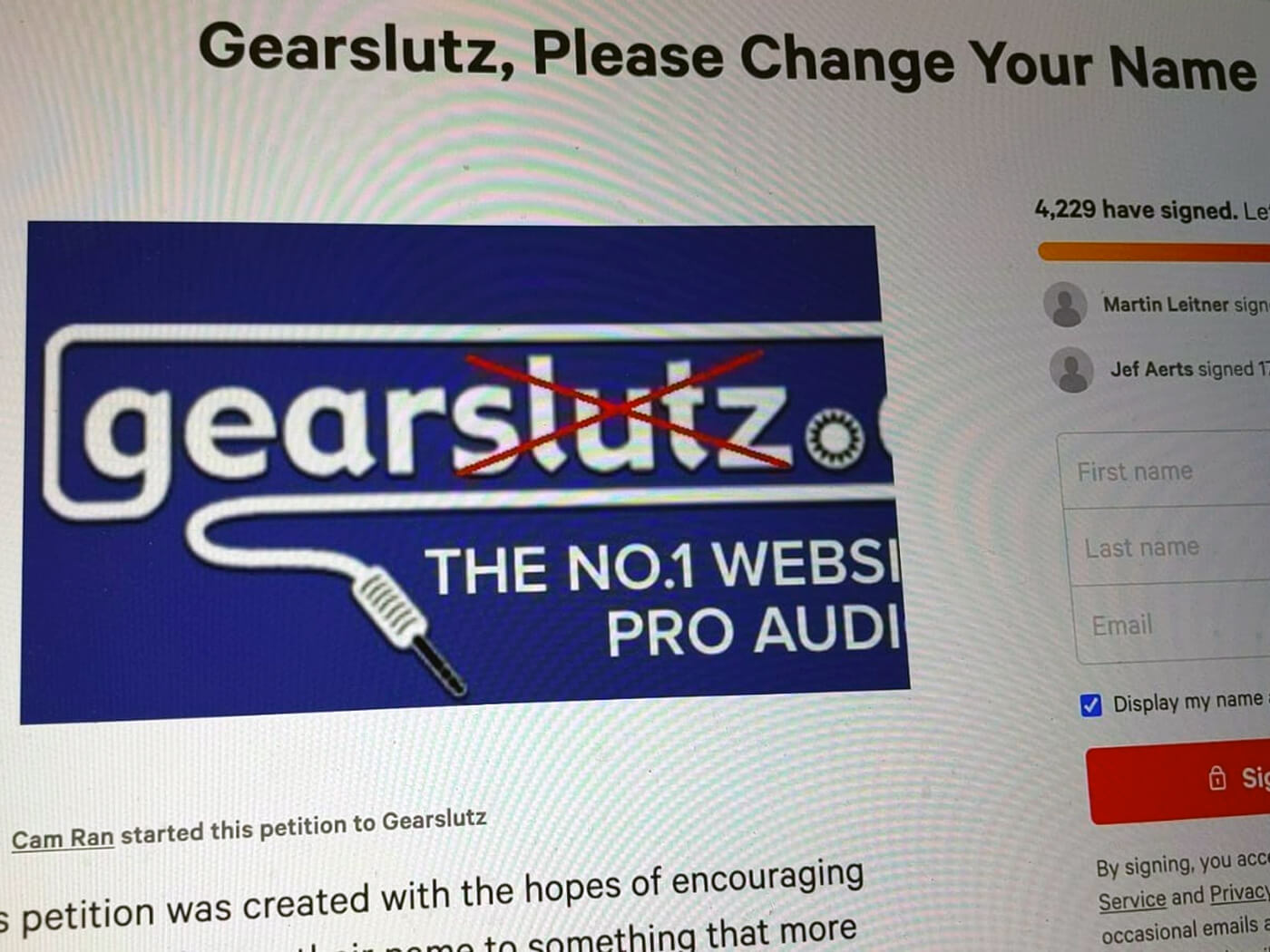 Pro audio forum Gearslutz is facing pressure from a Change.org petition to change its name.

At the time of writing, the petition had over 4,200 signatures, 1,500 of which it gained over the weekend.

Cam Ran, who started the petition with the goal of getting 5,000 signatures, wrote, “most of the engineers I know feel uncomfortable with the name.”

“It might not seem like a big deal, and people will likely say that we should focus our energies on bigger issues of equality, but we can do both,” they wrote. “We can talk about the things in our community that make us uncomfortable, starting with this website created by men, who have never been called ‘slut’ in a hateful and derogatory way. Who have never had to prove their merit in their field simply because of their gender. Who have never had someone assume that their level of success was due to the fact that they slept with the right person.”

The petition continued: “Aside from making some people feel a bit upset, it’s also just a very unprofessional name that makes people uncomfortable in an educational environment or workplace… If you’re angered or annoyed by this request, truly ask yourself why.”

Gearslutz founder Jules Standen has since responded to the petition saying the name was “not intended to send a derogatory message to women or to discourage them from participating in the forum. It was simply meant to poke fun at some people’s pro audio shopping habits.”

“If women who are put off by the name were to look at the forum itself, they would find it a very welcoming place,” he wrote. “In fact, from the very outset, because male participants were in the majority, we have done our very best to make the forum a safe place for women in terms of site content and visitor behaviour.”

On the Gearslutz name, Standen said: “I appreciate it’s not for everyone, but that is how we are known to our 1.6 million monthly visitors from 218 countries.”

Public opinion appears divided on whether Gearslutz should change their name to something that “more appropriately represents the gear community,” as requested by the petition.

Petition respondent Alexandra Switzler, a topliner and songwriter, wrote, “this should have been changed so long ago”, while sound designer Michael Martz stated, “‘Slut’ is not a word that should be used in professional settings. Changing the name will promote inclusivity in an industry that sorely needs it, and should be common sense today.”

However, some forum users seem enraged by the notion of renaming, crying “cancel culture” and threatening to leave the platform if the name changes. Other users have suggested alternative names such as Gearsz and Gearlustz.

This isn’t the first time Gearslutz has faced backlash for its name. In 2011, Gearslutz created an optional SFW skin for the site replacing the “Gearslutz.com” logo with “Gearsz.com”. This was created to avoid workplace embarrassment because the site had feedback about users getting “funny looks” from family members and co-workers when browsing.