The release date for the interfaces is still to be announced. 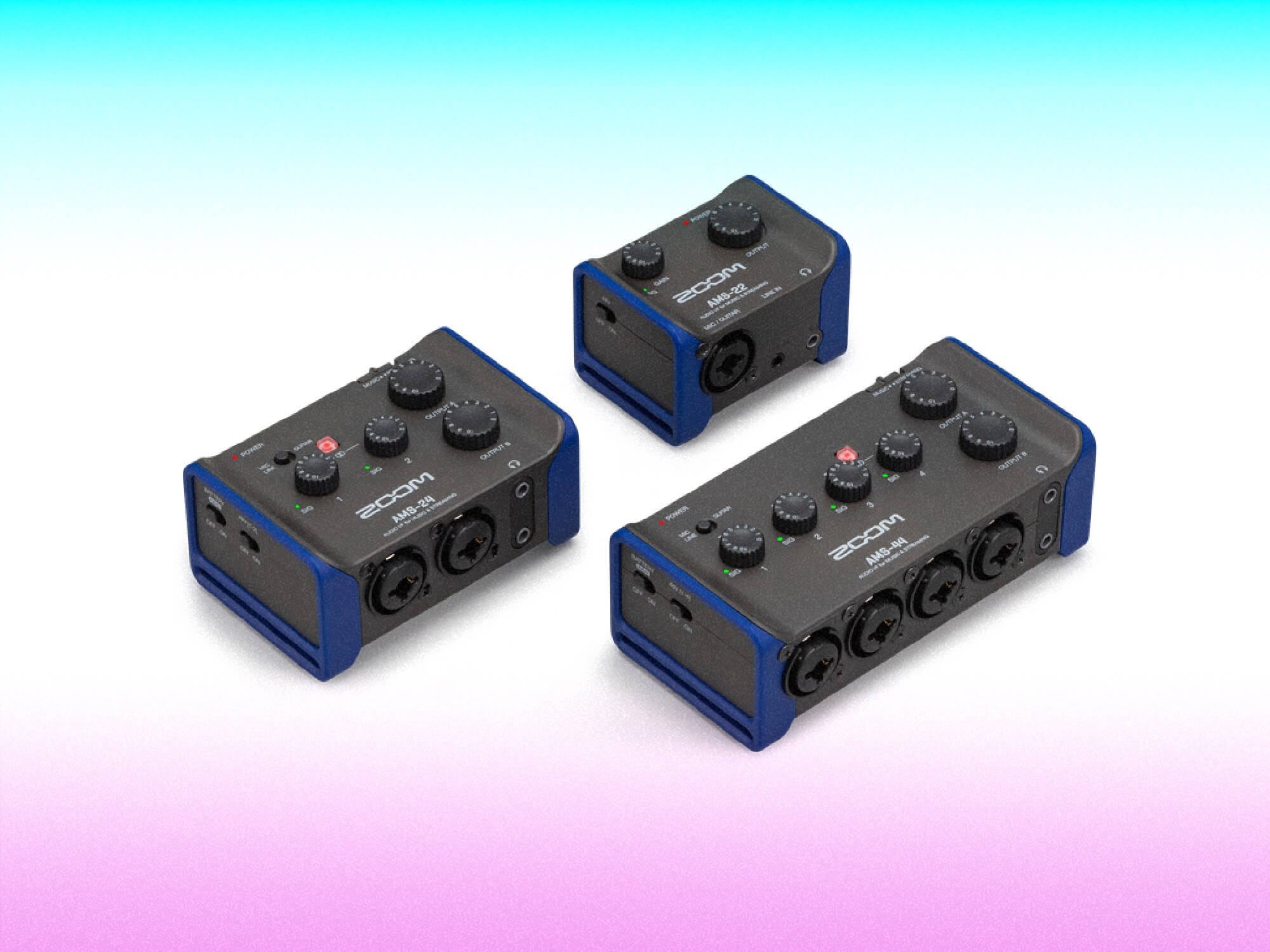 Hot on the heels of NAMM 2022, Zoom has announced the AMS series with three brand new USB audio interfaces designed for “musicians who want to record music with their DAW or easily livestream on platforms like YouTube and Twitch, without all the typical complications.”

The bus-powered USB-C interfaces are compatible with both desktop and mobile devices, promising all the portability, versatility and out-of-the-box functionality Zoom has become known for. The range announced so far consists of the AMS-22, the AMS-24 and the AMS-44.

The smallest in the range, the AMS-22, is a portable 2-in, 2-out interface featuring an XLR/TRS combo input with gain control, a stereo line in, a headphone output and twin TRS outputs. It also offers direct monitoring and a Loopback switch for combining input audio with playback from a computer and routing it to streaming software.

In Music mode, each input acts independently with individual gain control, with separate mixes sent to each headphone output. In Streaming mode, all inputs are combined into one signal to work seamlessly with streaming software.

Check out the introduction video for the AMS series below:

The AMS series is slated for release in the Autumn of 2022, prices TBC. For more information head to zoomcorp.com.