Zoom launches the P8 PodTrak, a multi-channel recorder for podcasters 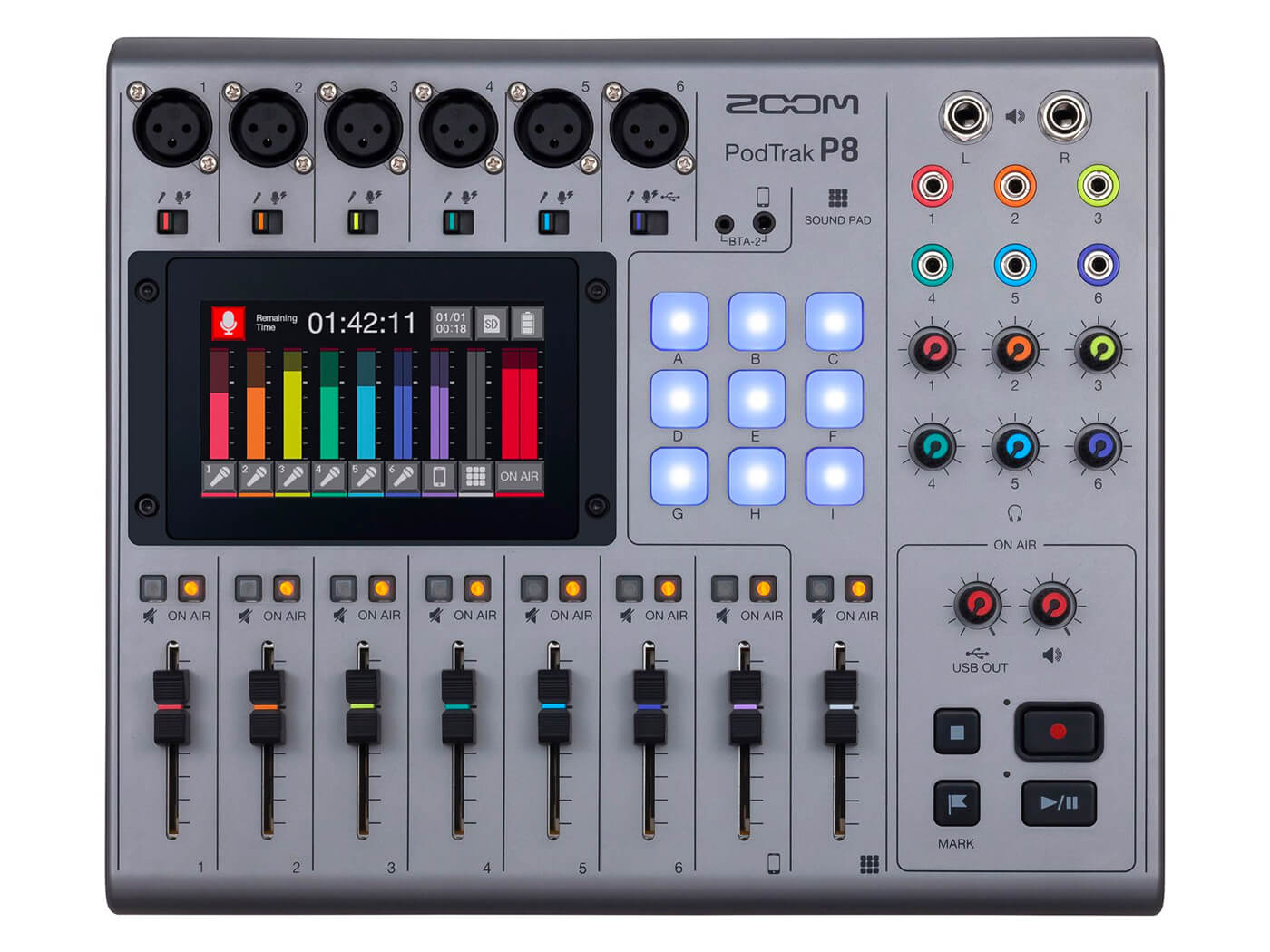 Zoom has returned with yet another standalone recorder aimed at podcasters, the P8 PodTrak. With independent channels, a large touchscreen interface and basic editing tools, it seems like the P8 PodTrak was meant to fill a more permanent role in a podcasting setup than the H8 Handy Recorder, which was also introduced this year.

The P8 PodTrak gives you six independent channels, each with an XLR input, phantom power supply, volume fader, mute button and ‘on air indicator’. You’ll find the preamp control within the touch screen menus themselves; each input is capable of supplying up to 70dB of gain, meaning the P8 PodTrak should be able to satiate even the most gain-hungry of dynamic microphones.

The P8 PodTrak gives you up to two hours of use with four AA batteries, but for longer sessions, you’ll want to connect the included AD-14 AC power adapter. The device also records only directly to SD, SDHC or SDXC cards up to 512GB.

According to Zoom’s website, it seems like the P8 PodTrak will only track at a 44.1kHz sample rate – which you’ll want to take note of, especially since the vast majority of video cameras capture at a default 48kHz sample rate.

Other features include nine user-assignable sample pads for sound effects and music; basic editing tools which let you trim your files and add background music, and the ability to add Bluetooth connectivity with the optional BTA-2 Bluetooth Adapter.

Check out Zoom’s demo of the P8 PodTrak below:

The P8 PodTrak is available to pre-order now at $499.99; an official release date has yet to be announced.