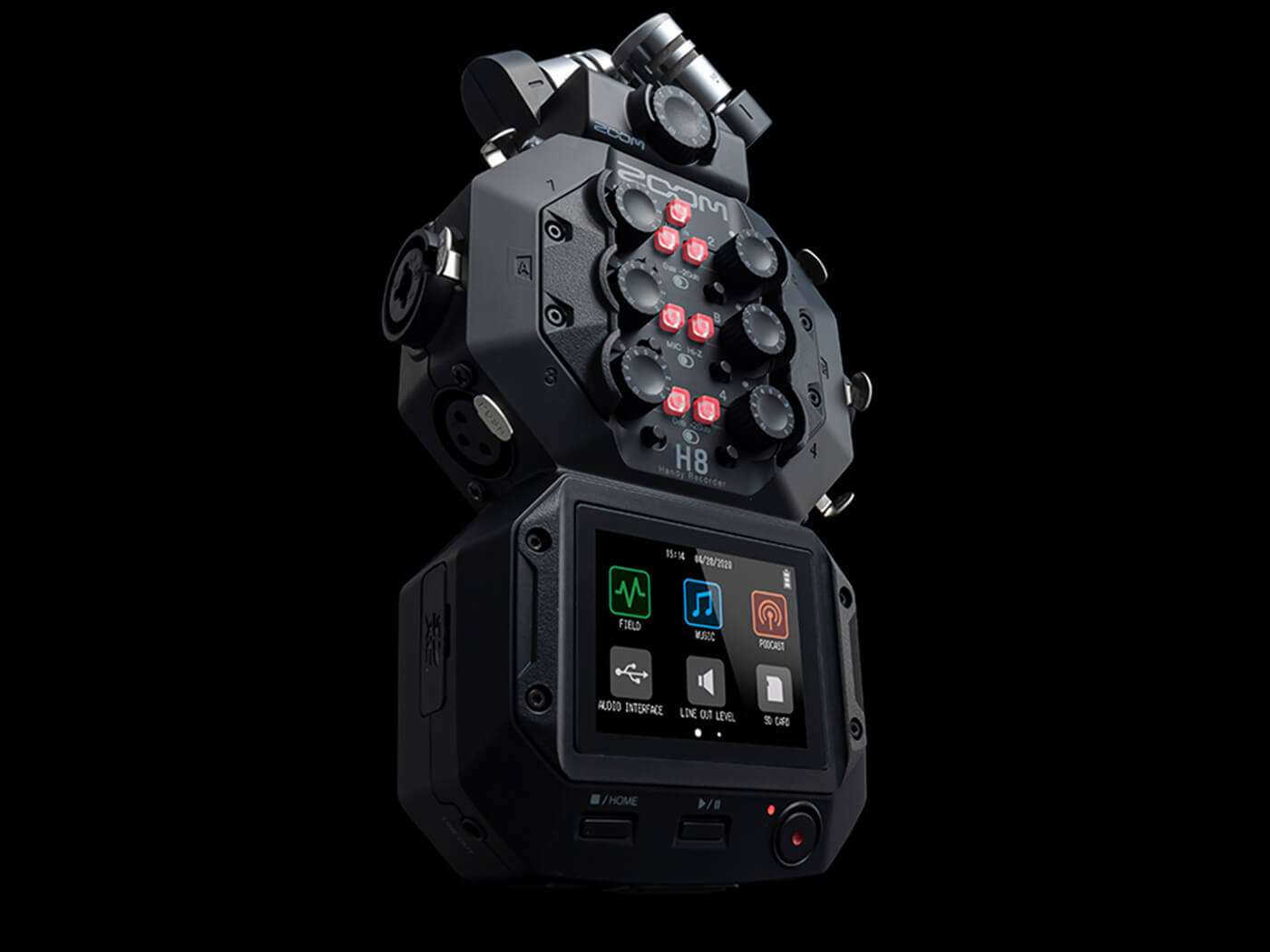 Zoom’s newly announced H8 is quite the departure from previously handy recorders. For one thing, this is the first of the line to feature a colour touchscreen interface, but there’s also a newly proposed workflow in the form of three smartphone-style ‘apps’.

In terms of these “customised applications”, there’s one for music, one for podcasting and one centred around foley and field recording.

Each of these calls up an interface specific to its function. For instance, the ‘music app’ makes faders especially easy to reach; while the ‘podcast app’ equips four sound pads for triggering SFX while recording; and the ‘field app’ employs extra-large displays for metering.

There is also an onboard assortment of processing, including an EQ, compressor, noise gate and limiter. Especially for guitar players, additional effects (and amplifier models) can also be loaded in from Zoom’s Guitar Lab software via USB.

As for audio capture, the H8 features 10 inputs and can record up to 12 tracks simultaneously up to 96kHz at 24-bit. The device also sports Zoom’s interchangeable Capsule System 2.0, which allows the quick swapping of mic capsules.

Each H8 ships with a Zoom XYH-6 capsule, which employs a pair of matched directional mics.

In terms of I/O, there are six XLR inputs (four mic inputs, two XLR/TRS), each with its own independent gain control. And if that’s still not enough, an additional four XLR inputs (for a total of 10) can be added on with an EXH-8 expander capsule. Take a look at Zoom’s video overview of the H8 below.

Zoom promises over 15 hours of recording time with the H8 from just four AA batteries. Alternatively, the device can be run as a dedicated audio interface with the AD-17 adapter – which comes as a separate purchase.

To round up the package, each H8 comes with free licenses for Cubase LE and Steinberg’s WaveLab Cast.

Learn more about the H8 at zoom-na.com.