You can now use VR to learn piano for free

Players can learn through a virtual ‘air piano’ or connect to a real-life MIDI keyboard, and even connect with friends and teachers 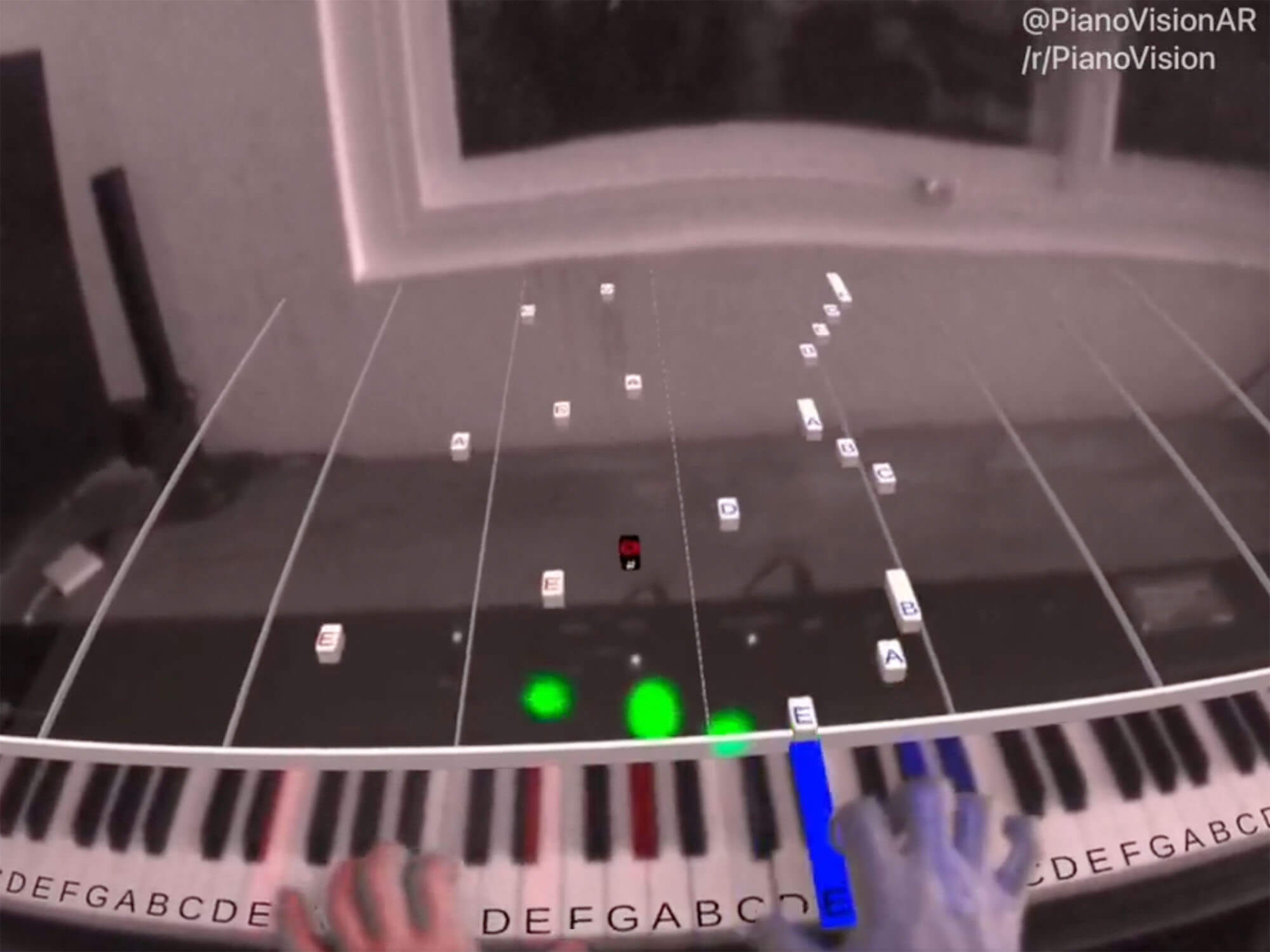 A brand new app has been released that allows you to learn piano through the power of a VR headset and you don’t even need a real life piano to do so.

PianoVision is available now on the MetaQuest headset and enables users to learn on a completely virtual “air piano”. Users can also connect a real MIDI keyboard directly to the headset, allowing the app to project notes on the keys in front of you.

The app is completely free and provides you with a range of songs to learn ranging from easy – Hot Cross Buns and Twinkle Twinkle Little Star – to hard. It will also show you the notes being played on an actual stave so you can learn to read sheet music as you go.

Players can see their own hands in the app and can follow along with graphics showcasing what notes to play and the duration you should play them for. And fear not, if you’re a slow learner the app will not play on until you’ve played the right note, and will stay paused until you begin to play so you won’t get left behind.

You can take a look at how it works in the video below:

PianoVision was originally launched in February with a closed early access but is now available to all with access to the VR headset. The app’s founder Zac Reid Tweeted about the release of PianoVision to App Lab stating, “When I started building PianoVision last December, I could hardly play Twinkle Twinkle Little Star. Now with the app, I can play moderately challenging songs on command.”

When I started building PianoVision last December, I could hardly play Twinkle Twinkle Little Star. Now with the app, I can play moderately challenging songs on command.https://t.co/louhE96IUY

Users can also upload their own sheet music to play along to and a multiplayer feature allows you to connect with friends or even teachers.