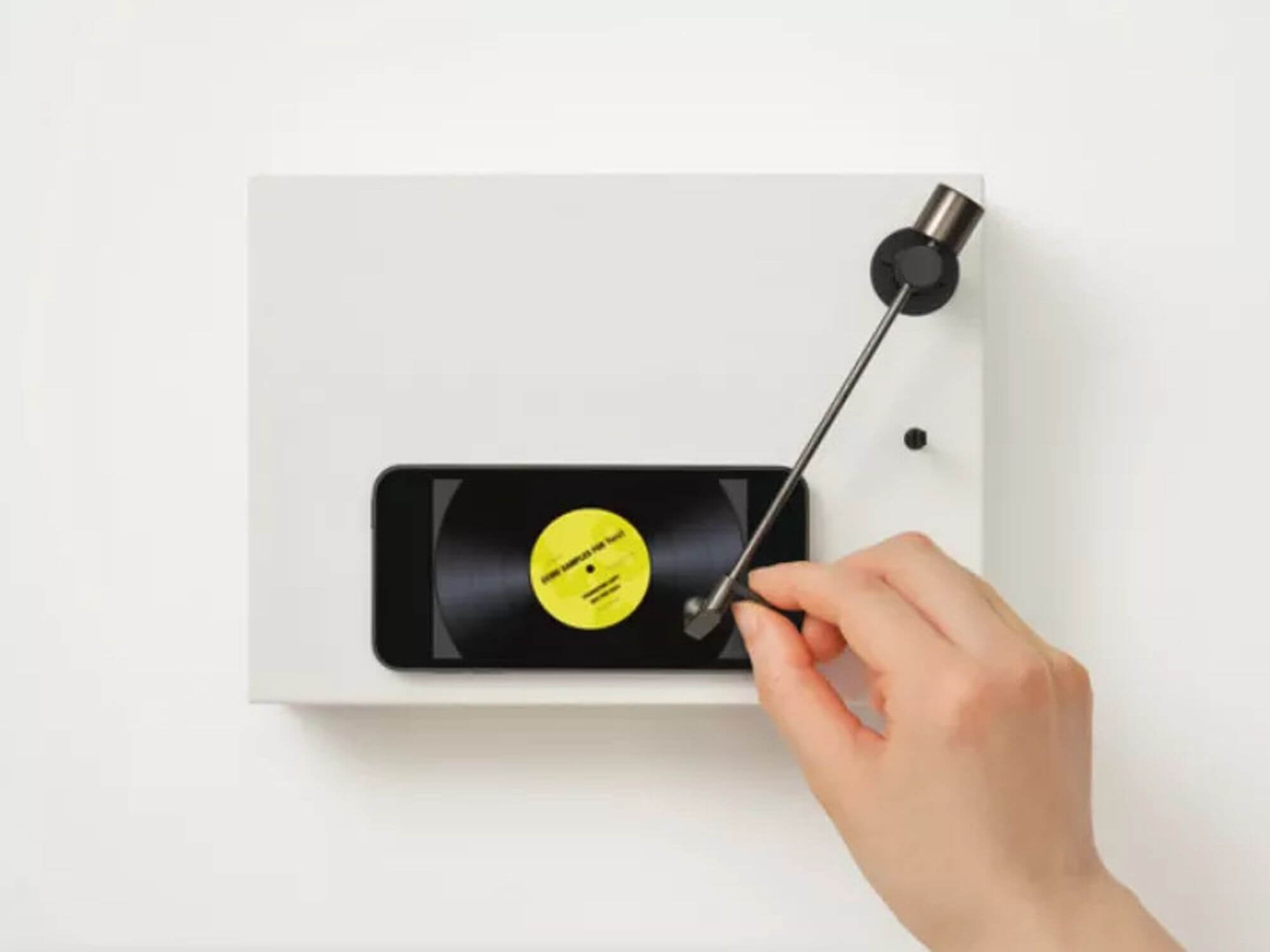 A series of new music-related prototypes have emerged from the Yamaha Design Laboratory’s “Stepping Out of the Slate” project — which aims to create more tactile music experiences that have been lost due to the rise of smartphones and digital screens — including a whacky device that turns your smartphone into a record player.

The first product born from Yamaha’s ‘Stepping Out of the Slate’ collection is the TurnT, a portable speaker slash-faux turntable that’s designed to work with your smartphone. Simply place the little tonearm on your phone’s screen to ‘spin’ the vinyl record that is on display. Playback will begin through a Bluetooth-paired speaker to the front of the unit. You can also swipe up to change songs or albums, and even reposition the stylus like you would on an actual record player.

The lab’s second creation is called the Winder, a traditional music box key with a modern twist. The device, when connected to your smartphone, will play “just one song” when the key is wound up. Sound movements are also generated according to the flutter of the spring, which gives your favourite digital track a touch of that classic mechanical wobble.

As for the third product, the MusicLight, Yamaha designers have come up with a candle that ‘plays music’ when lit up. Simply light up a candle to start the music playing from your smartphone, and blow it out to stop the music. “Like listening to a song around a bonfire, the flame flickers in unison with the sound, creating a rich atmosphere,” says Yamaha.

Finally, the RhythmBot is a quartet of tiny metronome robots that supports performers while they are playing their instruments. Each robot produces a unique acoustic sound. They can be linked to your smartphone to play rhythms to the tempo you are playing, or even accompany you in real-time during live sessions.

“In recent years, thanks to advances in information technology, new music experiences and music accessories are now offered by various smartphone applications. While these services are widely accepted for their convenience and are replacing traditional devices, we believe there is still a longing for more substantive and tactile interaction that cannot be achieved with touch panel operation,” says Yamaha.

As such, all four prototypes in the series are designed to work with smartphone apps.