Also great for the sound design of your next Battlestar Galactica fan film. 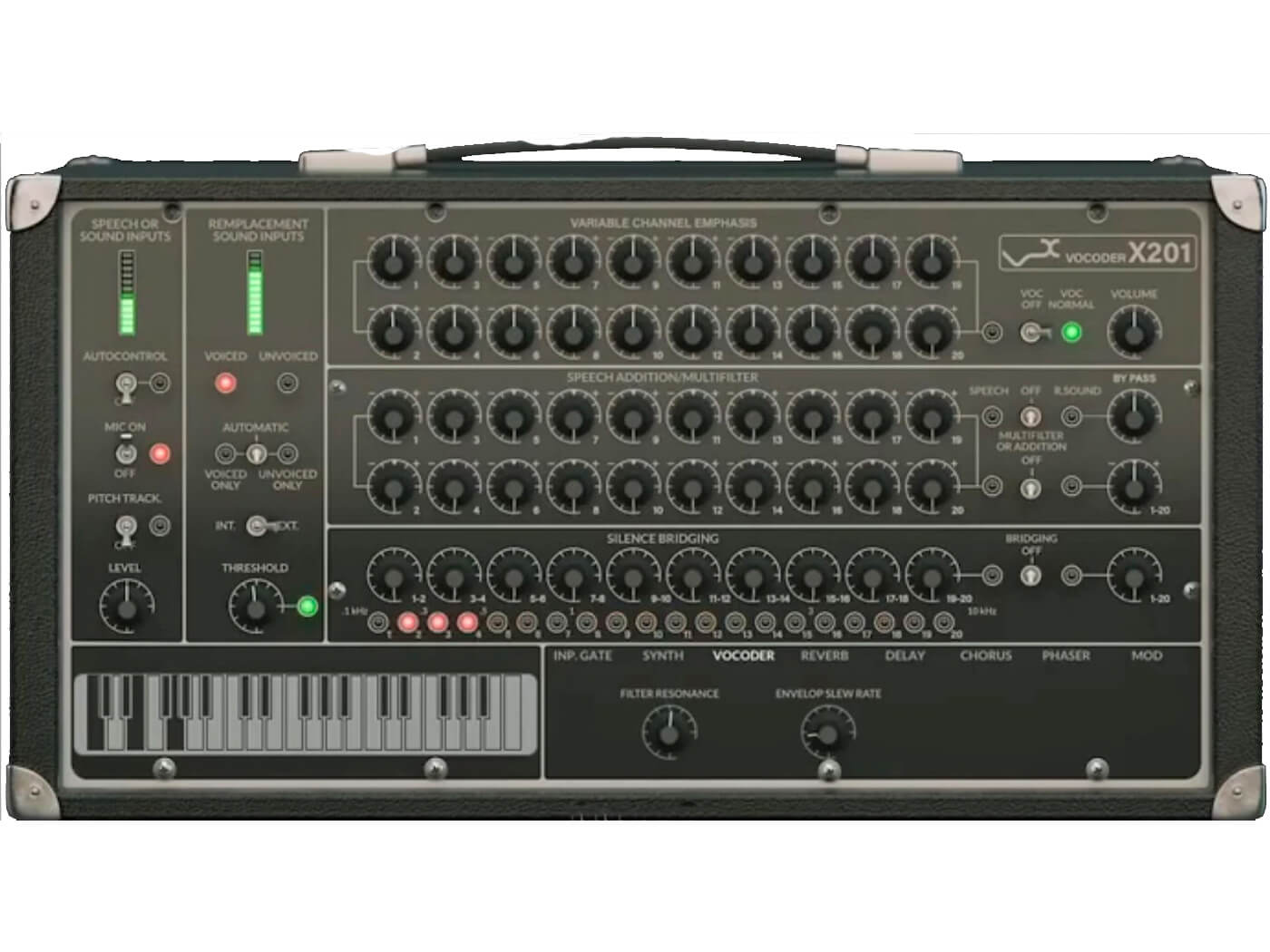 Xils-Lab has announced its latest software rendition of vintage vocoders, this time setting its sights on the Sennheiser VSM-201. The Xils 201 Vocoder aims to let music-makers attain the same ‘robo-funk’ sounds used by artists such as Kraftwerk, Daft Punk and Herbie Hancock.

The plug-in runs incoming signals through two 20-band filter banks – allowing specific frequencies to be accentuated in fine detail. Like a hardware vocoder, the Xils 201’s carrier signal can be set to use either the internal analogue synth, or an external source such as a microphone.

Xils 201 isn’t only for making your voice sound like a Cylon from Battlestar Galactica too, as it can be run with other instruments such as guitar or a drum machine. To further its usability with percussive sound sources, the plug-in equips a multi-band envelope follower engine (known as silence bridging). This essentially separates signals out into frequency bands, and lets you gate non-desirable ones.

These features cover what one might find on the original hardware VSM-201, but Xils-Lab adds on several onboard effects, such as chorus, phaser, delay, and an ‘early-style’ digital reverb unit. These effects can be custom routed through the plug-in itself.

As a workflow suggestion, Xil-Lab wrote: “Record your voice, even without actually singing, then choose the internal synth as the Carrier. Then you send MIDI notes to the Carrier to make your voice sing these notes (or chords, because the engine is polyphonic). Et voilà.”

Learn more about it at xils-lab.com.