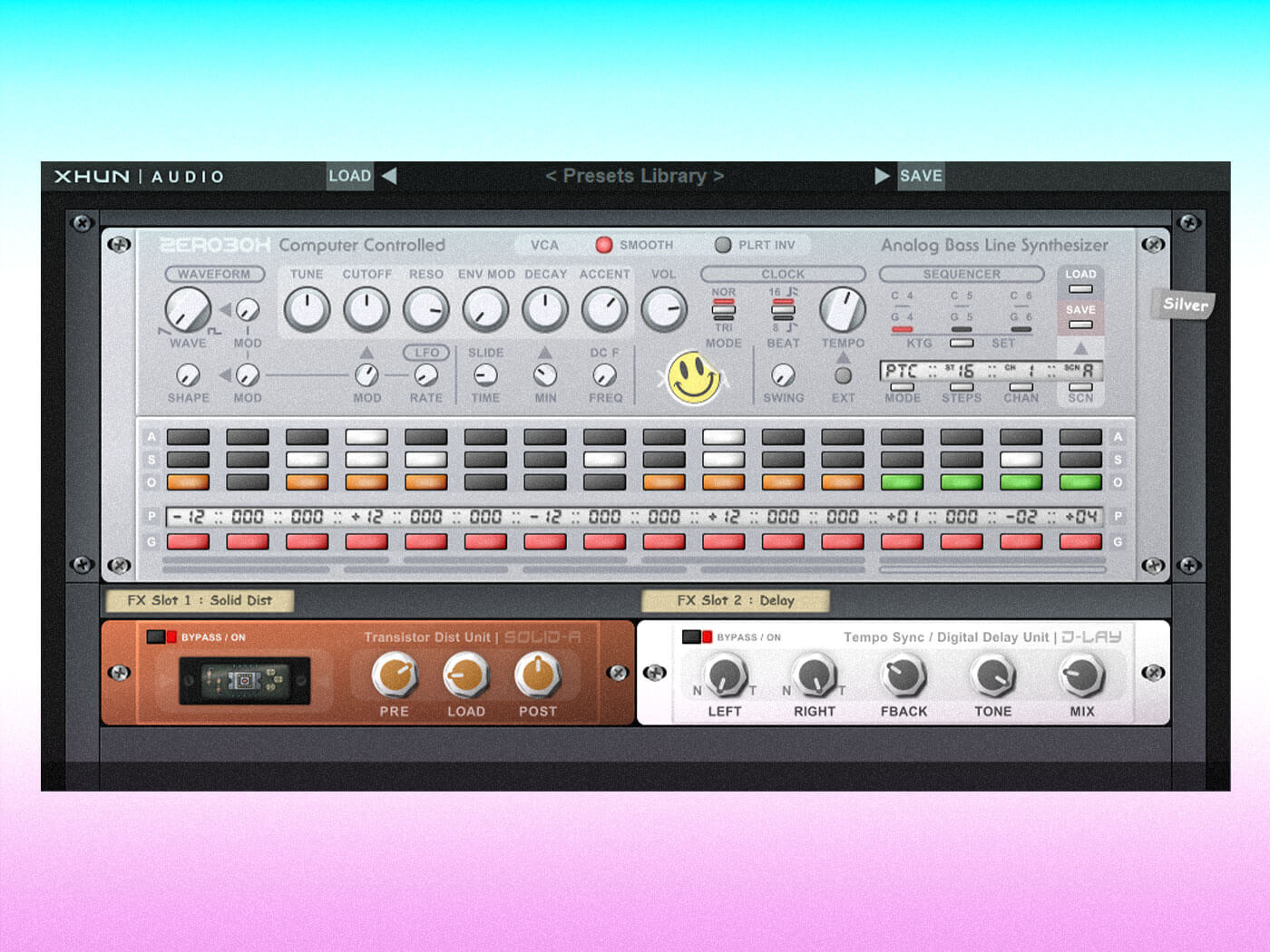 Xhun Audio has unveiled a new software emulation of the Roland TB-303, the legendary sequencer-driven bass synth whose sharp squelching became synonymous with acid house and the dawn of techno.

With a single square or sawtooth VCO and accurate replication of that iconic four-pole resonant diode low-pass filter, the Zerobox claims to accurately simulate the 303’s behaviour— both conventional and otherwise.

Beyond its fundamental functionality, The Zerobox offers up to six insert effects and two master effects. All effects are accessible from its single-view rack interface, in the form of chorus, flanger, an analogue-modelled vacuum tube distortion and transistor-based distortion, a digital foldback distortion, creative bitcrusher, digital delay and resonator-based reverb.

Xhun Audio says of the plug-in: “From the peculiarly shaped analogue oscillator’s waveforms to the iconic 4-pole diode ladder analogue filter, from the biased envelope generators to the so-called gimmick circuit, everything is faithfully preserved in ZeroBox – including the uncommon interlinks and interactions between the different components.”

Introduced in the early 80s, the TB-303 was not warmly received upon its release, but after finding early adopters in bands like Orange Juice and Charanjit Singh, its unmistakeably off-kilter character came to earn the 303 cult status and a home in the studios of many of dance music’s most iconic figures. Xhun Audio’s emulation joins a lineage of 303 clones, from Behringer’s TD-3 to Roland’s own TB-03 miniaturised reissue.

The Zerobox is now available at an introductory price of €39, after which it’ll retail for €89. It runs as a 64-bit VST, VST3, and AU plug-in on macOS and Windows.

Find out more at xhun-audio.com