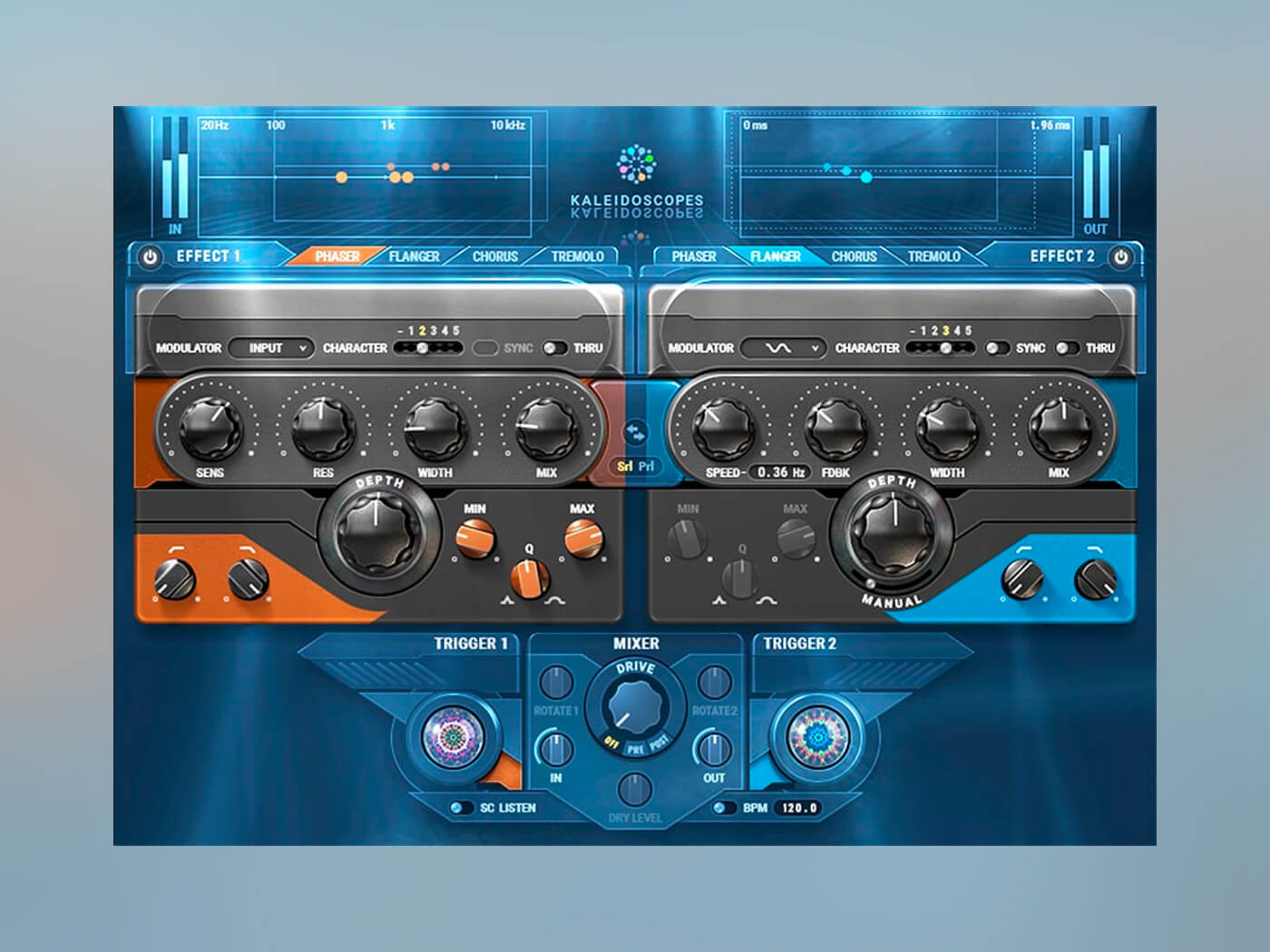 Waves has announced Kaleidoscopes, a plug-in suite with four classic modulation effects that can be combined for even dreamier results.

Kaleidoscopes’ two engines let you operate two classic modulation effects at once, giving you the keys to a 60s-style phaser and flanger; 70s-style tremolo, and an 80s-style chorus. On each, you’ll find your standard fare of mod controls, which include speed, resonance, width and depth knobs.

Where things get transcendental with Kaleidoscopes is when you meld two effects together through the plug-in’s ‘Dual Cascade’ architecture. Essentially, this lets you run two mod effects in parallel or in series with one another.

For further tone tweaking across the plug-in, there’re also five analogue character modes, a Thru mode for assigning wet signals to one channel and dry signals to another, and low- and high-pass filters.

With Intelligent Triggering, Kaleidoscopes becomes a more versatile live performance tool – letting you assign when an effect starts or stops in relation to input signals. Meanwhile, you can also set your own performance as the effect’s mod source to drive the effect yourself.

Check out Waves trailer for Kaleidoscopes below:

Kaleidoscopes is offered at an introductory price of $64.99 (usually $99.9). Waves is also having a summer sale right now, meaning you can get Kaleidoscopes for $38.99 with the coupon code: LASTCALL.