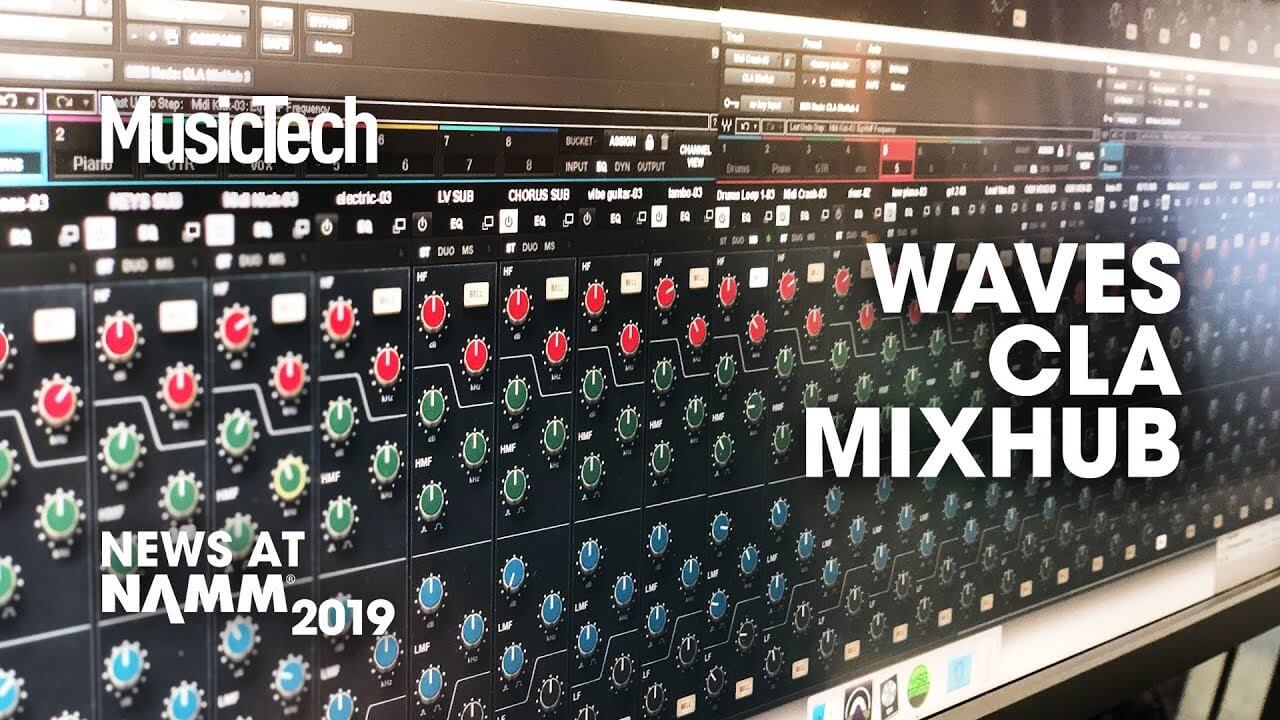 Waves has unveiled the CLA MixHub, a plug-in inspired by the unmistakable sound of the iconic mixer, Chris Lord-Alge.

Where regular plug-ins work on one channel at a time, the CLA MixHub can work on eight buckets – or groupings of up to eight channels – at once. If you do the math, that allows you to tinker with up to 64 channels from one window. This gives you a broader mixing perspective of how one track’s processing effects interact with others within a single track.

In terms of sound, the channel strips take point from Lord-Alge’s own personal console, the very same one that he’s used to mix hits by Green Day, Muse, Keith Urban and more.

With CLA MixHub, you can assign tracks to various buckets and begin editing on the fly, tweaking parameters without having to alternate between plug-in windows in your DAW. Furthermore, you can toggle between Bucket View for control of up to eight channels at once, or Channel View for the conventional single channel control.

Here are some details:

Watch our video above to learn more.