For when a low-end EQ boost doesn’t cut it. 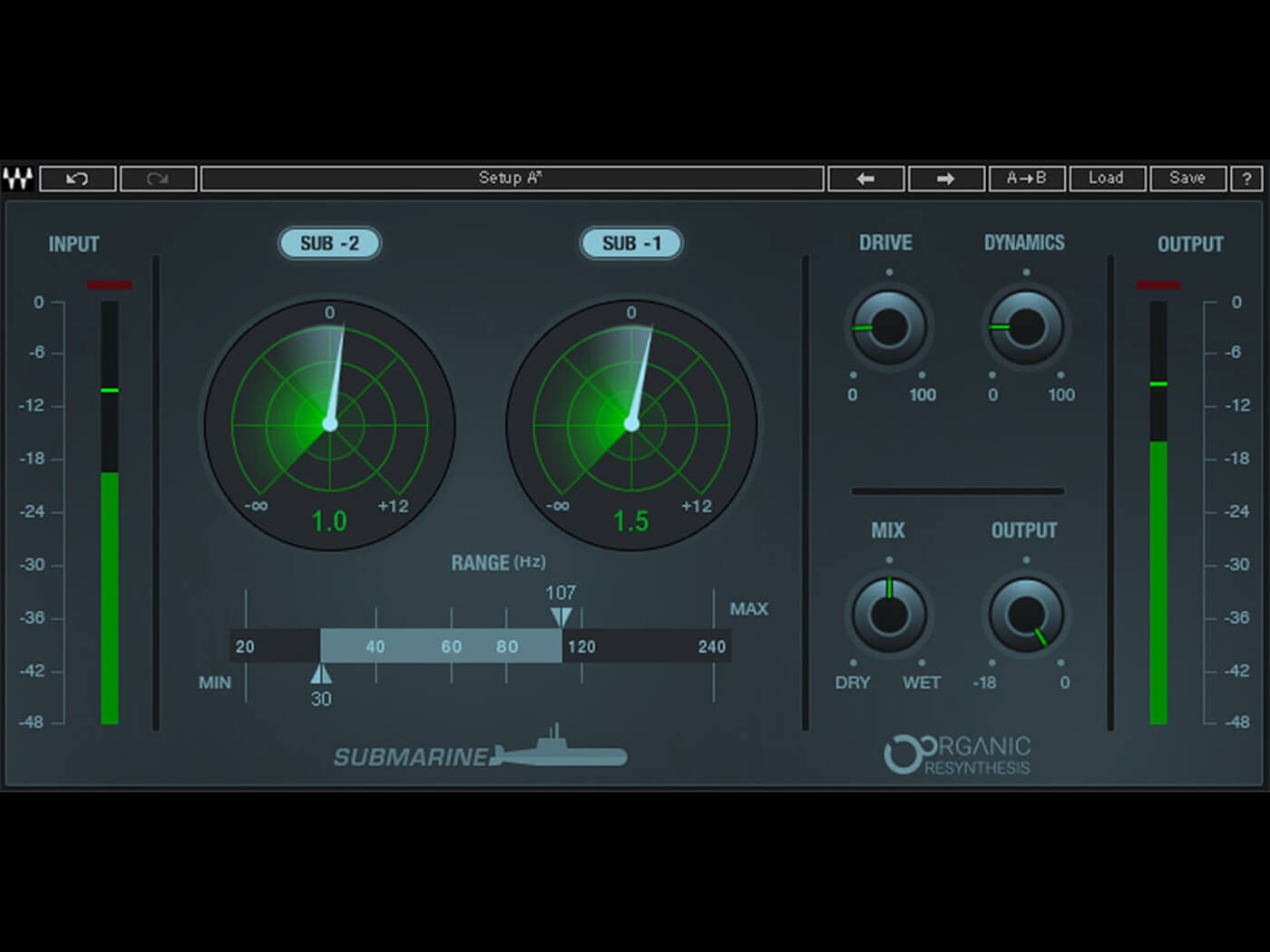 Waves Audio has released Submarine, a plug-in that lets you add deep, clear sub-bass to your track. This tool is intended for situations where LF content is insufficient for a low-end EQ boost to make a difference.

At the heart of Submarine are two sub-generators, which are designed to process sources such as kicks, bass and full mixes, and add new subharmonic frequencies that go as low as two octaves below the chosen frequency range, according to the brand.

Powering these generators is the brand’s Organic ReSynthesis engine. This tech is said to divide a signal into its constituents – carrier, pitch, formant and envelope – and process each component independently, then re-combine them as a fresh sub frequency that retains the original’s pitch and time.

As for controls, Submarine boasts a Range slider – 20 to 240 Hz – that sets the sub sounds’ frequency as well as Drive, which dials in saturation and “glues” your added subharmonics to the full mix. There’s also a Dynamics knob which lets you tweak the character of subharmonics, going from “short, transient sub sounds to heavier compression for longer sustained sub-notes”, claims the brand.

Check out a demo of Submarine below: