“This sound is too much for it. It’s crashed. But that’s a nice little characteristic. The only way to stop it is to turn it off.” 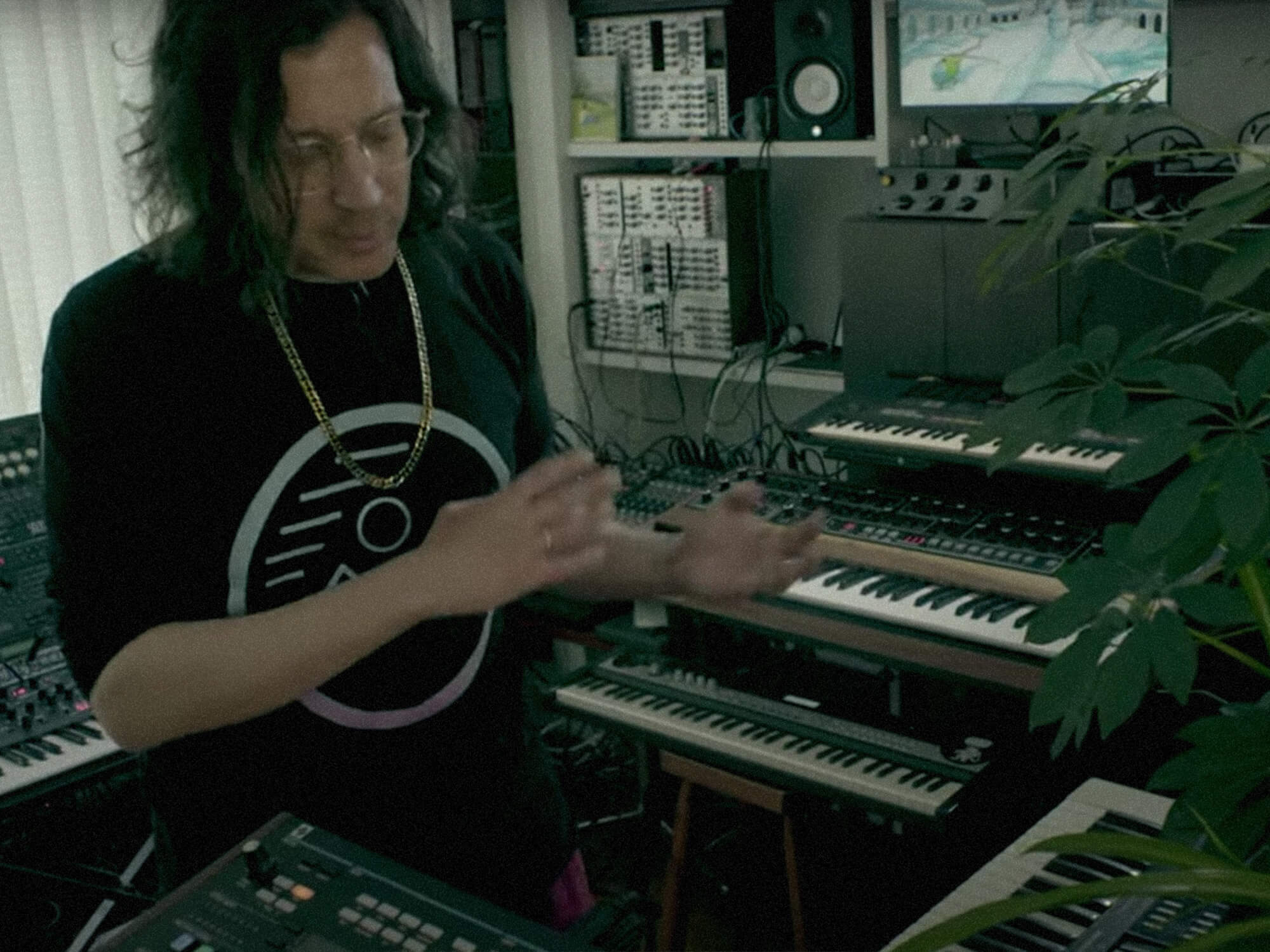 Synthesizer legend Legowelt has featured in a video where he walks viewers through his studio setup, focusing mainly on his collection of affordable 1980s ‘home’ synths.

READ MORE: INVT and Skream on blending Latin beats with dubstep and garage: “If you’re going to play this game, try to figure out a way to play it right”

The video, published by Thomann, shows the Dutch producer – known to fans as Mr Synthesizer – explaining how he used his extensive hardware collection from the Legowelt studio in The Hague, Holland, to create the soundtrack for his own animated movie, Ambient Trip Commander.

The more low-end “amateur sounds” of ‘home’ keyboards on display reflect the hand-drawn nature of the animated film, Legowelt – real name Danny Wolfers – explains. Some of the keyboards were collected in thrift stores for as little as €30.

He proceeds to tell viewers about the “weird stuff” he has to show them, showing off the series of synths, including the monophonic JVC 1981 KB700. “Also from the thrift store,” is the Yamaha PSS480 FM synthesizer, which Legowelt pairs with his “luxurious, fat” sounding high-end Prophet-5 synthesizer to create a unique contrast.

He then moves on to the characterful Korg Microstation, which he explains was a “complete flop” when it was released but has become one of his favourite synths, due to its similarities to a Rhodes synthesizer and its distorted sound. The slow chip causes the keyboard to crash, which Wolfers describes as a “nice little characteristic”.

Danny also runs through his effects rack which includes an SDD digital delay and the first ever AKAI sampler, the S612. He also plays a synth through the 12-bit Alesis Midiverb 2, which is a retro reverb with an “intense” feel. At this point, Legowelt explains how he prefers old, unrealistic reverbs and finds realistic reverbs “scary”. “It’s more relaxing for the brain,” he says.

The full video can be watched below.