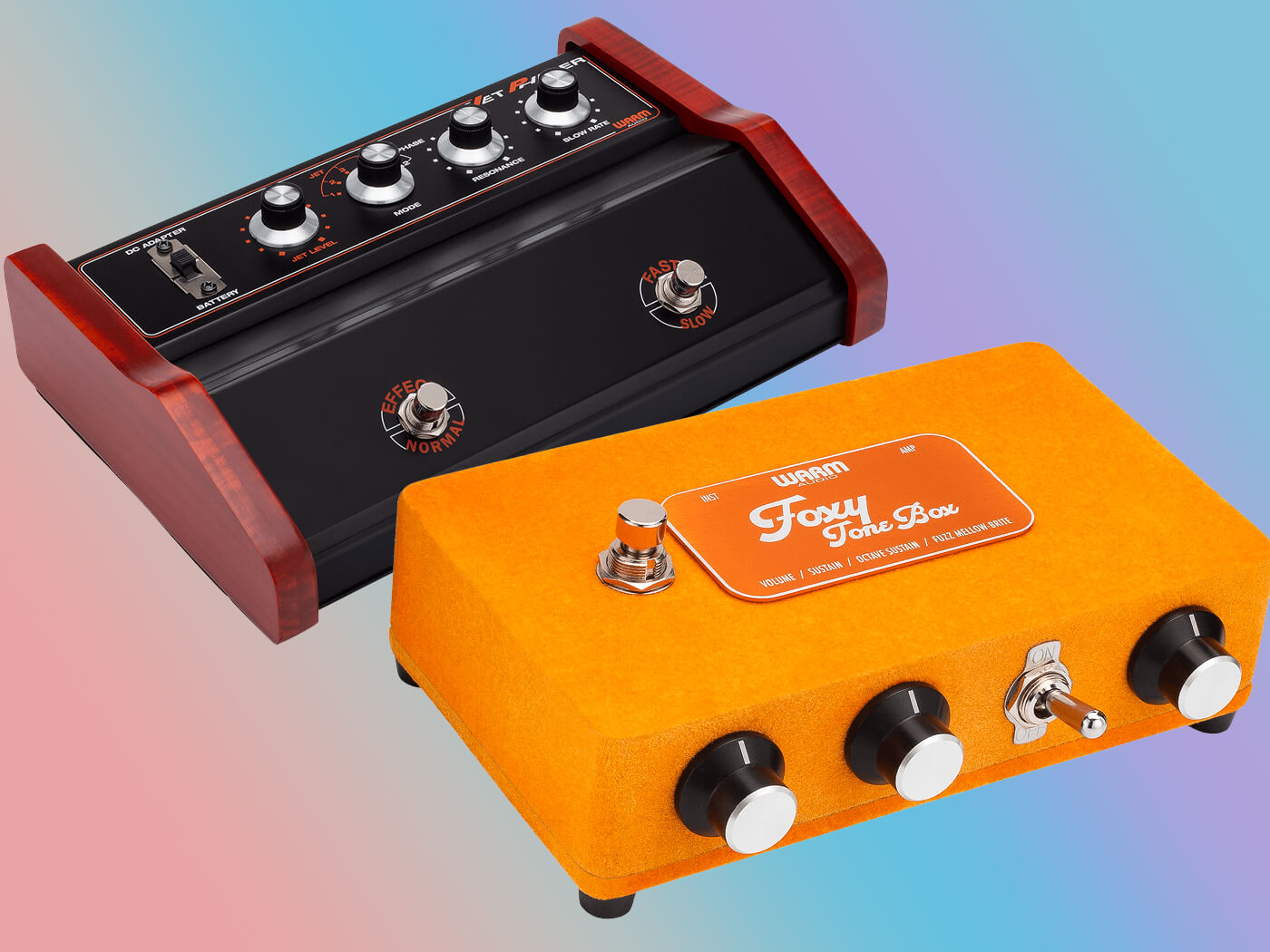 The Foxy Tone Box and Jet Phaser draw from two rare guitar effects units from the 70s, albeit with some modern features and with greater reliability promised.

Warm Audio’s take on the Foxx Tone Machine closely follows the analogue circuitry of the original, including the use of NOS Fairchild germanium transistors. For increased reliability, however, it incorporates germanium diodes, high-watt carbon resistors, and film capacitors into its build.

Its control section offers pots for volume, sustain and fuzz (dialling up from Mellow to Brite), along with a toggle switch for engaging the pedal’s octave effect. Pairing higher dirt settings with the octave effect results in intense bouts of sputtery and squelchy fuzz. For a better idea of how this sounds, take a listen to a demo below:

The Foxy Tone Machine also pays homage to the original in terms of its look (and feel), featuring an enclosure wrapped in thick orange velvet.

Roland’s Jet Phaser isn’t necessarily only a guitar effect, as it also pairs well with keyboards, vocals and other sources. Warm Audio’s reproduction of the celebrated fuzz/phaser pedal was designed to mimic the original, both in terms of sonic character and in its look and feel. The pedal gives you six modes, two labeled Phase and four labeled Jet. The latter options engage a fuzz effect that delivers the pedal’s more exaggerated effects.

There’s also a resonance control for dialing in a filtered effect; a fast/slow foot switch that can max out the effect’s rate at a tap, and a slow rate knob which controls how gradually the effect speeds up or slows down, and sounds very similar to how a rotary cabinet functions.

While the original Foxx Tone Machine and Roland Jet Phaser have both been sighted on the used market for roughly $600 a pop, the former is somewhat of a white whale in recent years. The Foxy Tone Box and Jet Phaser, on the other hand, are priced at $149 and $199, respectively.