The sibling of the Quantum is available now. 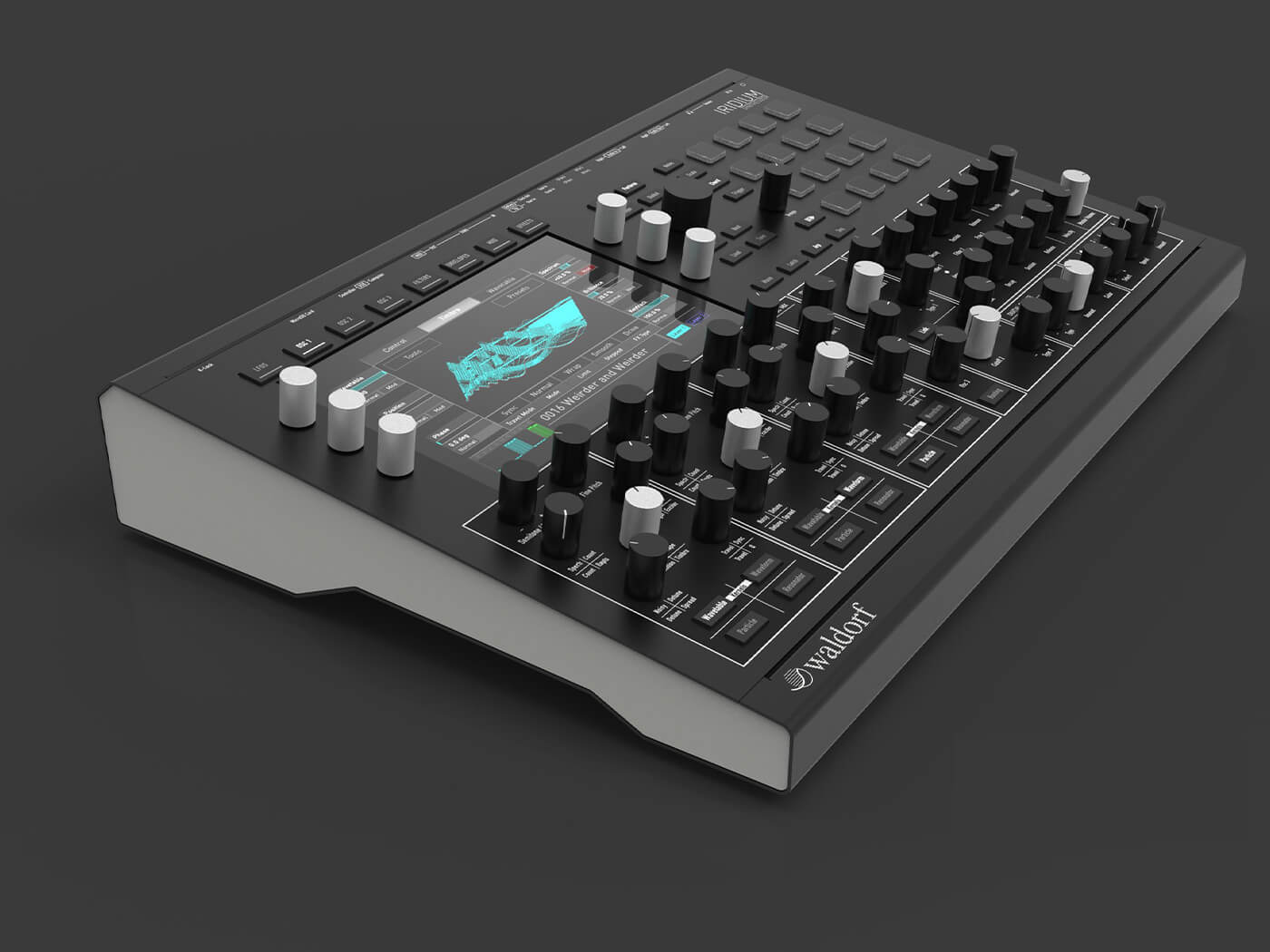 This week, Richard Devine set the synth community ablaze with speculation after he posted a picture of an unconfirmed Waldorf synth on social media. The German synth manufacturer has now announced the Iridium, a desktop follow up to the mind-blowing Quantum. 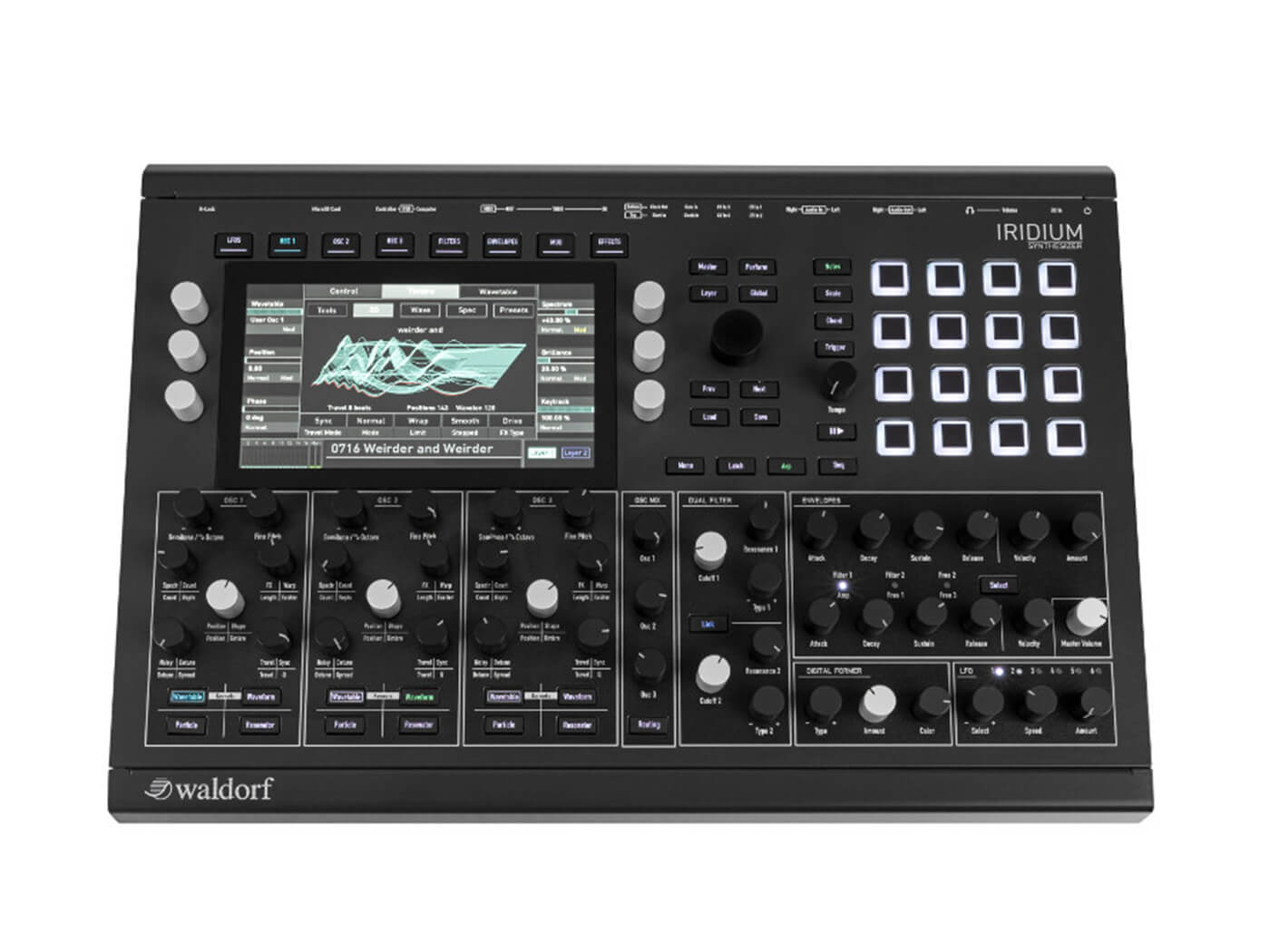 As a direct descendant of the iconic PPG synth series of the 80s, Waldorf Music has become renowned for its elite and impressive wavetable sounds. As a result, Iridium can be used for creating a vast, diverse collection of tones, from subtle pads to brute basslines with ease. Up to eight waveforms are simultaneously available per oscillator, with detuned modes, tuneable noise and hard sync. Check out the sound demo below

With Iridium’s Particle engine, granular synthesis is made possible with stereo sampling and access to 2GB of preloaded samples. You can also load in your own sampling material via USB or MicroSD connections.

Resonator lets you get creative with multi-samples from the flash memory or noise, with an exciter and a host of spectral parameters to modulate. This could be an asset in generating animated sounds and drones, which could then be further manipulated and modulated with Eurorack fanatics. Iridium’s four CV connections welcome further connectivity, making it a breeze to include in your modular rig.

Six Kernal operators may have you crafting FM tones of the 80s and futuristic textures that are “spectacularly different-sounding”, the brand says. Apparently, though, you won’t be contending with complex routing and programming, as Iridium’s multi-touch display gives you clear visualisation when processing new sounds.

All three oscillators can each play one of the sounds generators – Wavetable, Waveform, Particle, Resonator and Kernels. This means that sound design can come quite naturally to users of all levels, before heading into the dual filter section.

Six LFOs are onboard, with six loopable envelopes, which can all be linked and operated within the 40-slot modulation matrix. Again, this is made easier to program with the high-res multi-touch display. 16-voice stereo polyphony is available with Iridium, plus the ability to layer two sounds or play them simultaneously with the split function. Once you’ve dialled in your perfect patch, hit save and fill one of the 7,000 slots available for patch saving.

If you’re lucky enough to have a Waldorf Quantum as well, you’ll be able to transfer patches between Iridium and Quantum. The cross-compatibility means that the Iridium Synthesizer comes complete with an extremely extensive sound set from the get-go. With presets from world-class sound designers and a high ease-of-use factor, it seems that Iridium is designed to inspire you as soon as you turn it on.

Iridium is available through Waldorf Music’s  at of €1,960. Find out more at waldorfmusic.com