The synth also expands its control interface to feature one-knob-per-function. 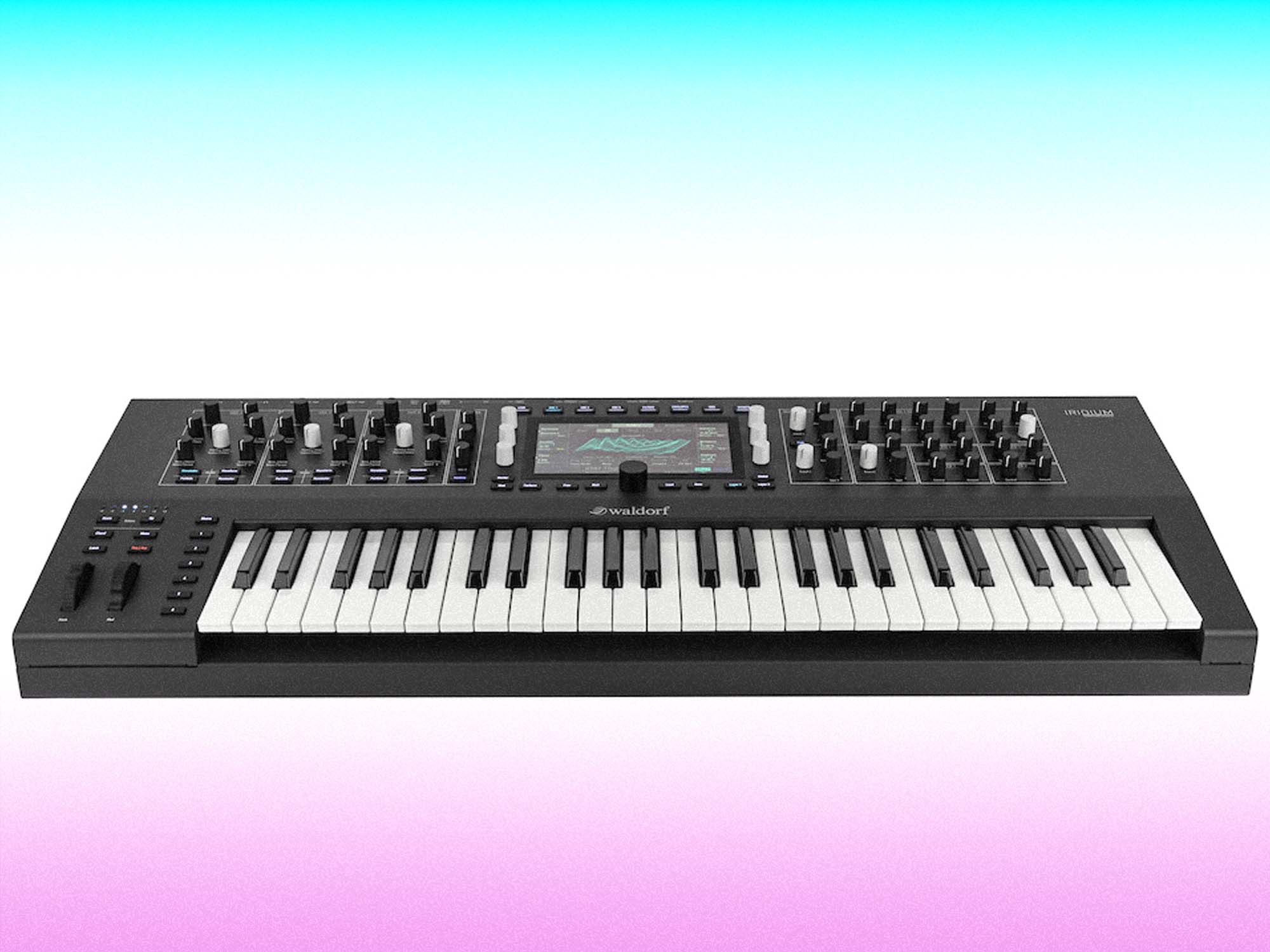 Waldorf has introduced a keyboard edition of its desktop Iridium synth, with a four-octave keyboard and polyphonic aftertouch capabilities for more dynamic performances both onstage and in the studio.

Polyphonic aftertouch, which leverages MPE (MIDI polyphonic expression) data, lets users add dynamics to their performance by applying more or less pressure on keys after striking them. For example, you could use this to add modulation to your signal, alter the behaviours of note ADSR, and more depending on your configuration.

Waldorf says the implementation of MPE-support to the Iridium Keyboard allows it to “behave more like an acoustic instrument in terms of spontaneous, polyphonic sound control.”

Further, changes have been made to the synth’s front panel, expanding its controls to one-knob-per-function for a more immediate workflow. Users also get six freely-assignable macro buttons.

Going into its sound generators, the Iridium Keyboard has three oscillators: Wavetable, consisting of single cycle waveforms; Particle, which lets you manipulate samples on a granular level, and Resonator, which draws multi-samples from USB memory or noise to create modulated sounds and drones.

40 modulation assignments are available with independent parameters for source, amount and destination, as well as support for MPE data.

For inputs, you’ll find two audio jacks for external signals, CV inputs, gate and trigger in, clock input and output, control and sustain pedal inputs, as well as both USB and DIN MIDI. As for outputs, there are two audio outs and a headphone output with its own volume control.

According to Waldorf, the Iridium Keyboard draws from the industrial design of Axel Hartmann, while its operation should have it considered a descendant of Palm’s PPG Wave synth series of the 1980s.

For a better idea of the synth’s capabilities, check out Waldorf’s demo below:

The Iridium Keyboard is available now at €2,989.