Slot the unit into your home sound system and play your gorgeous, dusty, old records in every room in the house. 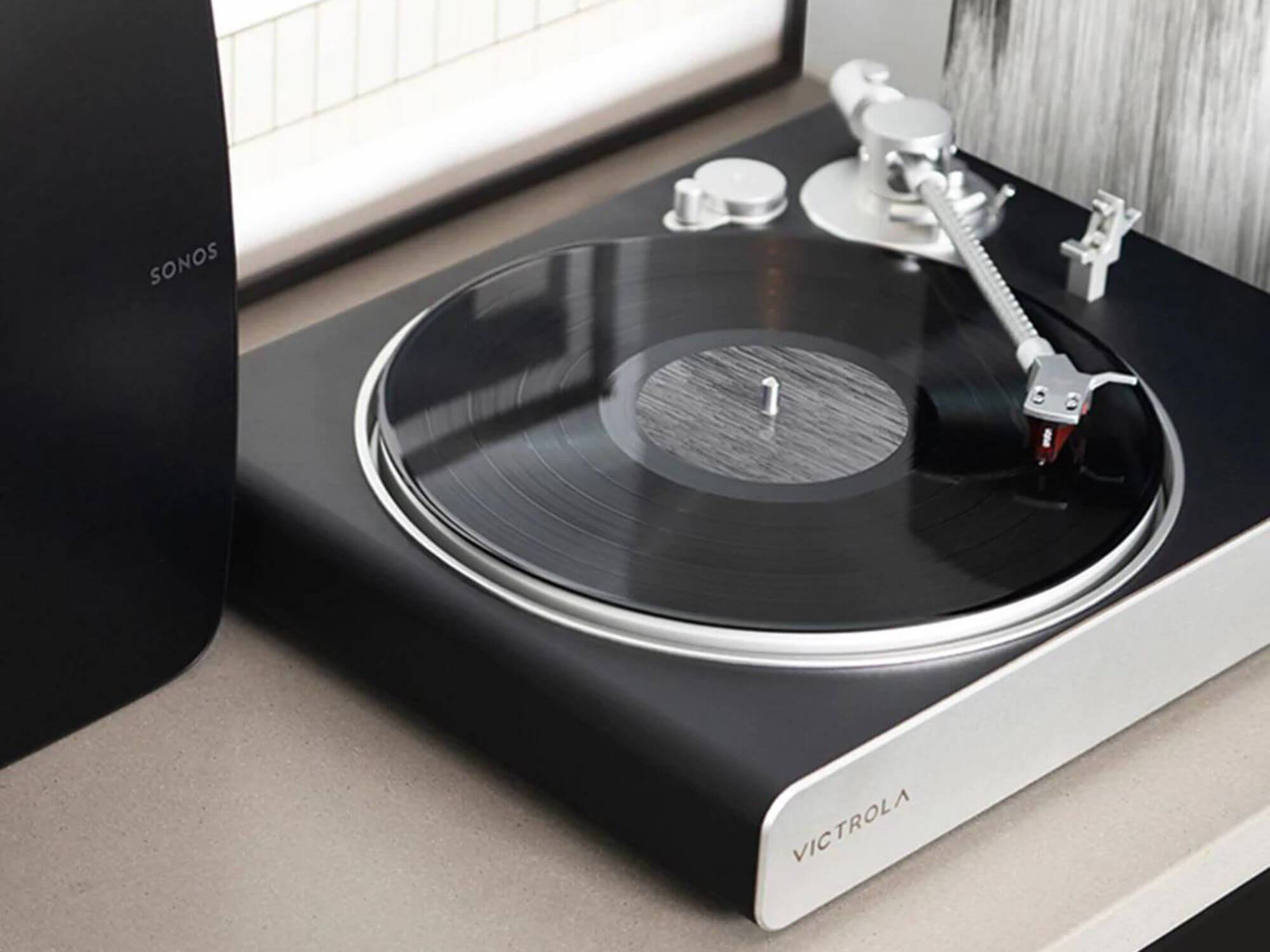 Victrola’s latest addition to its extensive range of turntables is the Sonos-compatible Stream Carbon model. Unveiled last week, the device is expected to make integrating vinyl playback into a pre-existing home sound system easier than ever.

Designed to be perfectly compatible with a home Sonos setup, Victrola’s turntable will fit into your multi-room sound system from the moment you take it out of its packaging, so says the brand.

Controllable via your smartphone using the Sonos app for iOS and Android, the sound of your beloved record collection can be heard from any Sonos speaker in the house, bringing full control to your fingertips.

According to the CEO of Victrola, Scott Hagan, the inspiration behind the turntable came after learning how many Sonos owners are also avid record collectors that would be inspired to listen to their record collection more if it could be played through their wireless sound system.

Of course, you can use the turntable without any Sonos devices and with your current sound system. You can control it using the deck’s numerous physical parameters or the dedicated Victrola Stream app.

Victrola says the Stream Carbon model is built with “premium metal turntable components.” All set upon the low-resonance veneer plinth, these components include a carbon fibre tonearm, an intricately machined aluminium headshell and a premium Ortofon 2M Red cartridge.

The Stream Carbon turntable is available for pre-order now for £720 and is expected to ship in October 2022. Victrola says the Stream range of devices is currently being expanded, with more devices set to be launched in early 2023.