Just another way to bang out beats on the go. 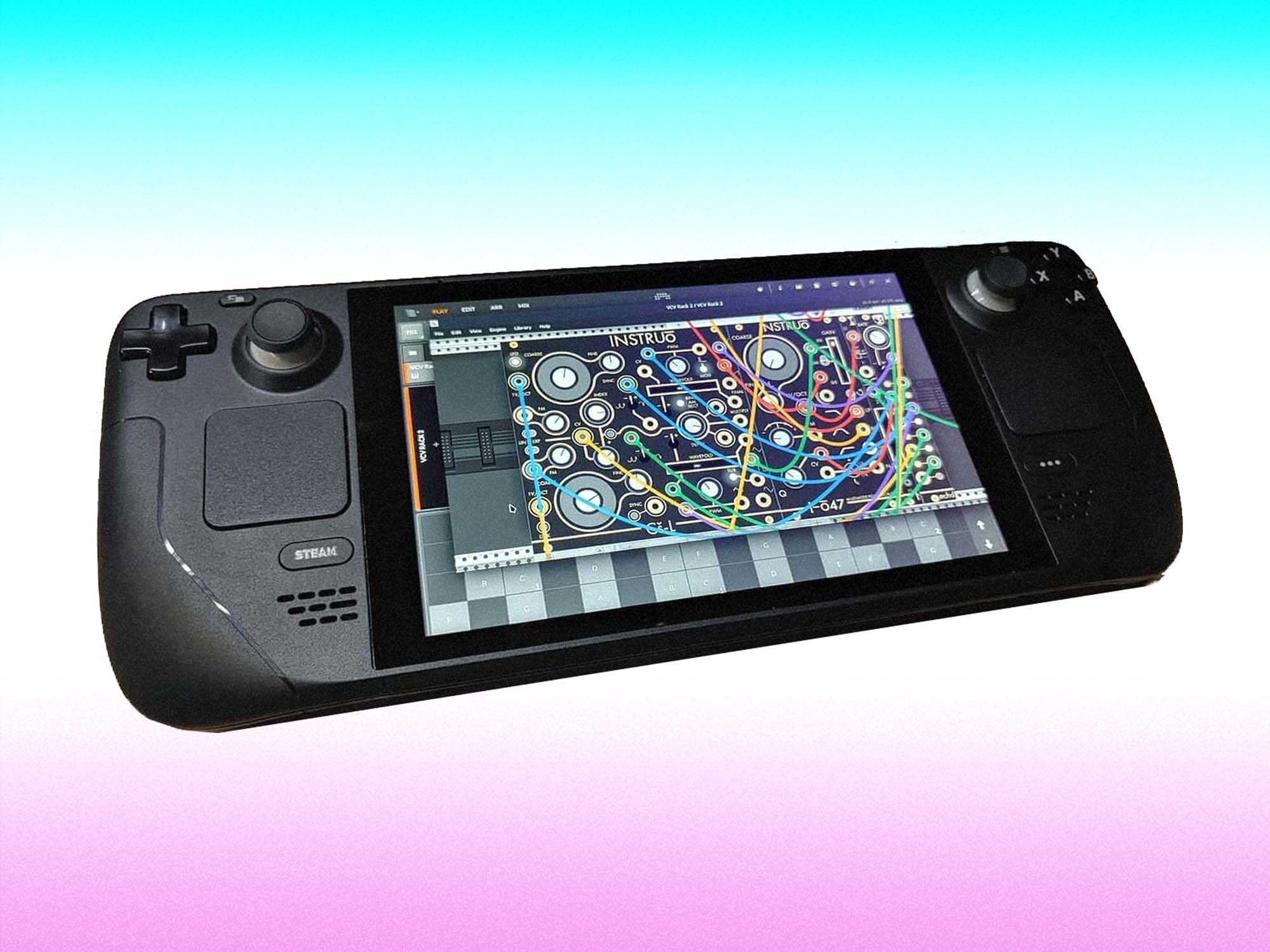 Valve’s new portable gaming device, the Steam Deck, can seemingly be used as a synthesizer and a DAW.

The portable gaming computer, which can also be connected to a monitor in the same manner as the Nintendo Switch, can run a series of music programmes such as Bitwig Studio, VCV Rack 2 Pro (as a plug-in), and PulseAudio.

Musician Aroon Karva, who managed to get his hands on one of the sought after new machines, spoke to CDM about his experiences running these programmes on the handheld device.

Karva explained that you can grab Bitwig Studio through a flatpak install, directly from the included Discovery App, while VCV Rack is installable without the flatpak.

“VCV doesn’t offer a flatpak, but it’s just as easy – go to the VCV site, download the Linux version of the program, then follow the instructions to place folders in certain directories on your machine.” Aroon notes.

Focusing on the actual device itself, it is being coined as a PC take on the Nintendo Switch, with the OS under its casing closer to a computer than a standard hand-held gaming system by using an AMD SOC built by Quanta Computer.

SteamOS is derived from the familiar Ach Linux distro, and the desktop GUI is KDE Plasma.

The games that are played on the device are not all Linux-native, so Valve also uses a customised Wine compatibility layer, which they call Proton. For audio purposes, this means you can definitely run your Linux-native software, and possibly even run some Windows VST plug-ins.

Aroon hasn’t made it clear whether or not you can hook up a mobile audio interface but, if you can, that’s some serious portability for music-makers.

The Steam Deck is currently heavily back-ordered, but you can visit SteamDeck.com for more information.