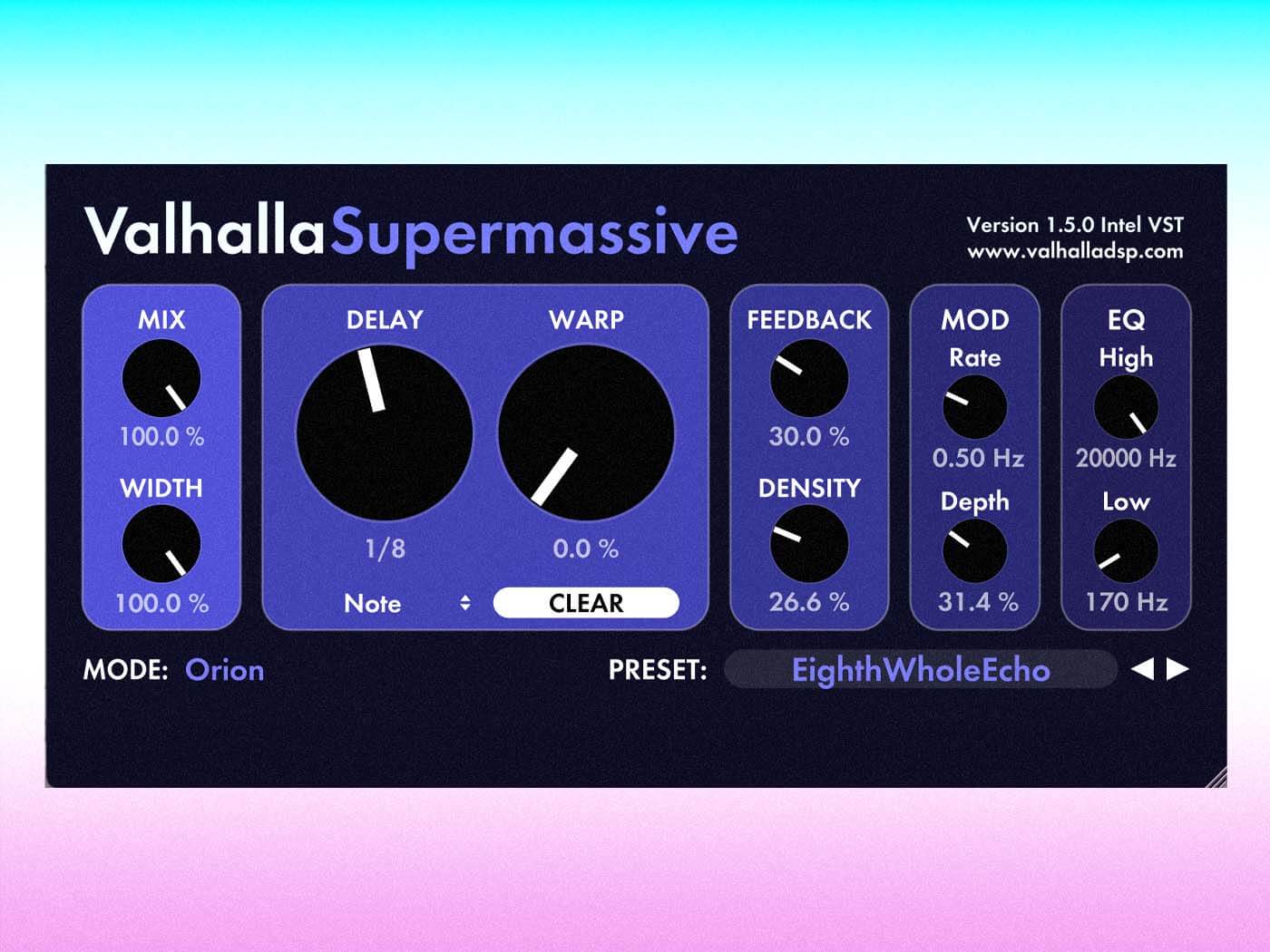 The two algorithms are based on advanced reverb principles posed by mathematician and audio technologist Michael Gerzon in his feedback delay network theory – which you can learn about more in this Valhalla blog post.

Cassiopeia and Orion, the names of the new modes, offer sparse reverbs that quickly build in density, offering plenty of interesting sonic fluctuations along the way.

And to aid music-makers with their navigation of the self-admittedly “weird” reverb algorithms, Valhalla has included a number of presets that show off their capabilities.

“Orion and Cassiopeia are definitely not conventional reverbs,” wrote Valhalla in a blog post. “These are weird, tricky reverb & delay algorithms, and we’re offering them to you in the spirit of exploration!”

“In order to help guide you on your curiosity voyage, we’ve created a number of presets under the LATE 2021 preset folder that showcase some of the applications of Cassiopeia and Orion.”

The update arrives after last year’s addition of the Cirrus Major and Cirrus Minor modes, which call back to modulated 80s digital verbs.

The updated version of Valhalla is available now at valhalladsp.com at no cost.