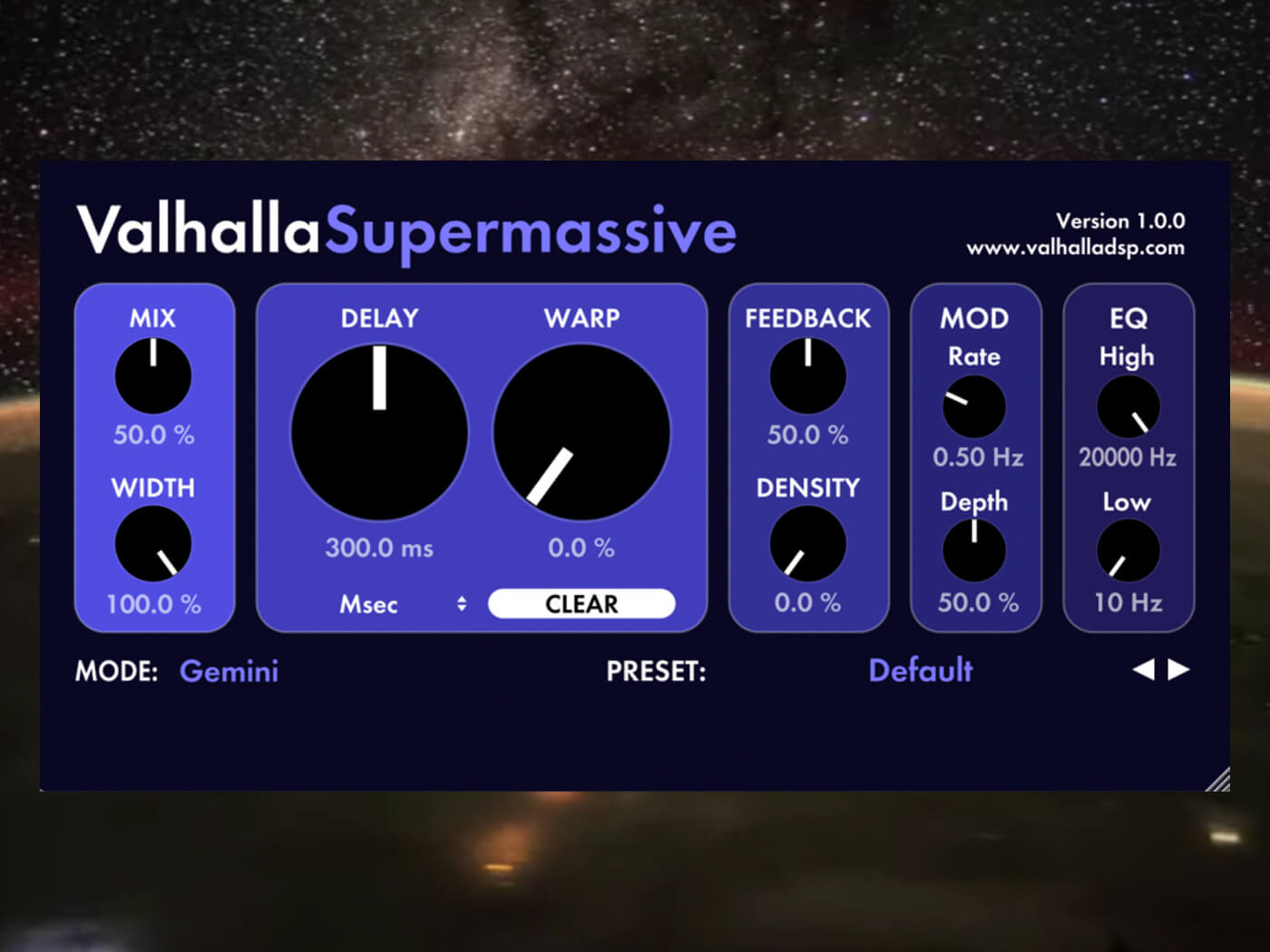 Continuing its cosmic naming theme, the news modes, Cirrus Major and Cirrus Minor are said to offer “bumpy” and “rough” reverberations – plus loads to explore when it comes to dialling in that feedback knob.

“[The new modes] create echo patterns that repeat in weird ways,” wrote Valhalla in a statement. “The density is far less than other modes, and even at their densest you can hear strange repeating patterns.”

Cirrus Major is the denser of the two and has a shorter pre-delay. According to Valhalla, it’s possible to summon intense modulated patterns by dialling up on the warp and density controls.

“If you turn Warp up to 60% or more and turn Density up to 100%, you can use the Cirrus Major and Cirrus Minor modes as an 80s modulated reverb,” it explained. “There will be a fair amount of pre-delay baked into the sound, but this is useful for emulating the sound of something like the H3000 Swept Reverb.”

Try out the update yourself at valhalladsp.com.