The interfaces are designed to work with Mac, PC, iPhones and iPads. 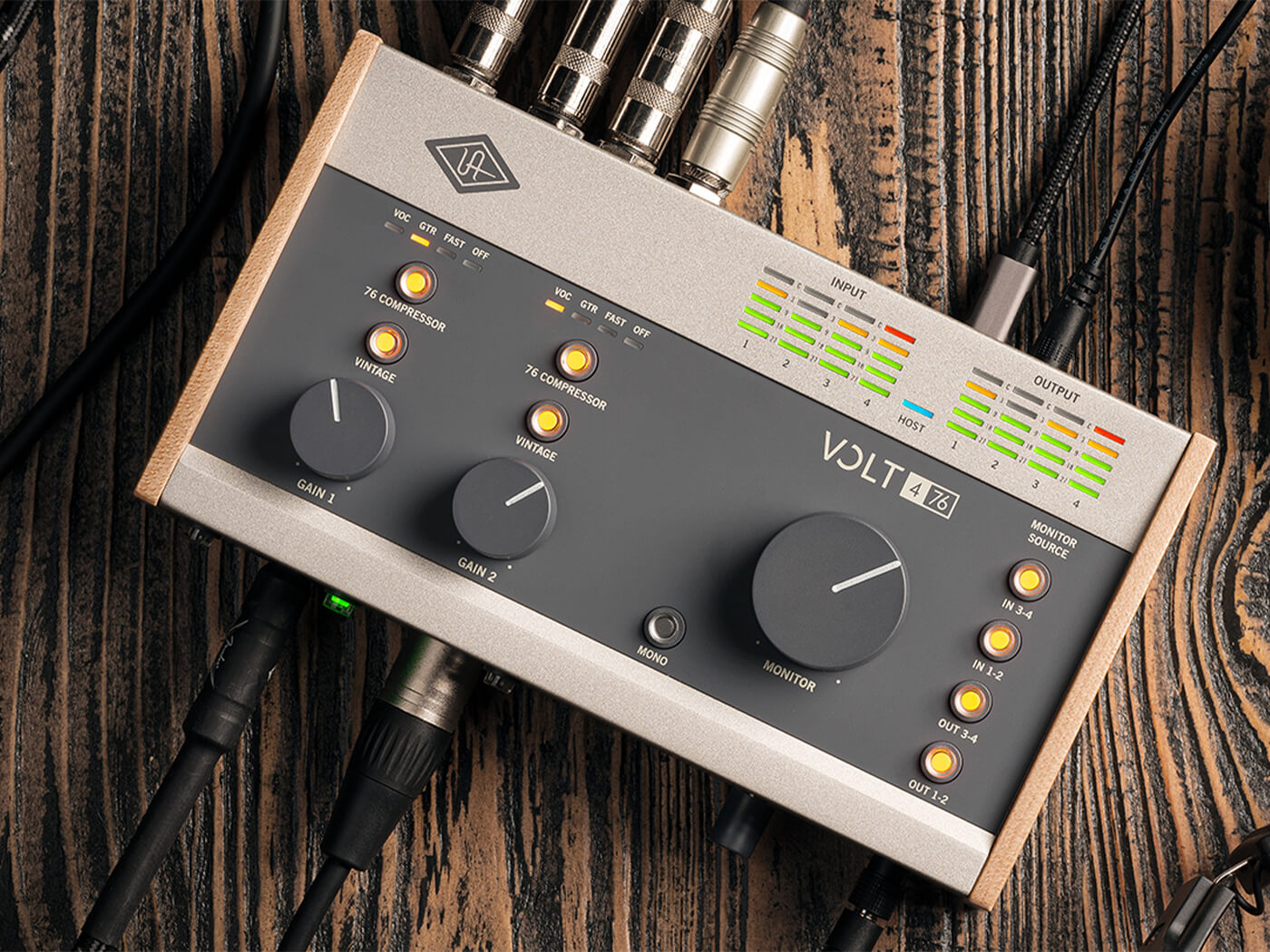 It isn’t just their enclosures that are brimming with vintage flavour – Universal Audio’s new Volt Interface series pack analogue 76 compressors and emulated circuits that call back to a classic tube console preamp.

The interface series breaks down into five models, and while all of them feature Vintage Preamp mode, only the ones with ‘76’ in the name come equipped with the analogue compressor.

The Volt 1 and Volt 176 have one input and two outputs, while the Volt 2 and Volt 276 have two inputs and two outputs. Meanwhile, the larger Volt 476 offers four inputs and four outputs and is powered with a separate power supply.

The Vintage Mic Preamp mode is available as a secondary voice option and is modelled after the UA 610 tube console preamp. According to UA, the emulation circuitry “allows users to dial in rich, full sound on vocals and instruments.”

The 76 compressor circuit is fully analogue and is based on the iconic 1176 rack compressor. It comes with presets that can quickly add clarity and punch to tracks.

As for the interfaces themselves, they offer flexible recording features, with independent phantom power, direct-input monitoring and both input and output metering. Recording resolution goes up to 24-bit/192kHz recording on Mac, PC, iPad and iPhone.

The interfaces also come packaged with a software suite, including Ableton Live Lite, Celemony’s Melodyne, UJAM’s Virtual Drummer and more. You can access the included software, instruments and plug-ins after registering their Volt with the UA Connect companion app.

The Volt series interfaces are available for pre-order now and will launch in late November, priced between $139 to $369. The Volt 2 and Volt 276 will also be available in a Studio Pack that includes a condenser mic, XLR cable, and closed-back headphones.