This could be a more affordable entry point for producers wanting the sound of the 12-voice powerhouse. 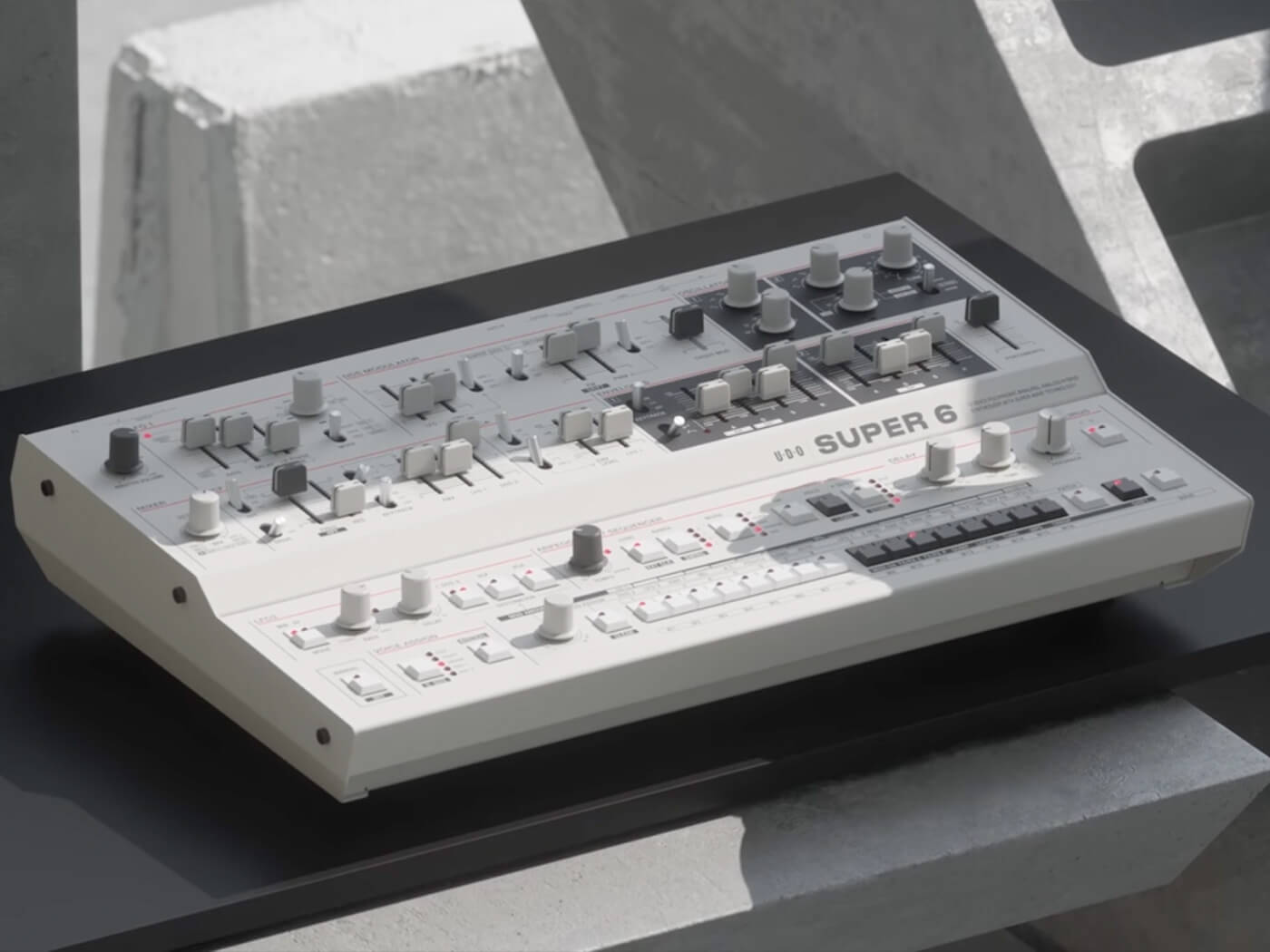 UDO Audio has unveiled a smaller version of its flagship synth at Superbooth 2021 – the Super 6 Desktop. According to the UK-based brand, the new synth is a “compact and no-compromise take” on the 12-voice analogue binaural synth.

The Super 6 Desktop synth appears to have almost the same controls as its big sibling, although a few different controls are onboard in place of a keyboard. For example, the chorus section is reduced to one button instead of two. However, it still boasts the same FPGA technology, Direct Digital Synthesis, arpeggiator and digital effects engine.

UDO has certainly made this a much smaller synth, with optional detachable rack ears to mount in a 19-inch rack setup. It’s also built with retractable rear feet to sit on a desk, and with rear VESA mount attachments to use with monitor arms.

In our review of the full-size UDO Super 6, we said: “The Super 6 has much to offer old-school synth enthusiasts, while its complex DDS oscillators go further than many synths of its kind, making it ideal for modern synth fans too. We’ve only just scratched the surface of what this super-synth can do. It’s well set up to become a future classic, then.

“There’s a sense that this synth has picked up the baton from those units that inspired it and is flying into the future with style. We’re intrigued to see where UDO goes next, but its opening gambit certainly is super. Can the Super 6 save us? Maybe.”

UDO is yet to reveal any word on price, but we expect this will come at a much lower price point than the full-size Super 6.