Who said reel-to-reel can’t be cool? 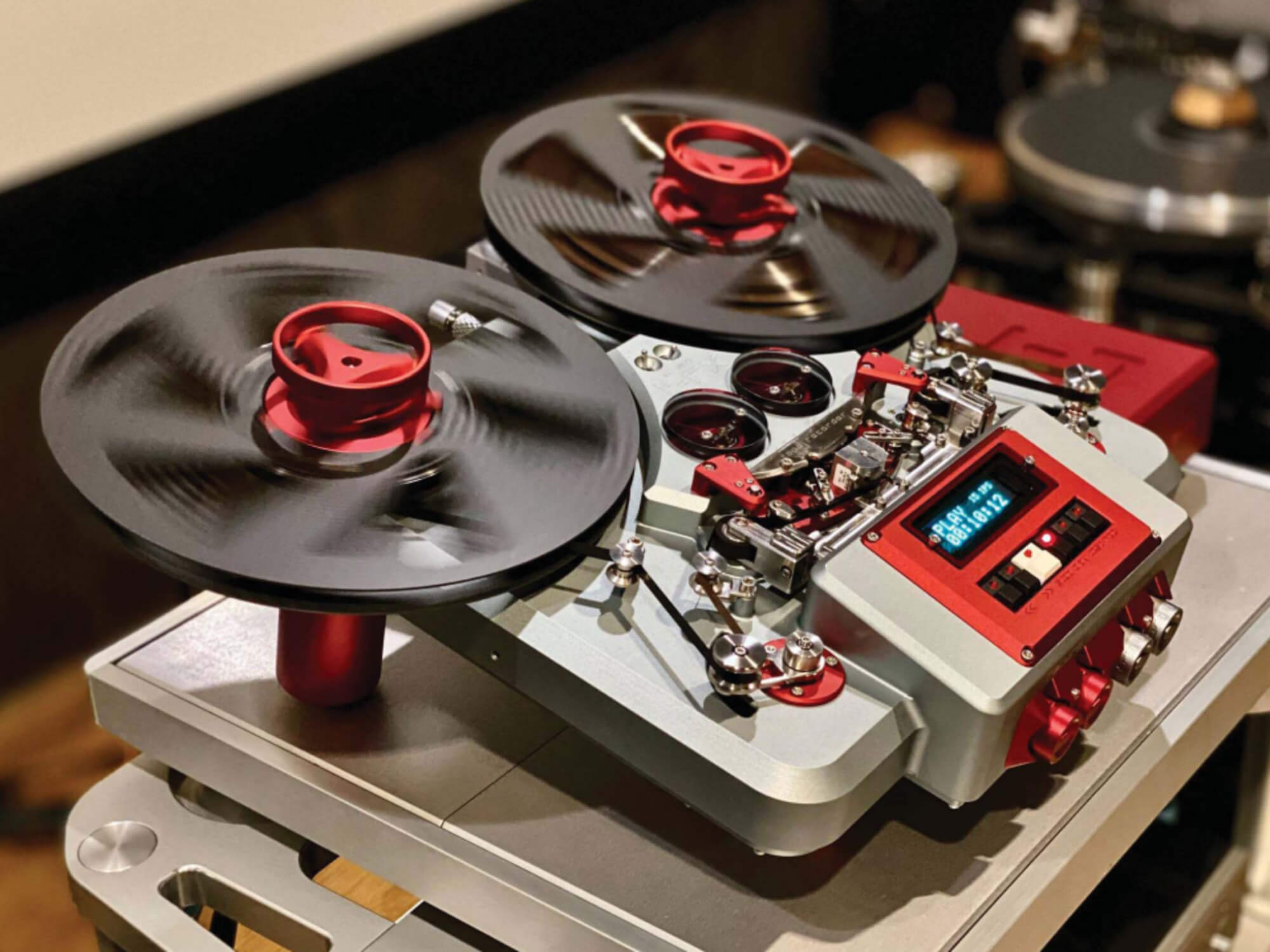 The TR-X Tourbillon reel-to-reel analogue tape machine from Dutch hi-fi company Metaxas & Sins is now available to buy in the UK. It will blow your mind – and your bank account.

Metaxas & Sins describes the TR-X Tourbillon as “an entirely newly designed professional reel-to-reel tape location recorder and playback machine that meets and exceeds the highest demands of recording engineers and the most serious audiophiles, combining 2020s technology with 1960s soul.”

As with other Metaxas & Sins’ creations, the TR-X Tourbillon is horologically inspired, offering users the tactile appeal of precision mechanical machinery usually found in watches.

Designed for 10.5-inch reels, the Tourbillon is built to be compact and transportable, with an external battery box for on-site recordings out of the studio.

Why the need for such an esoteric (and pricey) format, you might ask? The company claims that reel-to-reel has the potential to deliver the warmth of analogue sound with less processing, greater dynamic range, and better clarity and extension at the frequency extremes compared to vinyl records.

That said, all of this depends on how the copy is made. A first-generation copy dubbed in real-time directly from the original master tape can get you closer to the entirety of sound captured during the recording sessions for a classic album than any other format, says Metaxas & Sins.

For those audiophiles looking for mouth drooling sound accuracy prepared to splash the cash, the TR-X Tourbillon is available in two versions — one for recording and playback, the other for playback only. It lists for £59,998 (around $69,405) and £46,998 (around $54,940) respectively. There’s also an optional Lion battery box for £3,200, and a matching stand at £9,398.

Those looking to get their hands on this audio monster can do so via Absolute Sounds in the UK.