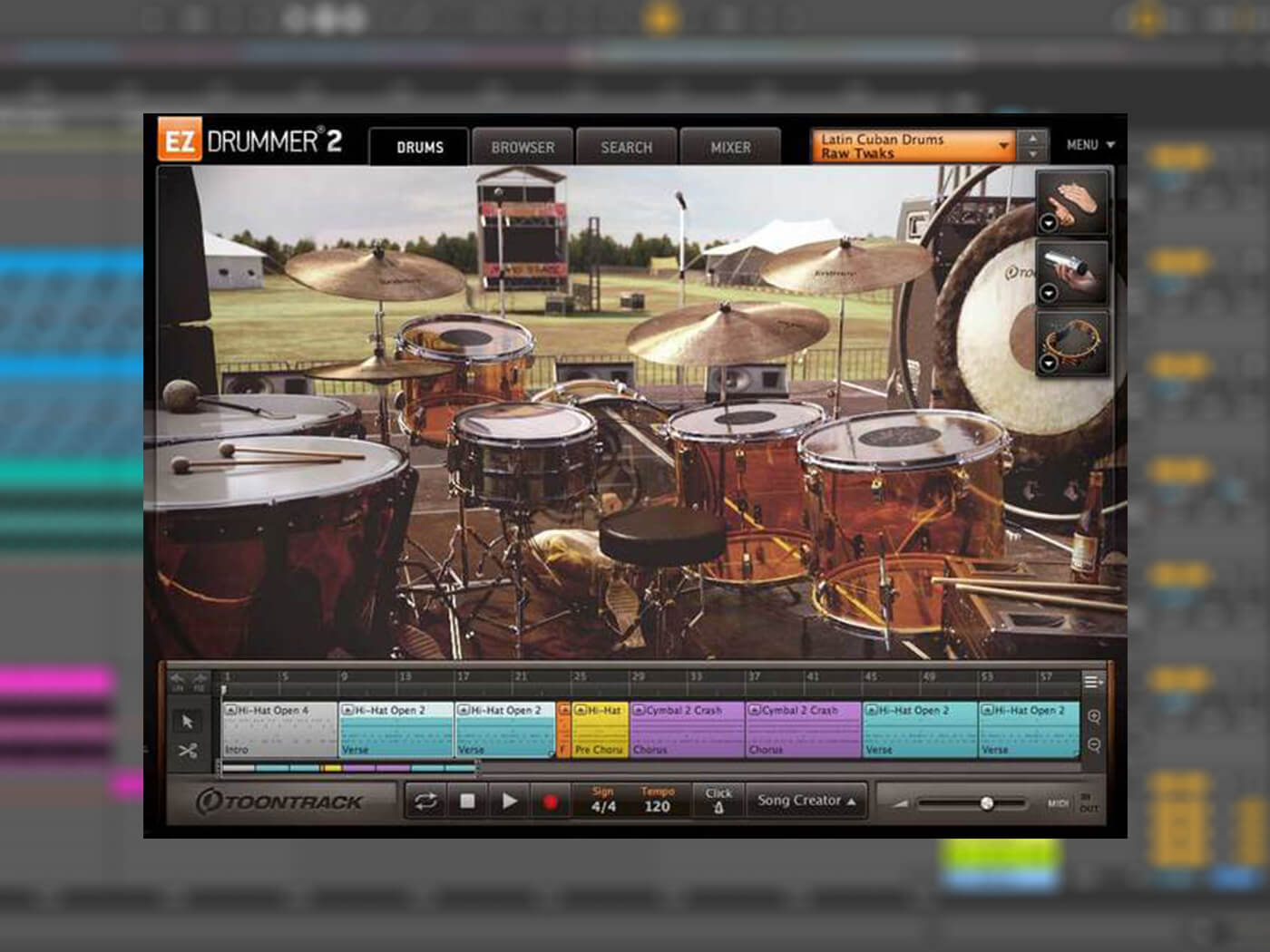 Despite introducing the Eddie Kramer Legacy Of Rock SDX earlier in September, Toontrack has dropped another rock kit for EZDrummer 2 and Superior Drummer 3. The Classic Rock EZX is almost a lite version of the Legacy of Rock SDX, featuring two full kits recorded by Eddie Kramer at AIR Studios, London. The hard-hitting and reverberant Ludwig kits are inspired by Kramer’s work with Led Zeppelin and “offer instant classic rock gold”, Toontrack says.

Classic Rock EZX’s two kids include The Amber Kit and The Sparkle Kit. The former is a reproduction of the acrylic drum kit that Led Zeppelin’s John Bonham played during the prolific recordings of the concert film, The Song Remains the Same, in 1976. This kit has a unique, open-sounding tone that is sure to stand out in your mix.

The Sparkle Kit, on the other hand, is an homage to one of Bonham’s go-to drum setups in a range of Led Zep sessions. This gives you a more traditional tonal palette with the freedom to get loud and heavy with your drum hits for a true rock sound.

“In other words”, Toontrack says, “two perfect kits for classic rock – engineered to perfection by the man who helped shape its very essence. Even though rock may shift, change and take on new paths, one thing is perfectly certain: the drums remain the same – big, obnoxious and loud”.

Classic Rock EZX also includes extra percussion hits like timpani, a gong and expanded kit pieces. The drum samples can be played with sticks, mallets and snare wires off, with a variety of presets to hone in a mix-ready sound with ease. As with other EZDrummer instruments, a collection of MIDI patterns are included, all inspired by Eddie Kramer’s classic rock discography.

Toontrack Classic Rock EZX is available now for £59. Find out more at timespace.com