They add level, texture and colour to your microphone signals 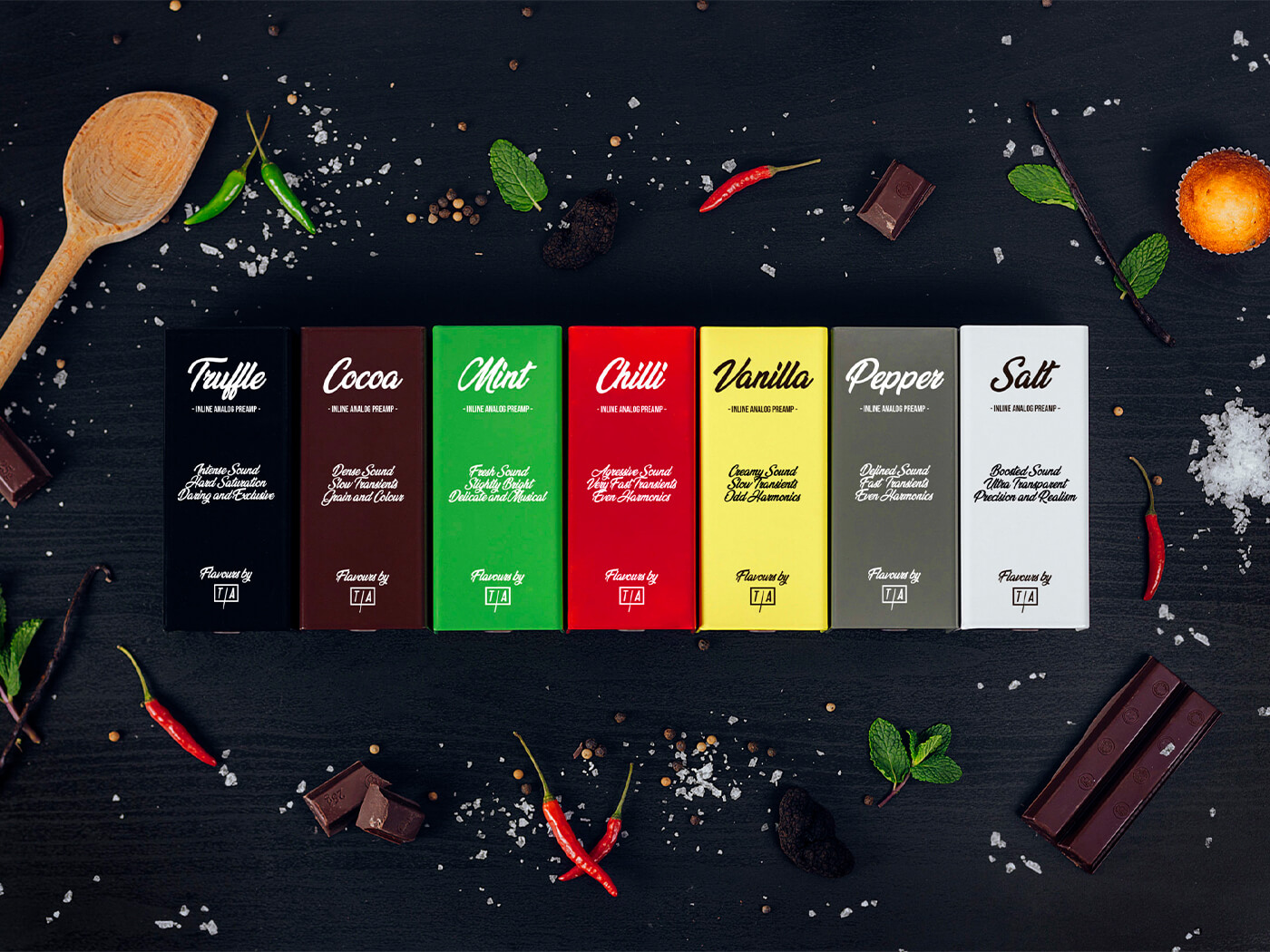 Tierra Audio has announced Flavours Preamps, a range of in-line microphone boosters designed to give weak signals a healthy dose of gain and colouration.

The compact devices work similarly to the popular Cloudlifter, which is often paired with ribbon microphones and moving-coil dynamic microphones to boost their signals to healthy levels for recording.

First up is Truffle, which is described as having the most “daring” palette of the brunch. It adds 32dB of gain with plenty of harmonic saturation from germanium diodes. Tierra suggests applying this to vocals and percussive instruments such as drums.

Designed to add thickness to your signal, Cocoa adds 45dB of gain and with it, an EQ profile with a focus on more mids and less treble. It also provides a degree of analogue de-essing and could be an ideal booster for podcasters and streamers.

Mint offers treble-rich amplification to brighten dark-sounding microphones such as the Shure SM7B or vintage ribbon microphones. It adds 33dB of boost and soft even-harmonic distortion with a fast transient response.

Vanilla offers a boosted mid-range to highlight the creamier aspects of a performance, especially with vocals or stringed instruments such as guitars and cellos. If provides a mid-range boost with a harmonic distortion profile that’s slow to respond to transients. This one supplies 28dB of boosted gain.

Pepper adds just a pinch of compression with a fast transient response for a natural sounding performance. Unlike Chilli, Pepper only applies a soft distortion onto high signal peaks. It adds 33dB of gain.

Finally, there’s Salt, which is Tierra’s take on a transparent in-line booster. This one adds no colouration to your signal, just 39dB of clean boosted gain.

An IndieGoGo campaign to fund and launch the Flavours Preamps is currently underway, but has already smashed its €4,500 target. Until the end of the month (31 January), you can pick up a single flavour for the early bird price of €119, or all seven for €833.