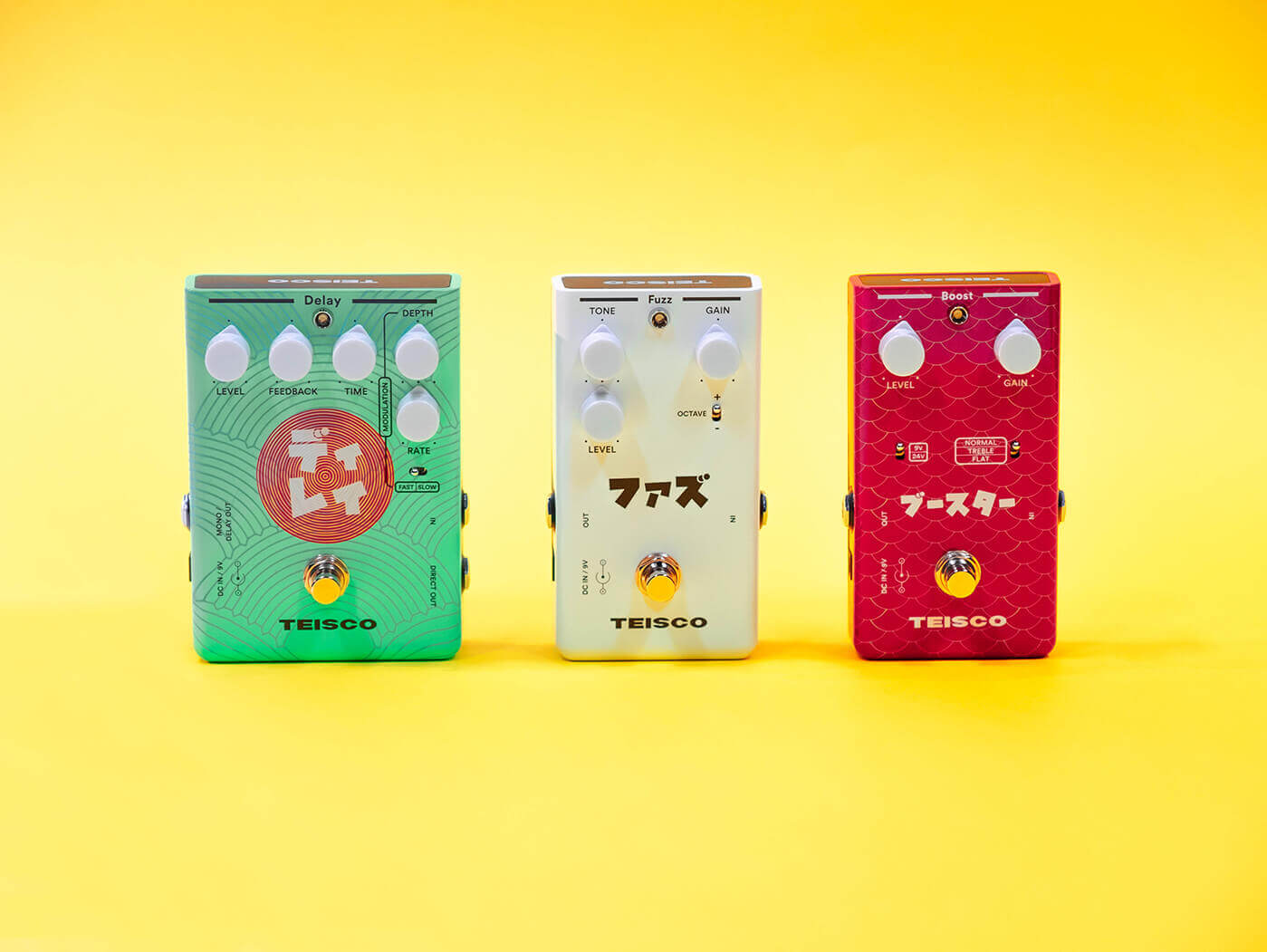 Teisco, a brand that most synth enthusiasts will be familiar with, has launched three new effects pedals: Delay, Fuzz and Boost.

Back in the early 80s, under the stewardship of Kawai, Teisco released several analogue synths, including the duophonic 110F and the eight-voice SX-240. The brand was also synonymous with off-the-wall guitars in the 60s.

Teisco’s simply named Delay, Fuzz and Boost pedals may be aimed at guitarists, but the trio also sports features that synthesists and recording musicians may find useful.

The Delay is an analogue bucket-brigade delay pedal with up to 600ms of delay time, a modulation section designed for self-oscillation, and a direct out if you want to record dry and wet signals simultaneously.

According to Teisco, the Fuzz is based on “a silicon fuzz circuit with a switchable upper octave” while the Boost pedal uses a FET for “more organic clipping”. The Boost is also capable of 24-volt operation (as opposed to nine-volt) for extra headroom.

All of the pedals have zinc enclosures with removable feet and textured bases for sticking velcro to, making them just as suitable for desktop or pedalboard use.

According to a spokesperson, “Teisco has no current product development plans for synths” – but we hope that changes.

Check out a demo from our sister publication, Guitar.com, here:

Teisco’s Fuzz and Drive retail for $129, while the Delay costs $149. For more information, visit teisco.com.