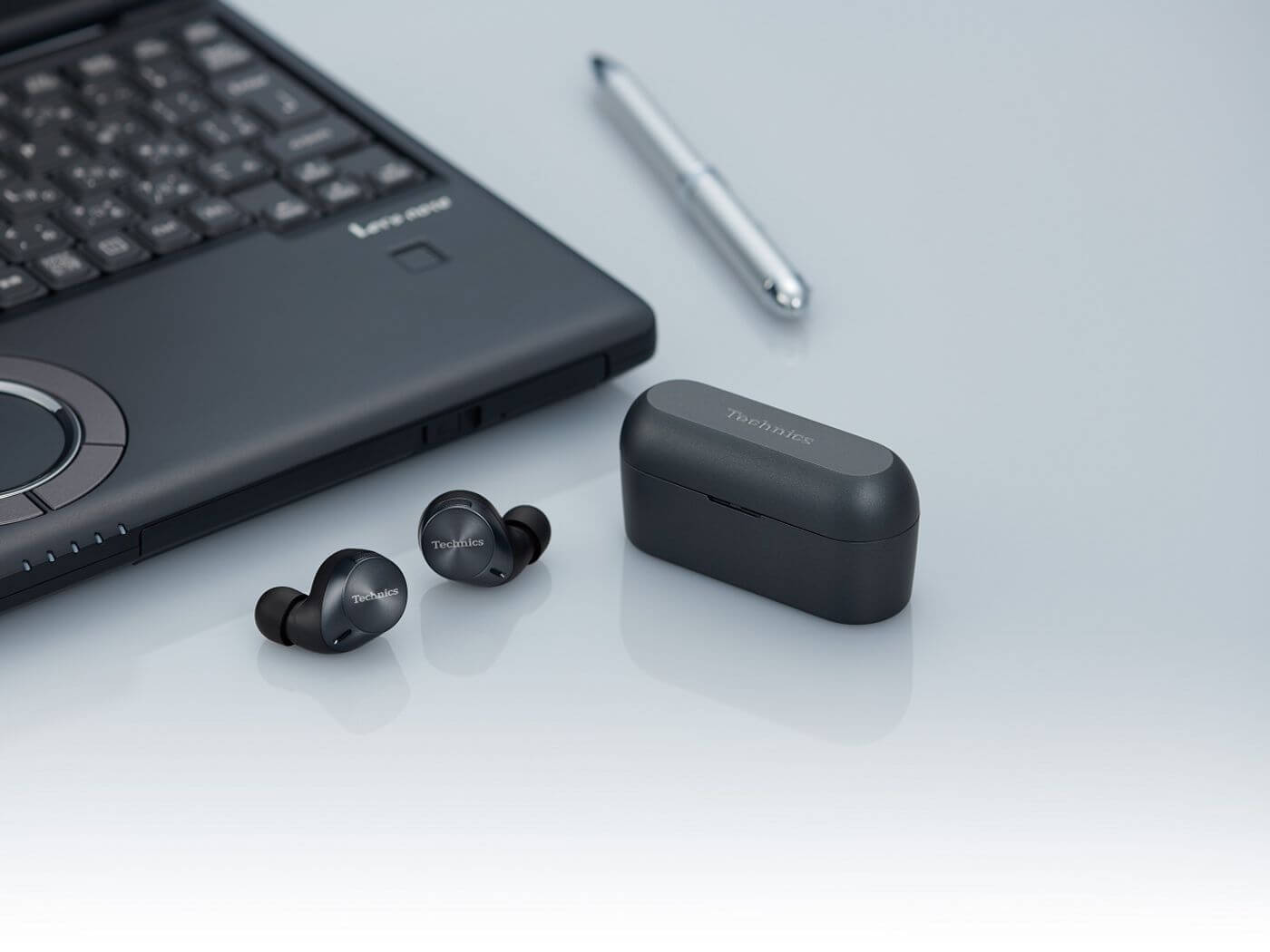 Technics has announced two new true wireless earbuds, the EAH-AZ60 and EAH-AZ40, designed with the advent of more mobile working lifestyles in mind.

Both earbuds feature an IPX4 splash-proof rating and support Bluetooth 5.2. They also boast the proprietary JustMyVoice technology, ensuring the earbuds pick up voices better during calls, as well as Natural Ambient/Attention mode.

In Natural Ambient mode, users will be able to hear their surroundings, allowing for better awareness while on the move. In Attention mode, the earbuds emphasise the frequencies of the human voice so users can hear when others are speaking to them.

EAH-AZ60 is the flagship of the duo with a new 8mm driver in each earpiece, and it packs additional features like active noise-cancellation, which utilise the feedforward and feedback noise-cancelling method. It also supports LDAC, a Sony-developed codec that allows for the transmission of high fidelity audio, which Technics puts at 24-bit / 96kHz in the product sheet.

The smaller EAH-AZ40 features an Acoustic Control Chamber and Harmoniser, though it boasts a smaller 6mm driver. It does have six microphones built in for clearer calls, so there should be no compromises from the intent of the design.

Users get seven pairs of eartips for the AZ60 and four pairs tips with the AZ40 in various sizes, and can control their earbuds via the Technics Audio Connect App, with easy access to iOS and Android voice assistants by tapping the left bud.