Call it a return to the brand’s DJ roots. 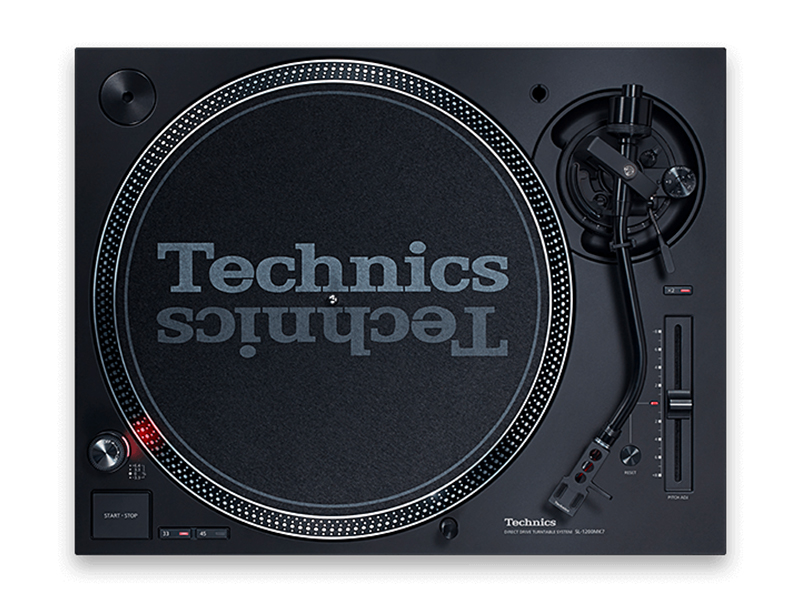 Following the release of the high-end SL-1200G in 2016, Technics is turning its attention away from the audiophile market and back to its core users: DJs.

The brand announced at CES 2019 the SL-1200MK7 (or SL-1210MK7 in Europe), a sleek matte black turntable that marks the first DJ-focused update to the iconic deck since 2010. Its key features include a coreless direct drive motor, new DJ play functions and a redesigned tonearm.

Here are the highlights:

Standing out from the pack of new features is the coreless direct drive motor, which is built using enhanced rotor magnets and a stator without an iron core. This improves on its predecessor in three ways: it eliminates cogging issues, improves ‘smoothness’ and rotation accuracy, and facilitates a high-torque performance that Technics claims is similar to that of the SL-1200MK5.

Of most interest to DJs would be the Reverse Play function. You can rotate the turntable’s platter in a reverse direction by simply pressing the speed selector and start/stop buttons simultaneously.

The SL-1200MK7’s tonearm is made from a lightweight, high-rigidity aluminium, and uses high-precision bearings. The result, according to Technics, is superior tracking with minimal stylus jumping – even for turntablists who scratch.

Here are the rest of its features: