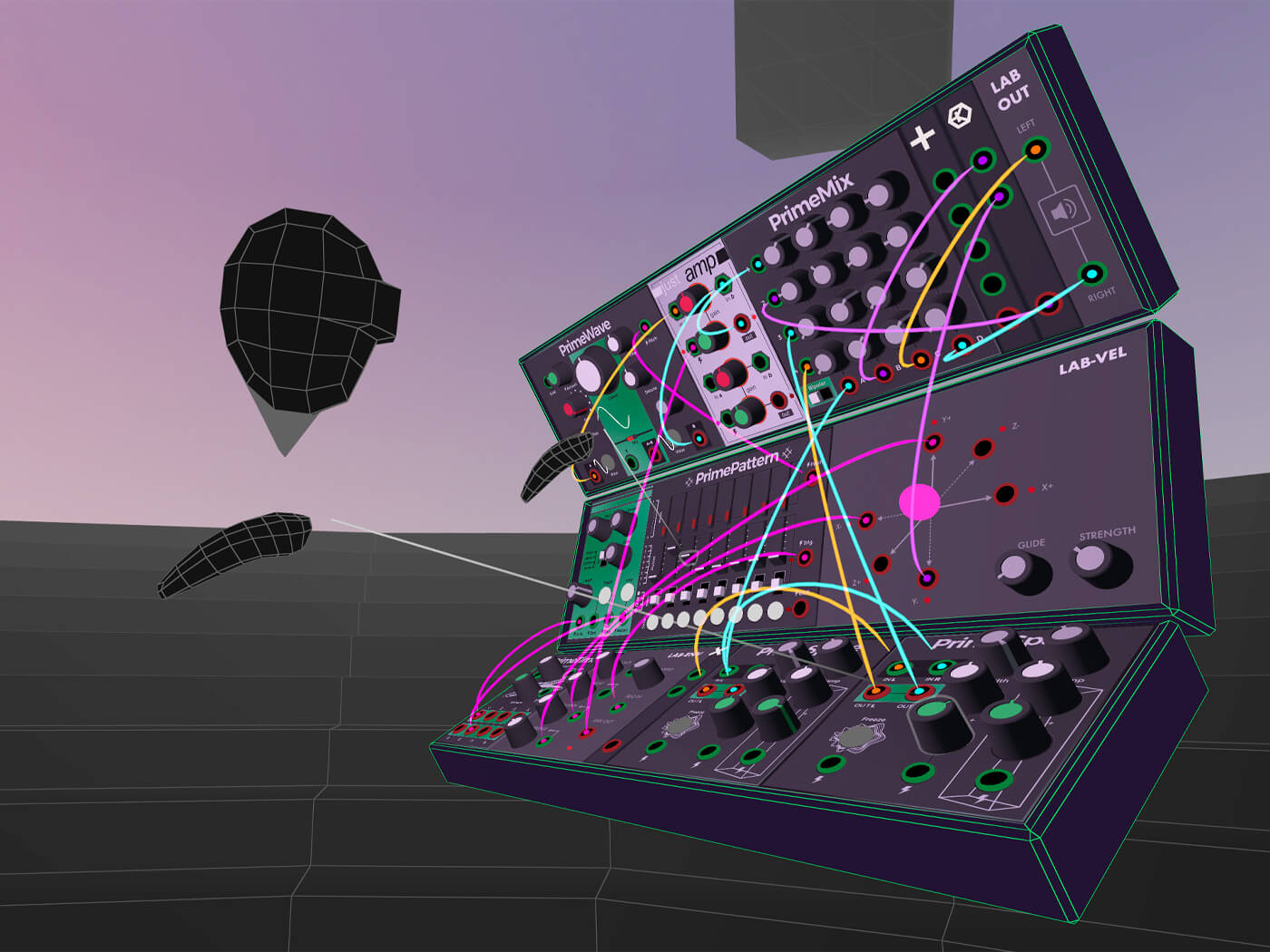 SynthVR is a music-making tool that lets you assemble and play with huge modular systems in virtual reality.

Following up from the alpha that dropped last year, version 1.0 of the part-game, part-music-production app was recently released (31 January).

The app gives you free rein over the assemblage of your very own modular system, with over 30 modules to play with, racks of varying sizes and virtual patch cables to connect everything together.

It also includes multi-channel recording options and the ability to share your creations and download those of others online.

Overall, it appears to be an affordable and accessible way for beginners to dip their toes into modular music-making, especially if they already have access to VR gear.

On that note, SynthVR does require a virtual reality headset with controllers – for example, an HTC Vive, Oculus Rift, or Valve Index. There is no mouse and keyboard support, sadly.

Check out the trailer for SynthVR below:

In a blog post launching the app, developer 42tones shared their hope that more music-making apps will explore VR as a platform. “I hope [SynthVR] can be among this first wave of VR apps to become serious creative tools for sound artists,” they wrote. Considering Korg recently previewed Gadget VR, 42tones could be right.