The hike will eventually add a daunting 40% to the price tag of the groovebox. 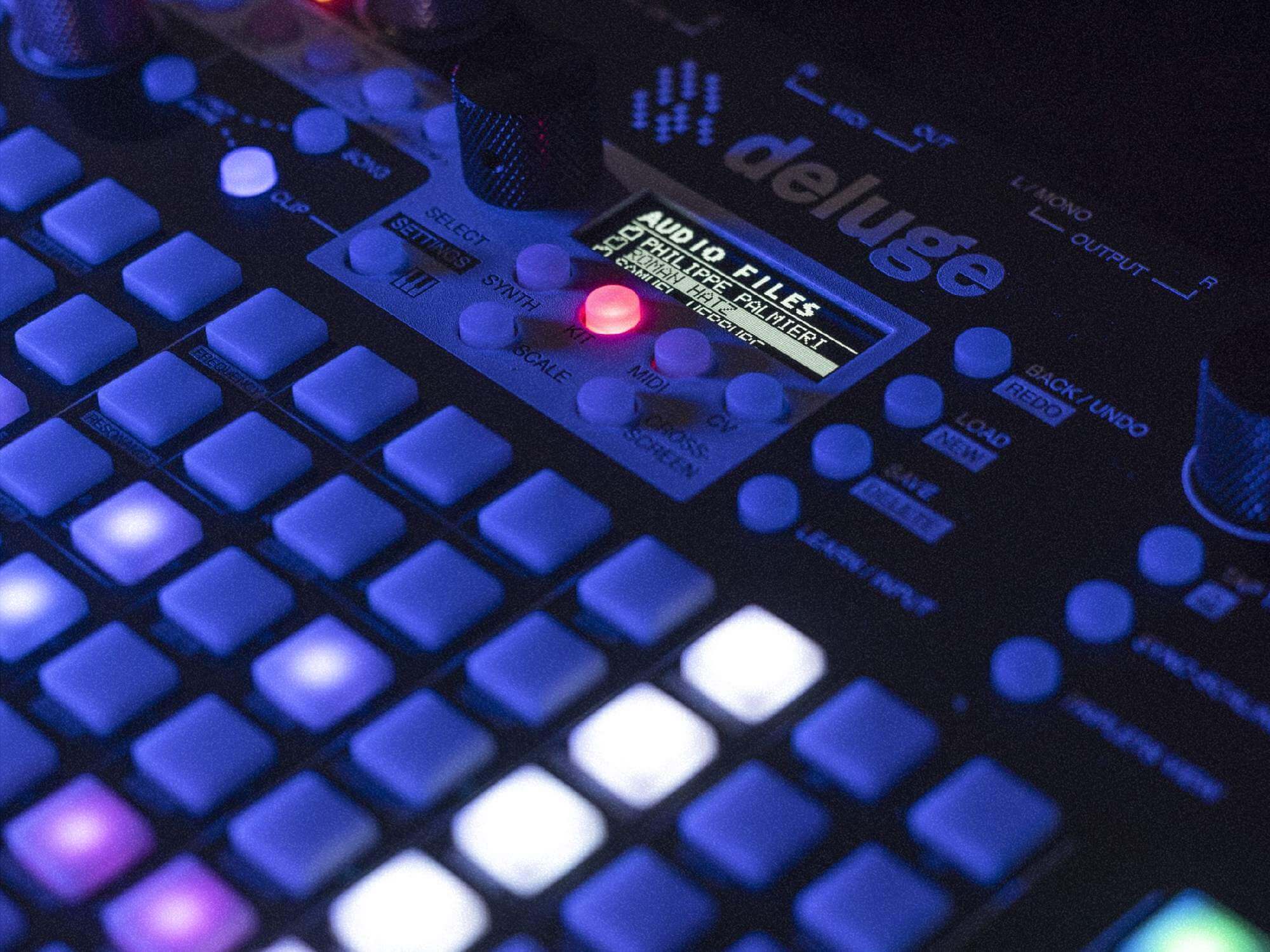 Knobcon 2022: The popular Deluge groove box from Synthstrom Audible is to receive both a major display upgrade and a significant price hike, it has been announced.

In a major update, the display on the Deluge – previously a simple four-character display – will be replaced on all future models with a detailed OLED screen. Parameter names, values and a host of other information will be displayed with crisp clarity, significantly improving Deluge’s workflow. In addition to new units shipping with the OLED screen, existing users will be able to have the screen retrofitted to their units by Synthstrom Audible for a modest price.

The standalone synthesizer, sampler and sequencer is the Kiwi company’s flagship product, featuring an internal synth engine capable of subtractive, wavetable and FM synthesis, up to 64 voices of polyphony and onboard effects. Its sequencer operates across 128 RGB colour pads, which also offer scrolling and zooming, and can be pushed to extremes with a possible 6144th-note resolution.

The Deluge’s sampler is equally impressive, accommodating up to 90 samples playing simultaneously. It utilises the same filtering, modulation matrix and effects section as the synth engine, also capable of detailed editing, resampling and powerful time-stretching and pitch-shifting.

You can watch a video demo of the new screen below:

Synthstrom Audible’s announcement comes with a caveat, however. Over the coming months, the price of the Deluge is set to incrementally increase, reflecting both the cost of upgrading the screen and the rising costs of manufacturing across the industry. From September 9th, it’s reported, the price of the Deluge will go from $999 to $1249 (USD), plus shipping. From January 1st 2023 that price will increase once again to $1329, and from April 1st, 2023 it will rise again to $1399 – an eventual hike of 40%.

Synthstrom Audible is currently accepting pre-orders for the Deluge, which begins shipping on September 21st 2022. You can find more more information at synthstrom.com.