Swedish House Mafia on their affordable IKEA furniture collab: “To have a studio these days, it’s a very expensive thing.”

“What we are coming up with now with IKEA, I think that’s more than enough for people to make music.” 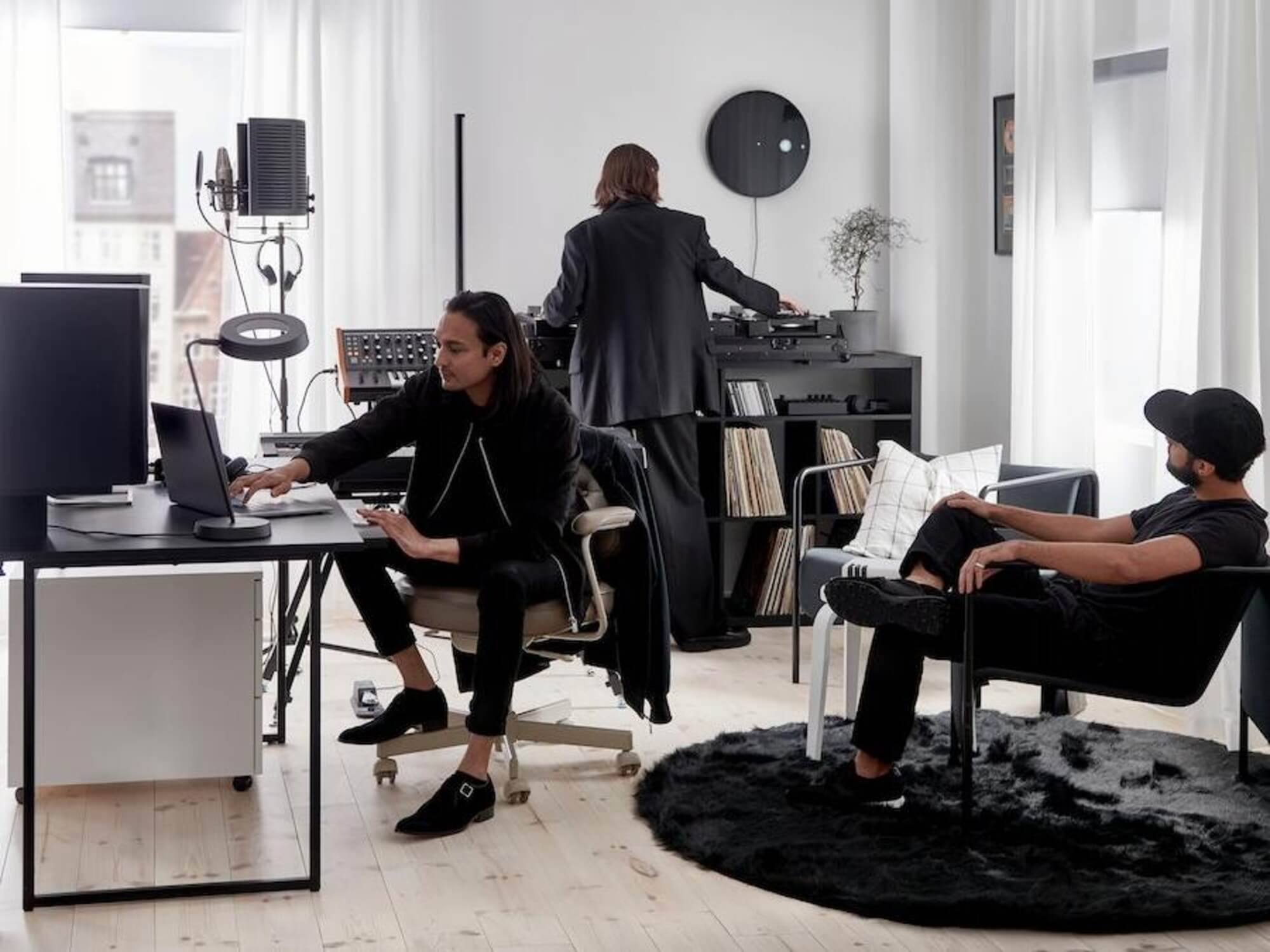 Given the “very expensive” nature of studios, more and more music is going to be made out of the homes of musicians, according to DJ supergroup Swedish House Mafia, whose latest IKEA collection aims to “democratise music production”.

The group was speaking in an interview with Vancouver Sun, where they discussed the inspiration behind their recent collaboration with Swedish home interior giant IKEA.

“I think that, back in the day — the ’60s, ’70s, ’80s, ’90s — people were in big studios, and that’s also very important. But today, from ourselves to people that we collaborate with, people make music on their way to work, in the subway, on their laptops.”

“What we are coming up with now with IKEA, I think that’s more than enough for people to make music,” says the DJ. “And I think it’s going to be more and more driven from your home. To have a studio these days, it’s a very expensive thing.”

As much as the collection is tailored for producing and listening to music though, the group stresses that it certainly isn’t just made for home producers and musicians: “We speak to a lot of creatives all the time — you know, gamers and designers and architects and whatever — and this appeals to everybody. It’s not just music-focused.”

“We grew up surrounded by IKEA, and we’ve always used IKEA to hack our first furniture and studio setups,” Angello adds. “So for us, it was completely emotional.”