The beautiful-looking SFC-8 controller was first announced back in 2020. 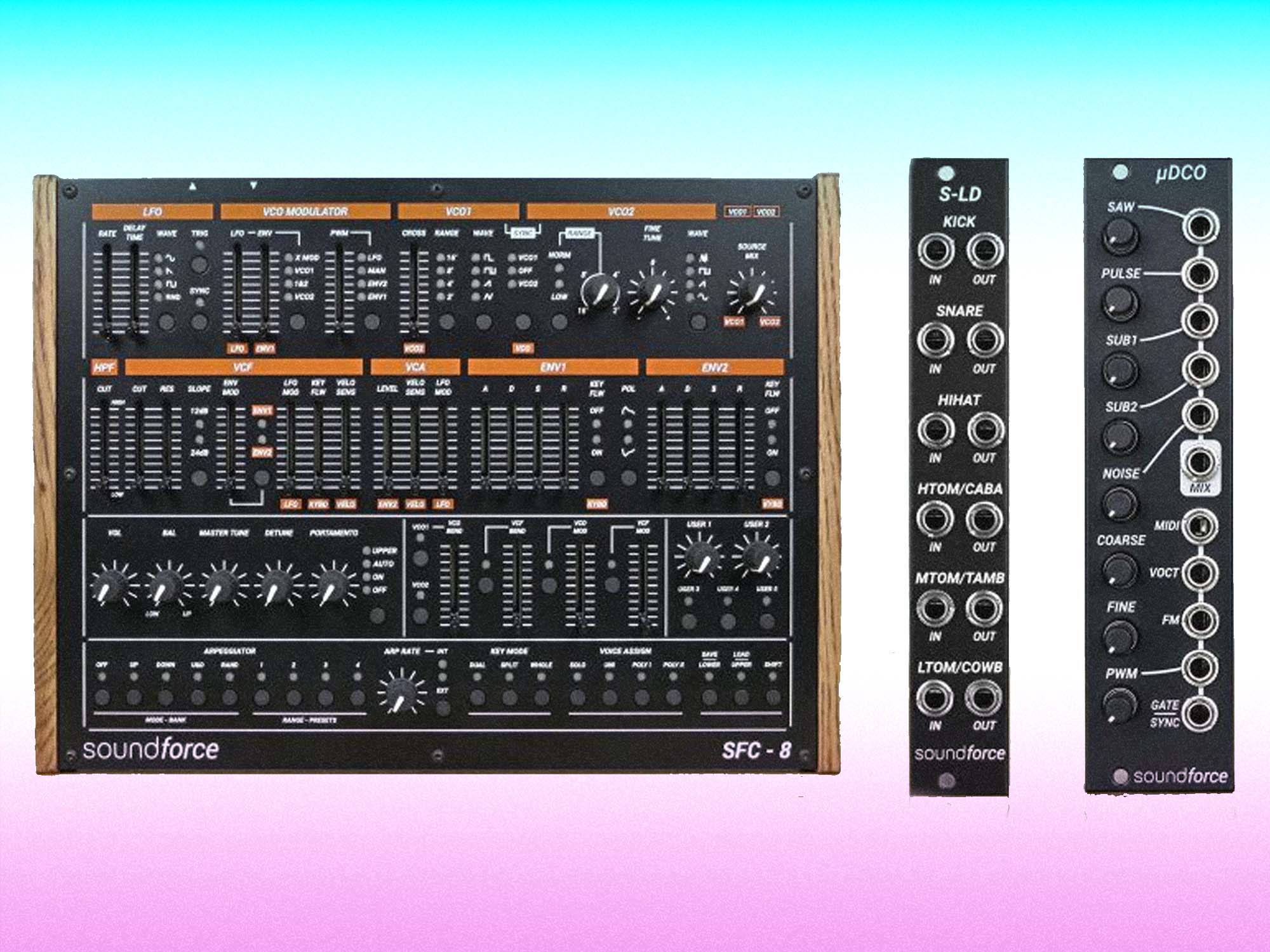 Superbooth 2022: after first announcing SFC-8 controller back in 2020 at Superbooth’s Home Edition, Dutch developer SoundForce has unveiled a new prototype of the unit, alongside two new Eurorack modules: the uDCO oscillator and S-LD drum module.

Said SoundForce’s Nicolas Toussaint, “The SFC-8 works perfectly with Arturia’s JUP-8V as well as Roland Cloud’s JUPITER-8 plugin using simple MIDI CC messages and classic MIDI mapping. Thanks to the control app every physical control properties can be changed [sic], such as the CC number. The DIN-MIDI connector will allow you to control also hardware devices such as the Roland MKS-80.”

Also on display at this year’s event is the uDCO oscillator module, a compact 10HP version of SoundForce’s 106-style DCO module. Another homage to Roland, the module is based on the architecture of the Juno-60 and 106 oscillator section, with a hybrid design to offer true analogue waveforms with the benefit of digital stability.

Thirdly, the S-LD is a 4HP sample-based drum module hosting the sounds of the iconic LinnDrum. With six channels offering kick, snare, high hat, high tom or caba, mid tom or tambourine, low tom and cowbell, it has a beautifully simple interface of dedicated trigger inputs and audio outputs for each.

The uDCO is slated to cost €259, shipping at the end of May 2022. The S-LD is set to ship at a similar time, price TBA. SoundForce is yet to volunteer a release date or price for the SFC-8. Stay up-to-date at SoundForce’s website, or by visiting them at booth Z245 at this year’s SuperBooth event.