Superbooth 2022: The best Eurorack modules on show at this year’s event

After a momentous edition of the festival, we round up Superbooth 2022’s most exciting Eurorack module offerings. 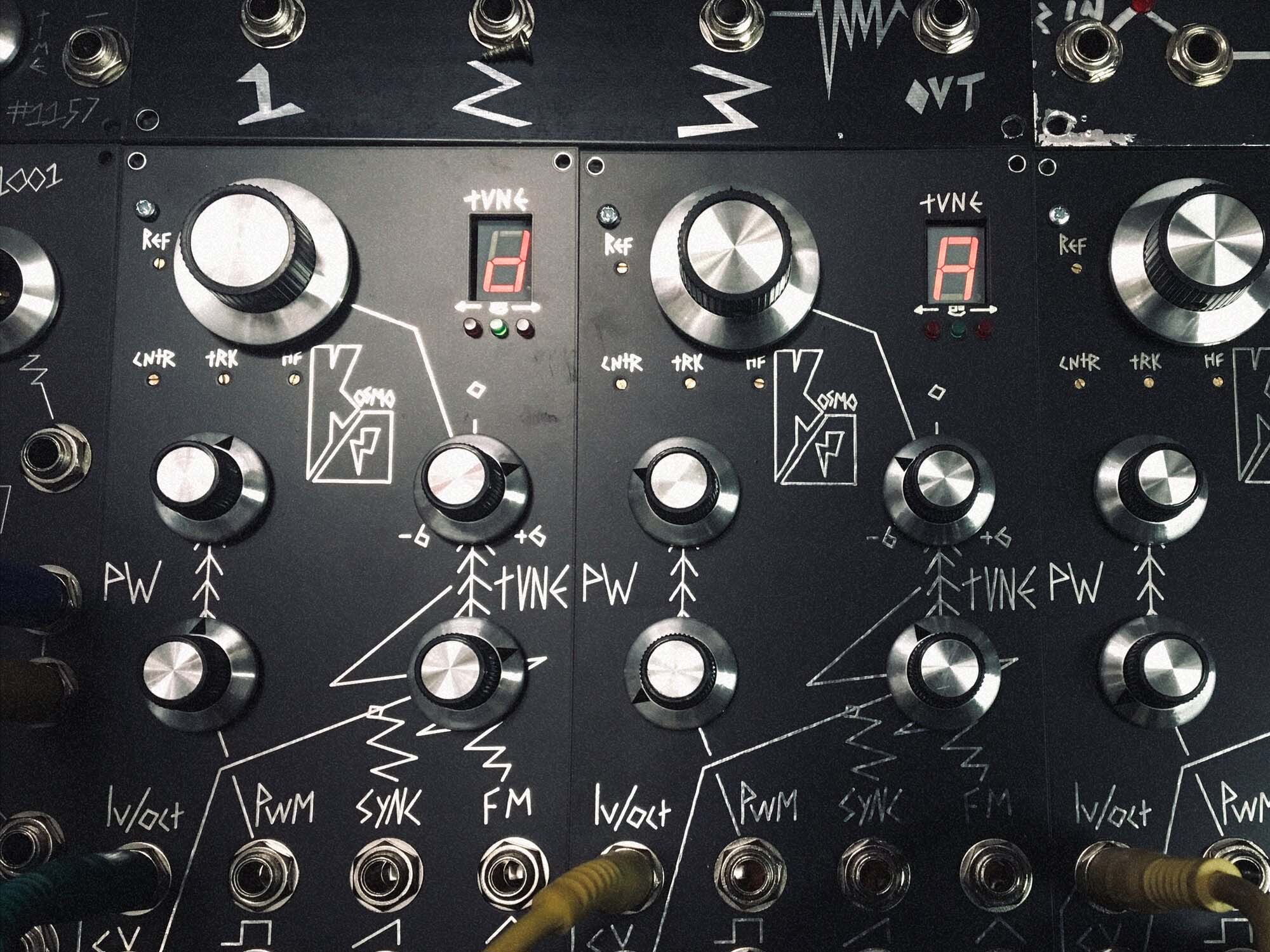 With a cavalcade of new products from developers all over the world being announced and debuted at Superbooth 2022 in Berlin, it’s a wonderland for any Eurorack user looking to add something special to their system.

From drums to sequencers to effects, read on to discover some of our favourite modules gracing the floor at this year’s event.

Building on the success of the LXR-02 desktop drum synthesizer and sequencer, released less than a year ago in collaboration with Sonic Potions, Latvian powerhouse Erica Synths has introduced the LXR Eurorack module. The fully-fledged drum machine fits six top-class drum and percussion voices and three bassline-ready voices into a modest 28HP. With over 30 adjustable parameters per voice, four assignable outputs, five assignable CV inputs and storage space for your custom kits, the LXR will undoubtedly prove as popular as its predecessor — no mean feat.

“Welcome to Aurora,” says Qu-Bit. “Its’a reverb. Well, kind of.” From innovative developer Qu-Bit comes a spectral reverb capable of “textures you’ve never created before,” from spacious diffusions to alien sci-fi sounds. Aurora uses a phase vocoder audio engine that separates the input signal’s time and pitch domains, meaning its sonic response is entirely dependent on the input signal and therefore no two patches will sound alike. A portion of all proceeds from Aurora will go towards conserving pack ice in the arctic to support the polar bear population, in case you wanted any more from your modular.

Tuneability and reliability are the name of the game for Sam Battle, AKA Look Mum No Computer, when it comes to the #1222 Performance VCO. The first of the UK producer’s Kosmo format modules to be adapted into Eurorack format, the #1222 is based on the popular CEM3340/AS3340 chip, with three waveforms, FM, PWM and sync inputs. Its defining characteristic, arguably, is its handy built-in tuner and accompanying fine-tune knob with octave selector, purported born of Battle’s frustration with out-of-tune synths in a live setting.

“Pizza is perfect for hybrid synthesis,” declares Czech developer Bastl of its new complex oscillator module. Combining FM synthesis with waveshaping, the Pizza promises “a vast sonic palette while staying intuitive” with a unique palette of sound sculpting techniques; including ring modulation, wave folding, ratio oscillation and even an assignable Ctrl knob. With three internal oscillators consisting of the Main Oscillator (which can be phase modulated and wave folded) and two modulating oscillators, the Pizza’s outputs pertain to additive techniques and subtractive techniques respectively.

A DIY gate sequencing module from young synth brand Sebsongs, Euclidean – as its name suggests – is aimed at creating complex polymetric rhythms, odd time signatures and, as Sebsongs says, “clock division with a twist.” The module hosts three channels of sixteen-step sequencing, with an 8×8 matrix LED display, three encoders, dedicated outputs for each output and even an inverted output on channel 1; an impressive achievement considering its size. Euclidean is based on the euclidean DIY module developed by Music Thing Modular’s Tom Whitwell, who has given the module his express approval – not least demonstrated by having it on display at Music Thing’s booth at this year’s event.

Poland’s Xaoc Devices has unveiled several new modules this year, including complex oscillator Sofia and summing module Sopot. The module that caught our eye, however, is the Koszalin stereo frequency shifter, which offers quasi-exponential and linear frequency shifting of up to 5kH in either direction, plus full stereo feedback with its two inputs and four outputs. It’s highly controllable with CV too, with inputs for regen, density, linear thru-zero FM and exponential FM. Expect all the harmonics you could ever want.

Much is still to be revealed about ALM’s new sequencer, including when it’ll actually be available. Nonetheless, it was exhibited at Superbooth 2022 simply, in the developer’s words, “to show off.” A multitrack sequencer based around a row of gorgeously nostalgic chunky keys, the ASQ-1 features two CV/gate sequencers with up to 127 steps and one set of trigger outputs, each with up to 64 steps, for individual drum parts.

Designed to be the perfect bedfellow to ALM’s immensely popular Pamela’s NEW Workout clock divider and function generator, the emphasis here is on simplicity, playability and sync-ability with other modules; in this department it looks like ALM/Busy Circuits have got it right. There may just be an ASQ-1-shaped gap in your system.

See it in action below (via Reverb)

The Misha is a brand new instrument-sequencer combo that promises an innovative approach to melodic composition and performance, with what the developer describes as a “unique, interval-based approach to playing and creating melodies.” Using intervals instead of notes as the primary basis of its control across 100 factory scales and up to 100 user scales, it also promises a tone row-based sequencer, inspired by the classic serialist compositional method pioneered by Arnold Schoenberg. Read MusicTech’s full report on the Misha here.

Still in prototype phase, AtoVproject’s Dual Harmonic Oscillator has been described by the developer as “our most ambitious project to date” and an “analogue beast.” A digitally controlled hybrid analogue oscillator module, each of its harmonic oscillators generates four octaves of triangle waves, modulating one another with through-zero FM. Excitingly, the DHO features an “extensive internal modulation system” based on video game algorithms, namely Perlin Noise. “One knob allows you to modulate almost every parameter at once,” says AtoVproject. “The noise can also be used to control the frequency of 10 internal LFOs.” With open source firmware promised as well, we’ll be keeping a close eye on AtoVproject’s DHO plans.

Teaming up with Canadian musician and renowned synth YouTuber Andrew Huang, Barcelona’s Endorphin.es has developed an intriguing creative stereo effect processor without any fixed structure. In other words, it has multiple “blocks” that can be reordered while sound sculpting. Boasting a new generation ARM Cortex – M7 processor with 96 kHz, 32-bit internal processing, the Ghost features delay, multimode filtering, sidechaining, distortion and reverb, including reverse reverb with audio freeze and pre-delay. Where does Andrew Huang come in? Endorphin.es says the Ghost is “based on his modern music production techniques.” It’s purported to be available in either a black or silver faceplate, too.

A compact wave warping tool, Brussels-based developer Shakmat Modular’s Jwlr Cast can mix between three different input signals via a clever three-way crossfader and apply modulation, wavefolding and distortion. Packed into just 6HP, it promises to be something of a pocket rocket for sound sculpting within your system. Shakmat has clearly been busy this year: the manufacturer also debuted the Triple Steeple triple envelope generator, the Banshee Reach through-zero varishape VCO and a prototype of a dual-channel VCF VCA LPG module.

A class-compliant DC-coupled audio interface in Eurorack format, the AC/DC from Barcelona-based Befaco is small and powerful, “perfect for live performance and travel rigs.” Capable of sending and receiving both CV and Audio at 16-bit 48 KHz, it’s based on Rebel Technology’s OWL and is compatible with all popular DAW and CV generators. It even works as an audio and CV processor for iOS apps, featuring handy little level and clip LEDs to boot.

The S-LD from Dutch developer SoundForce is a 4HP sample-based drum module hosting the sounds of the iconic LinnDrum. With six channels offering kick, snare, high hat, high tom or caba, mid tom or tambourine, low tom and cowbell, it has a beautifully simple interface of dedicated trigger inputs and audio outputs for each. Read about SoundForce’s SFC-8 MIDI controller and other Eurorack offerings at this year’s event here.

Combining a 909-inspired kick drum with a sidechaining compressor, the Kickain, in British developer Knobula’s words, “will revolutionise your sidechain workflow, making it a breeze to tame the very heartbeat of your music, intelligently managing low frequency artefacts and removing any clashing frequencies or overlapping transients.” Big words, but the Kickain looks set to deliver, with two spectral compressor modes to intelligently EQ an incoming mix to mould around the kick sound. This, Knobula says, is adjusted thousands of times per second. Impressive. Did we mention it has an onboard 24 bit stereo reverb, too?

Available as both a standalone synth or as part of a Eurorack system, Error Instruments’ Imaginary Friend is a digital/analogue hybrid ‘complex experimental synthesizer’ capable of anything from raw and aggressive bass stabs to floaty, delicate tones. Centred around a fun joystick control, it has two outputs: Wave, which holds all the combinations of cross-modulation you’ve applied to the wave, and Sub, which throws in a pure trapezoid tone separate to the user’s tweaking. Read MusicTech’s full report here.