If you’re not quite ready to jump into Eurorack, this synth is for you 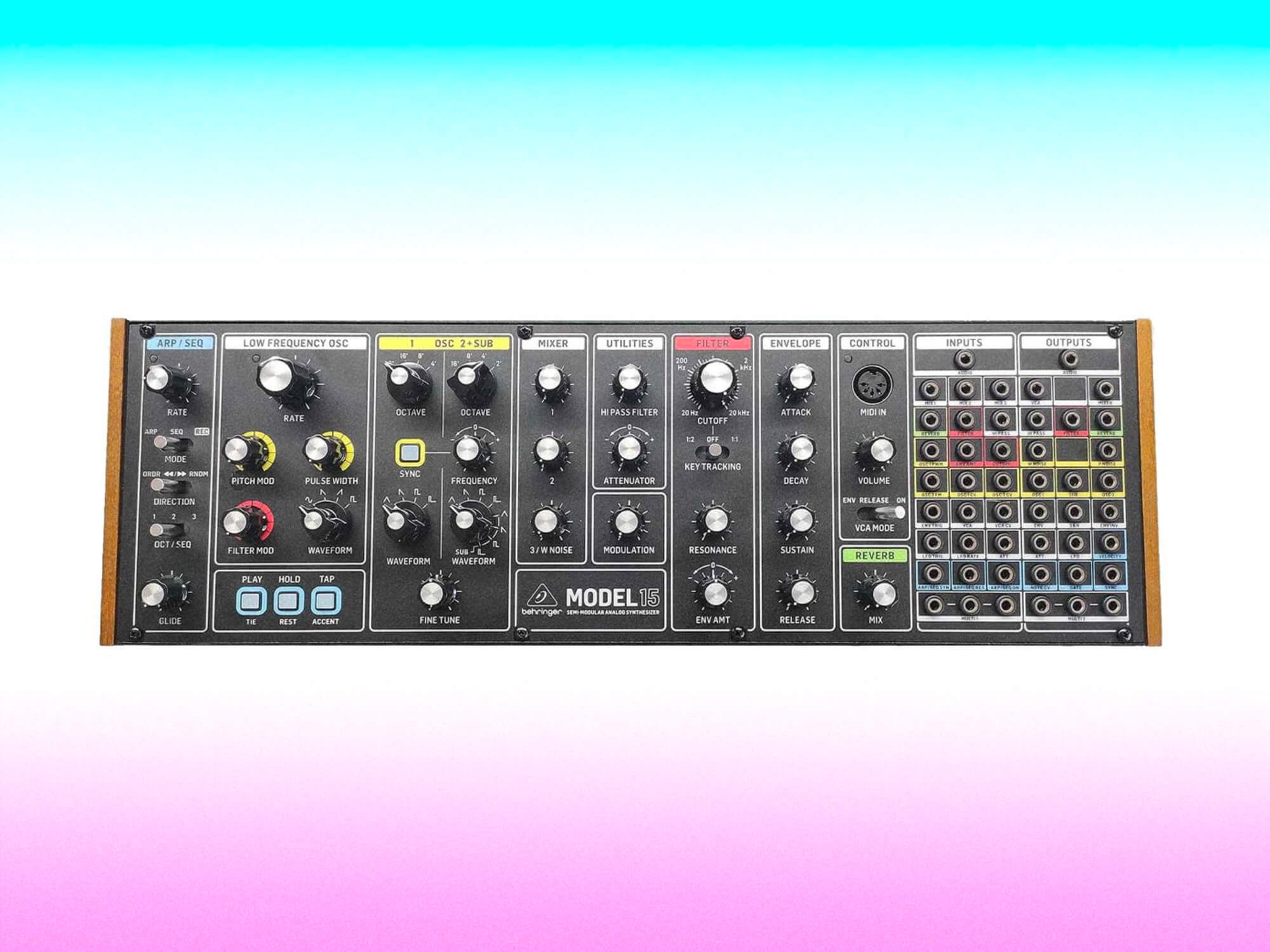 Superbooth 2022: Behringer has shared a taste of what its upcoming Model-15 can offer in a fresh demo video. It also seems the semi-modular analogue synth is getting a revised price tag from when it was first announced.

The Model-15, which is positioned as a more accessible version of the Behringer 55 – which itself draws from 70s Moog design – includes a ladder filter and a purely analogue signal path.

It features dual oscillators with four waveforms, oscillator sync, pulse-width modulation and a sub-oscillator. A step sequencer also allows for three separate 256-step memory slots, while an arpeggiator lets you get hands-on with knobs for deep sound designing.

Diving even further into what Model-15 has to offer, it also offers a spring reverb emulation, 48 patch points and 37 controls in total, giving you access to important parameters and MIDI implementation with MIDI channel and voice priority selection.

You can take a further look at MODEL-15 in the video below:

There is, however, one ongoing issue that is delaying its production: chip shortages. Production of chips heavily lies on factories in Ukraine and with the ongoing conflict, chip shortages have sky-rocketed. Behringer has stated that as soon as they have the chips required to put into production, this new synth will ship immediately.

The estimated price for MODEL-15 sits at $329, which is slightly higher than it’s initial estimated reported price of $299. Further information isn’t available as of yet, but you can keep check of their website here.