A semi-modular design with 23 independent modules. 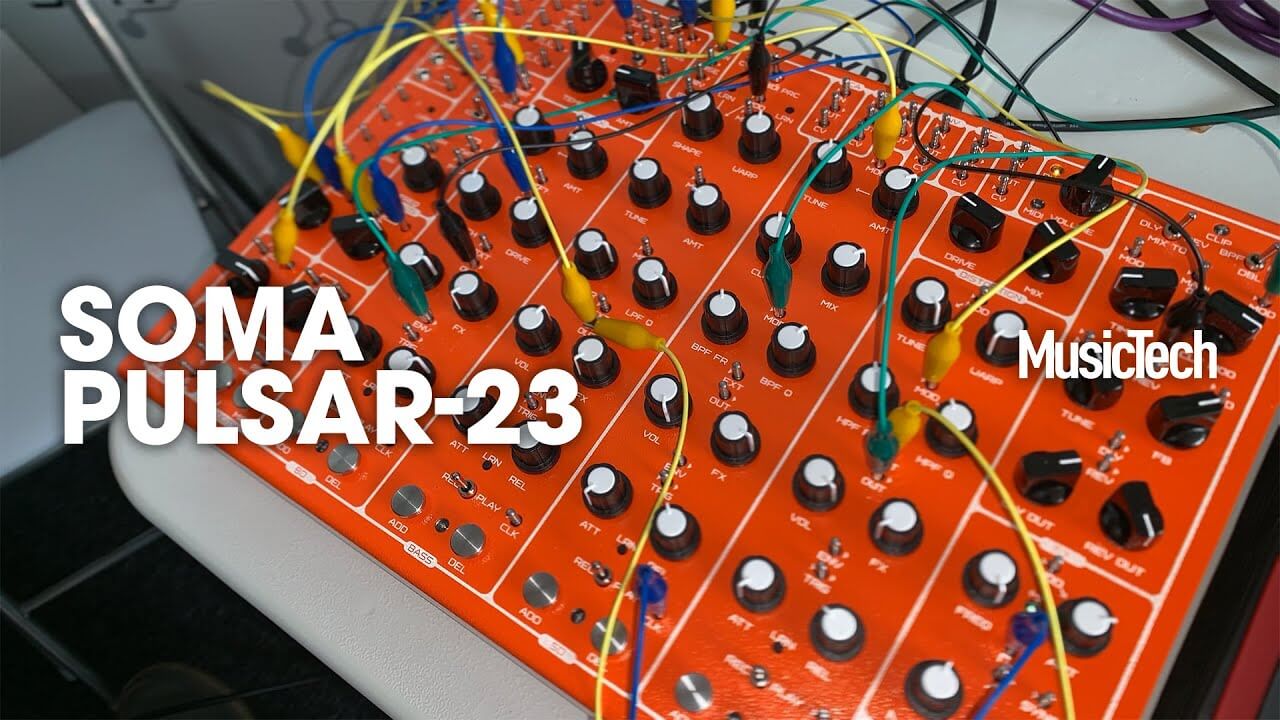 Ahead of Superbooth 19, Soma has unveiled a prototype of its Pulsar-23 drum machine. While the device was announced in June last year, this is the first look we’ve had of the model going into mass production.

Pulsar-23 employs 23 independent modules to produce “organismic” sounds, according to Soma. Highlights from the module range include four drum channels – bass drum, bass/percussion, snare drum and cymbals/hi-hat – as well as four envelope generators which supply sustain to the drum channels. When paired with sustain, the drum channels are capable of both noise and drone synth sounds.

Another noteworthy module is Shaos, which Soma describes as a “unique pseudo-random generator based on shift registers”. This module is coupled with four independent outputs along with features such as sample and hold.

As for controls, Pulsar-23 boasts a total of 52 knobs and 11 switches. The device is also designed for Eurorack integration, and equipped with more than 100 Ins/outs to be used for patching.

Check out the video above to learn more about Pulsar-23.

And for more info on the various modules, head over to somasynths.com.