Suonobuono’s LAZER lets you control your MIDI with hand gestures

The LAZER uses, well, lasers to convert the distance of a user’s hand into analog, audio, and MIDI signals. 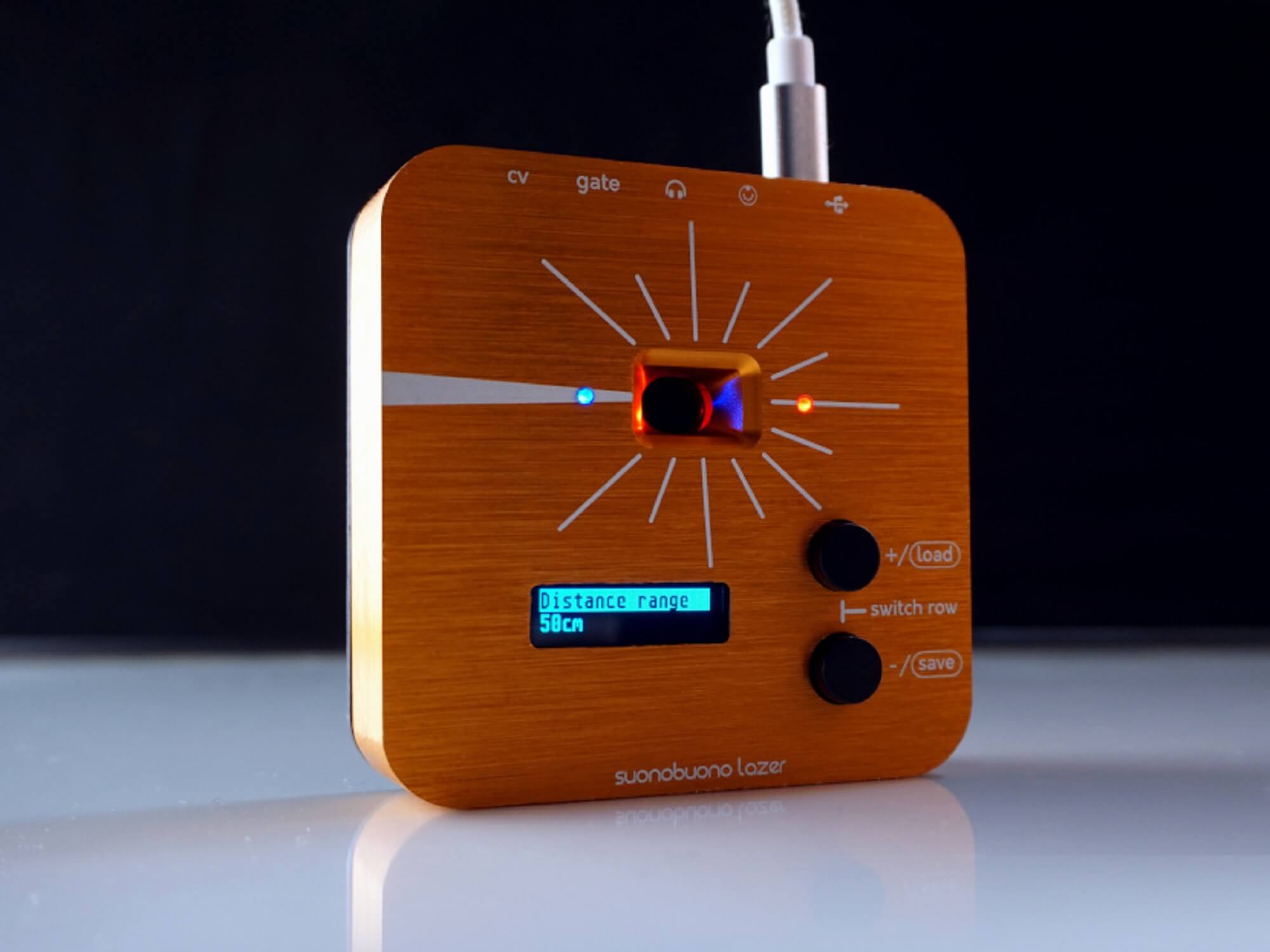 Swedish manufacturer Suonobuono has revealed a new MIDI controller which uses a sensitive laser to let you modulate parameters with hand gestures in a very precise way.

The Suonobuono LAZER features a laser sensor with 1mm sensitivity and 50mm programmable range, allowing the controller to convert the distance of the user’s hand from the LAZER itself into precise MIDI data for greater control over pitch and filter adjustments, and loads more. The user settings afford some customisation to the range of sensitivity and how the LAZER responds to specific hand distances as well.

On top of that, the LAZER is capable of audio output itself, with an on-board oscillator to generate tones which react to the distance between your hand and the sensor.

The casing measures 8x8x2cm, and the device as a whole weighs 130g, making it an unobtrusive addition to any setup. The LAZER uses a USB for its power source and does not require a wearable to function, though Suonobuono advises users to use the device without strong light sources pointing directly at the sensor, something DJs looking to incorporate this device in their live performances should consider.

The Suonobuono LAZER is available for pre-order on Suonobuono’s website, with shipment expected by the end of January 2022.