Only 50 units of this psychedelic blend of sound and light will be released. 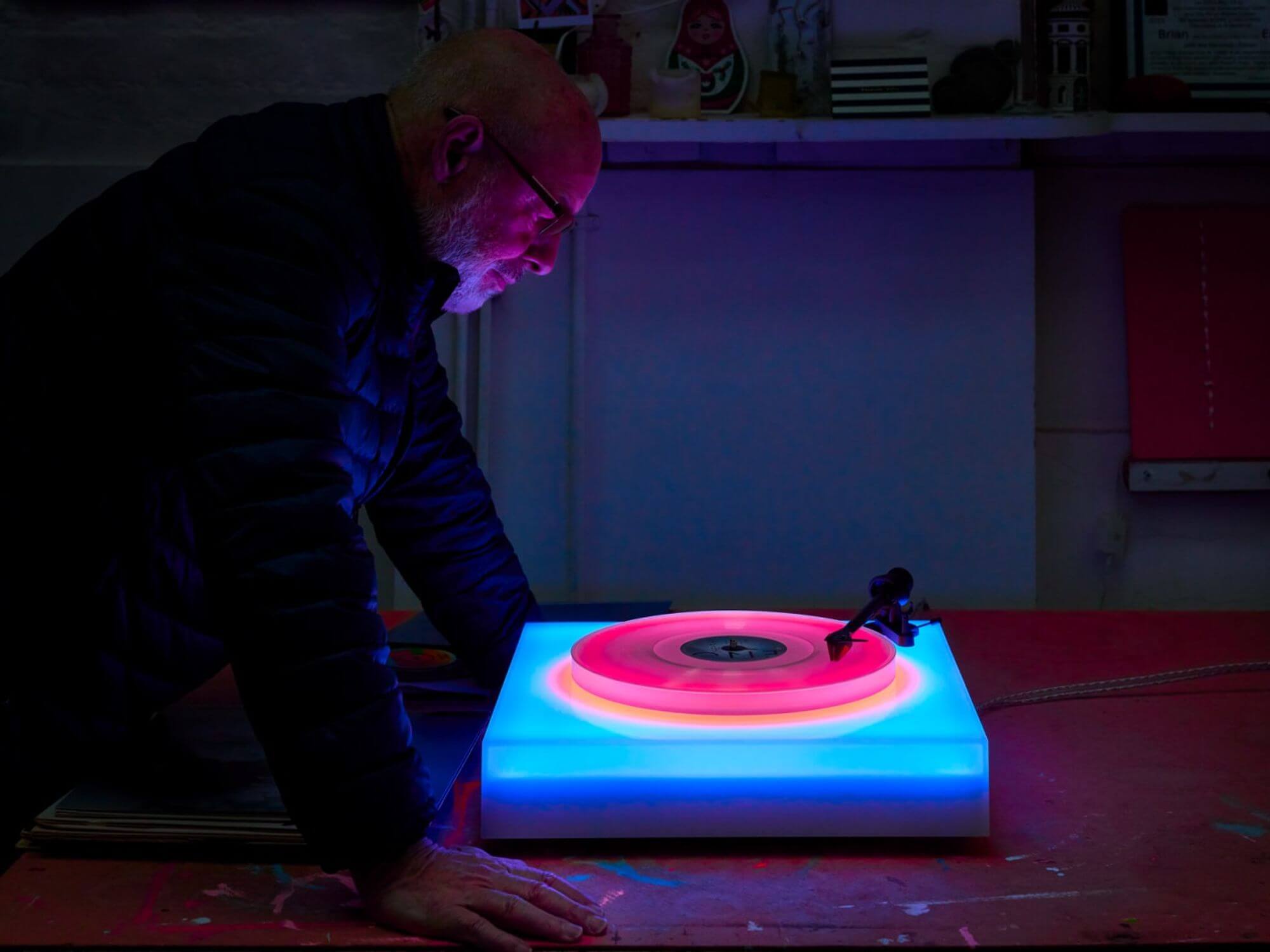 A self-described “non-musician”, Brian Eno is best known as the man who coined the term “ambient music” and is often credited for his unique approaches to contemporary music. Eno’s early and ongoing interest in the explorations of light have inspired his visual art, of which ambient video and light installations make up a huge part.

In a similar vein, Eno’s latest collaboration with London’s Paul Stolper Gallery involves a limited-edition turntable with lighting mechanisms integrated into both its base and platter. As the music plays, the turntable will cycle through a series of unique LED colour combinations like a light box installation.

“The light from it was tangible as if caught in a cloud of vapor,” Eno said of the finished product.

“We sat watching for ages, transfixed by this totally new experience of light as a physical presence,” he continued.

The turntable will be released in a limited run of 50 and each one will come with a signature by Eno himself, as well as a batch number engraved on the back. The units are available for purchase via enquiries on the Paul Stopler Gallery website.