Watch: Stimming gives a tour of his stage and studio setup

The producer also showcases his own design, the DOCtron-IMC Instant Mastering Chain. 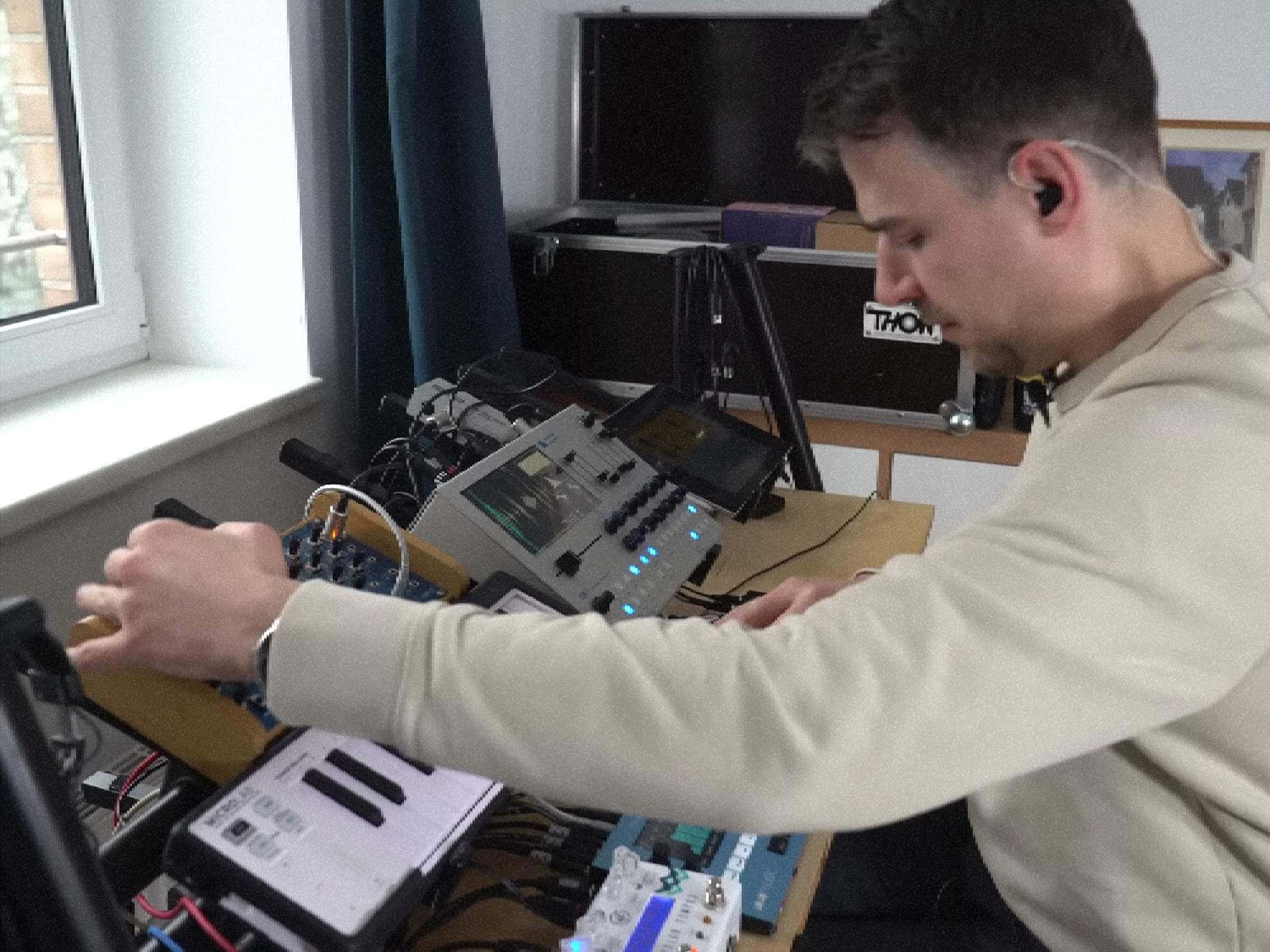 Producer Martin Stimming has shared insights into his setup and process for creating live performances in a new video.

The almost 20-minute film, Stimming’s second contribution to the How I Play series with DJ TechTools, features the Hamburg-based producer demonstrating his favourite instruments and setup configurations, as well as elements of his workflow, using his remix of Cyborgs Like Unicorns Too by French artist Bonfante as a case study.

Also in the setup is the DOCtron-IMC Instant Mastering Chain, purportedly the world’s smallest, lighter analogue mastering chain and a unit Stimming himself developed in collaboration with DOCtron in Mittelfranken, Germany. Earlier this year MusicTech awarded the DOCtron-IMC an 8/10 score, commending its hi-fidelity sound and compact form factor.

The film then moves away from Stimming’s live setup at home to his studio’s ‘music design room’, where he guides viewers through his favourite gear (including a prototype DOCtron-IMC) and how he views the studio as a creative tool.

“The studio space is where I very much go into detail and where I design music in just the way I’m known for,” Stimming says. “At home I do the fun stuff, which is a bit faster, a bit rougher, a different energy level.”

Instead of a conventional computer monitor, Stimming uses a touchscreen Wacom Cintiq Pen Display with Bitwig, which he describes as “old school”, in conjunction with a PC. “A very fast PC— yeah, I’m a PC guy,” he says.

One of the more remarkable instruments in Stimming’s setup is the Wing Pinger from Chinese developer Meng Qi, an analogue synth based around two resonant low-pass filters. “It really is a creature of its own,” says Stimming.

Watch the insightful video in full below: