Waveform visualisation and precise time controls give this tape delay a modern edge. 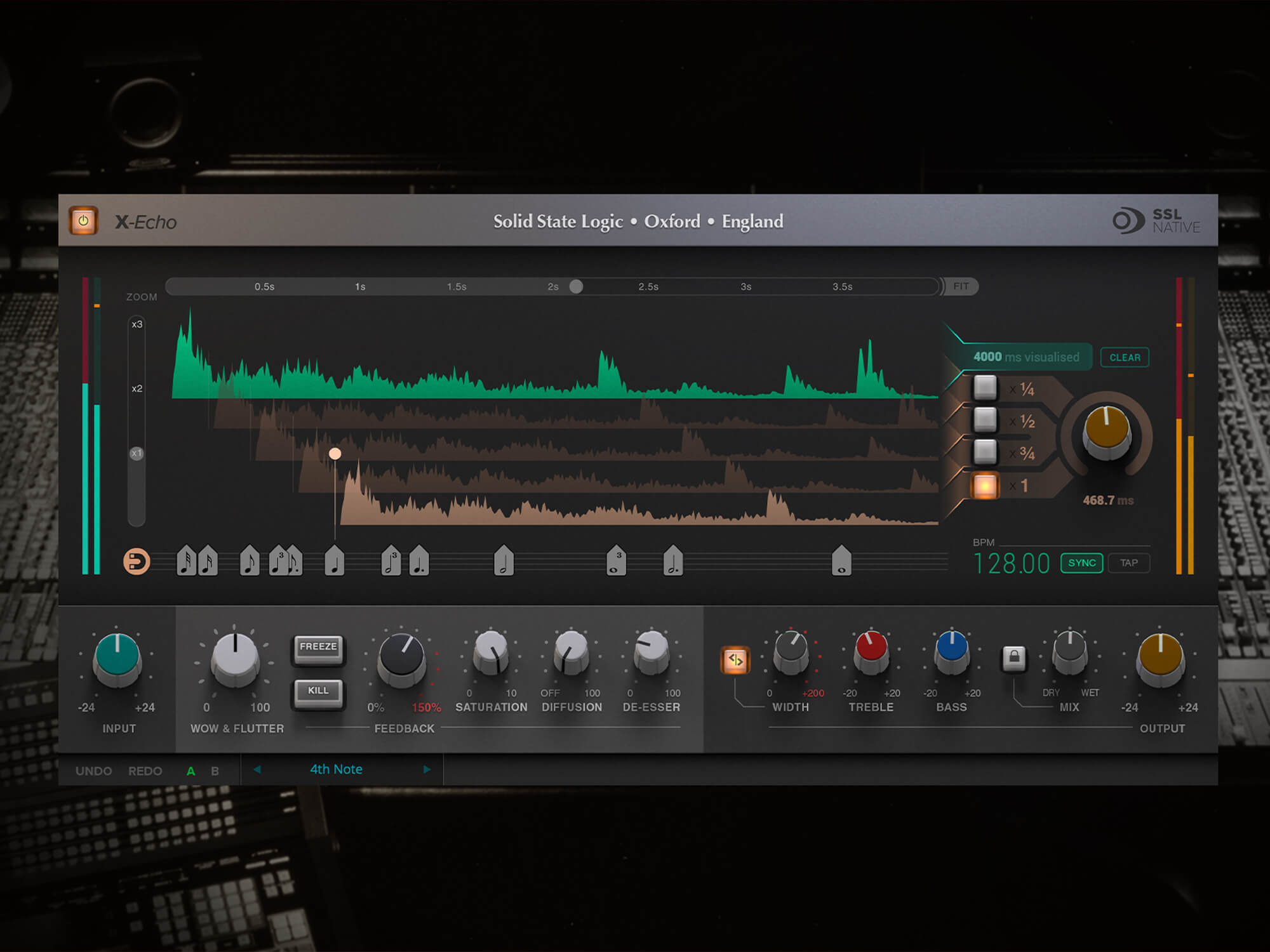 Solid State Logic’s new X-Echo plug-in is set to give producers the “sound and vibe of early tape delay hardware” in an intuitive workflow suited for modern productions.

X-Echo takes inspiration from the warm, hissy tape echo machines of the 60s and 70s, including the Echoplex, a favourite among guitarists.

The plug-in brings a modern twist to the tape delay effect by visualising delayed waveforms, so you can get very precise with timing.

SSL also models the mechanical components and the friction of physical tape on the plug-in which you can dial in the the Wow & Flutter control knob. Even without the delay effect turned way up, you can still get the soft clipping, tape hiss and warble you would expect from an actual tape echo machine. On top of that, there are four selectable tape heads for more tonal variation.

And, like its hardware counterparts, the X-Echo can be set to self-oscillation by cranking the feedback knob and scrubbing through the time control. Freeze and Kill controls, which can be automated, also open up the possibility for more creative effects, which can be used for risers and drops.

Other features include a diffusion control to thicken or thin out the sound, and an onboard de-esser for taming harsher frequencies.

Check out the X-Echo in action below:

The SSL X-Echo is available now at an introductory price of $149 (usually $199). It’s also included in SSL’s Complete bundle, a $15/month subscription.