SSL unveils X-Delay, a plug-in inspired by the iconic delays of the 1980s

The plug-in joins a growing list of quality software products from the Oxford, UK-based company 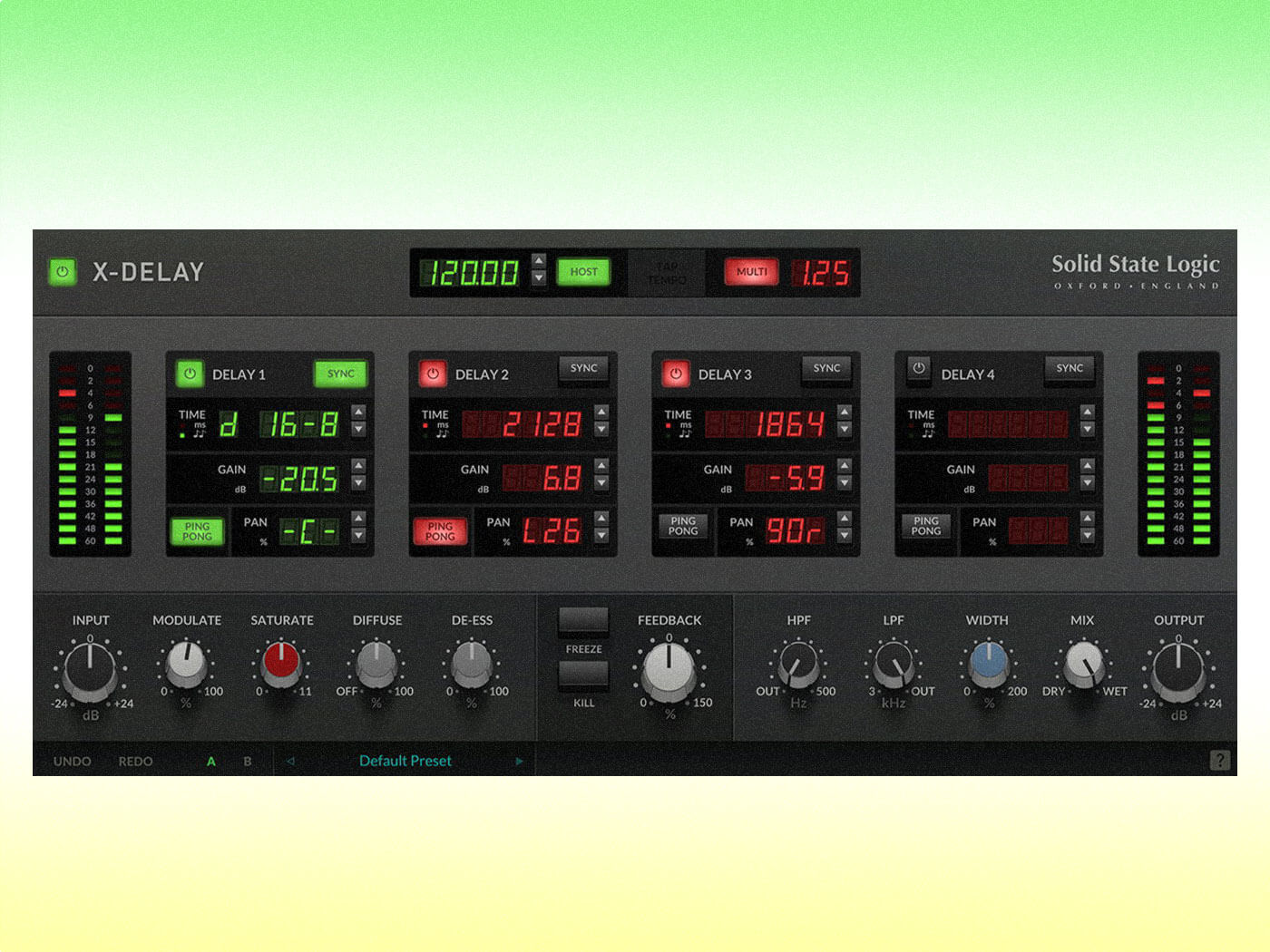 Solid State Logic has announced a new plug-in in its rapidly expanding range of software, the versatile X-Delay. The four-tap sync-able digital delay is inspired by the most influential hardware units of the 80s, and is capable of anything from gritty slap-backs to lush diffusion.

The stand-out features of the X-Delay include four configurable delay taps with independent level, ping-pong and panning parameters; SSL-style saturation, modulation, reverb and de-essing; feedback control beyond 100 per cent and freeze.

SSL says of the X-Delay, “Producers and music creators will appreciate the various combination of sounds achievable from up to four independently sync-able taps: from saturated slapback vocal delays, to vast stereo soundscapes appropriate for lush synth pads and more.

“The SSL X-Delay is augmented by global effects such as built-in modulation, SSL’s signature analogue saturation, and a reverb offering multiple diffusion effects and rooms from a single control.”

The plug-in’s interface is certainly a nod to the 1980s, with an abundance of red seven-segment displays and low-resolution digital-style output meter. It’s designed with half an eye on pairing with SSL’s Native X-Echo, which faithfully emulates the character of 60s and 70s tape delay hardware.

The X-delay joins SSL’s subscription-based plug-in Bundle, which includes a host of widely-respected plug-ins from the developer such as the Bus Compressor 2, Channel Strip 2, FlexVerb reverb and Fusion Violet EQ. With payment plans starting from $14.99/£11.20 per month, the Bundle offers access to the complete SSL package instead of requiring one-off purchases for each plug-in.

Subscription-based plug-in models have proven popular among most users, with packages such as iZotope’s Music Production Suite and Music Production Suite Pro offering production guidance, exclusive videos, custom presets and more, as well as access to the plug-ins themselves. Roland Cloud also gives you access to vintage sounds for a monthly fee. That said, some producers have expressed discontent with plug-in subscriptions in favour of owning their plug-ins.

Find out more about X-Delay and the SSL Plug-in Bundle at solidstatelogic.com