The 16-channel hybrid mixer and interface includes the dynamics compressor from the SL 4000 G-Series console. 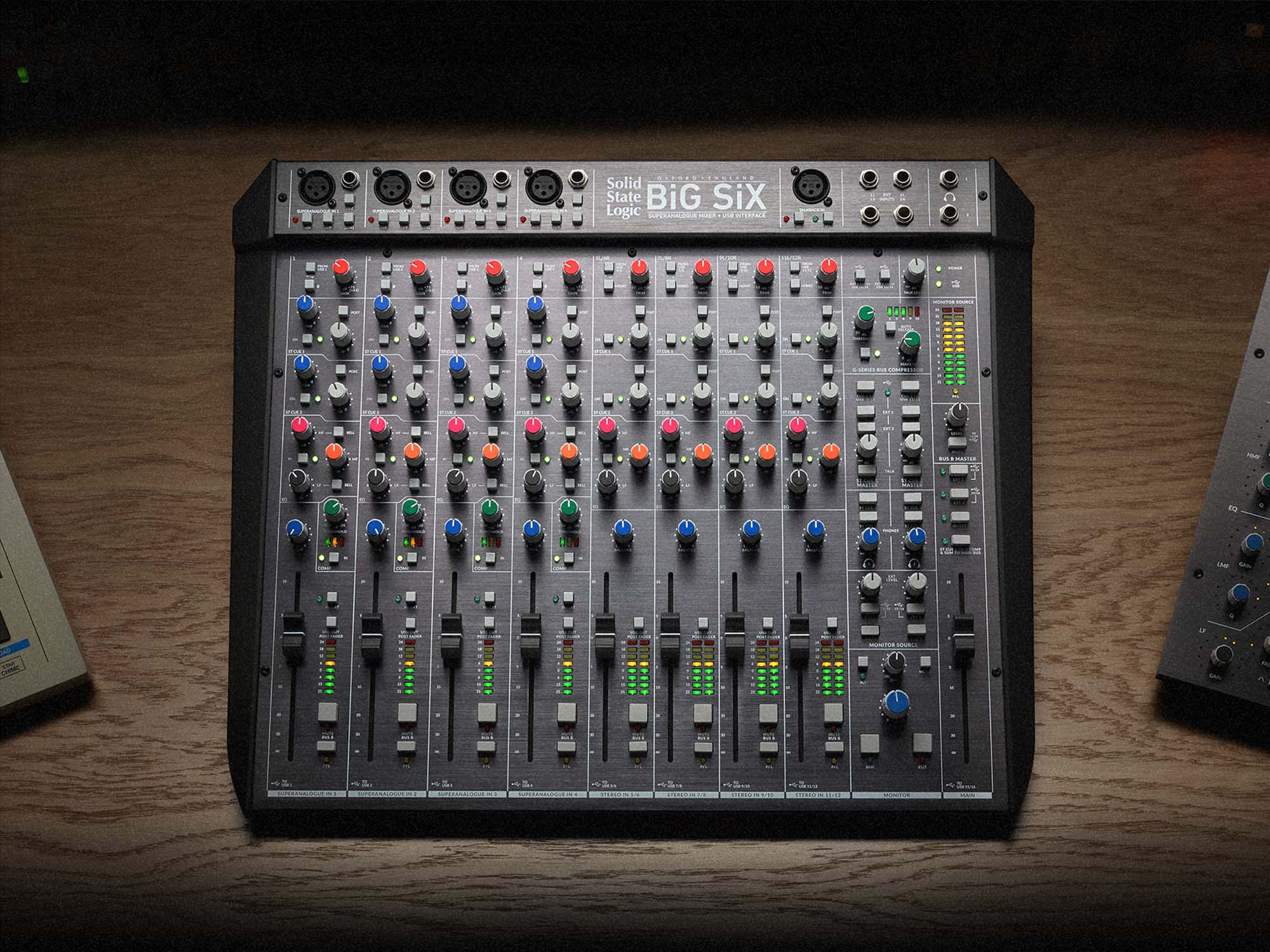 SSL’s BiG SiX could be a big hit with producers who want the brand’s analogue mixing in a desktop mixer and interface suitable for small studios.

The 16-channel hybrid mixer is a juiced-up version of the SiX desktop mixer and brings along analogue features from classic and larger SSL consoles.

SSL describes the SuperAnalogue microphone preamps as “fast, detailed and very, very punchy” with a wide gain range to properly handle a variety of microphones, ribbons included. You’re given access to four stereo inputs (XLR or quarter-inch) that can be switched to dual mono if you need.

The G Series Bus Compressor packs the same flavourful circuits as the dynamics processor found on the SL 4000 G-Series console. It has a fixed 4:1 ratio, 30ms attack and 100 ms release settings, which SSL says will work well across most productions.

Each channel strip features a three-band EQ that draws inspiration from the brand’s E series and is designed to accommodate broad sound-shaping strokes. High and low filters are set at 3.5kHz and 60Hz with independent bell or shelving options, as well as the ability to either boost or cut up to 15dB of gain. Meanwhile, the mid-frequency control is set at 700Hz.

The BiG SiX also functions as a USB audio interface capable of audio resolutions up to 24-bit/96kHz.

Learn more about the desktop mixer in the video below: