The streaming giant’s first hardware device is selling for $89.99. 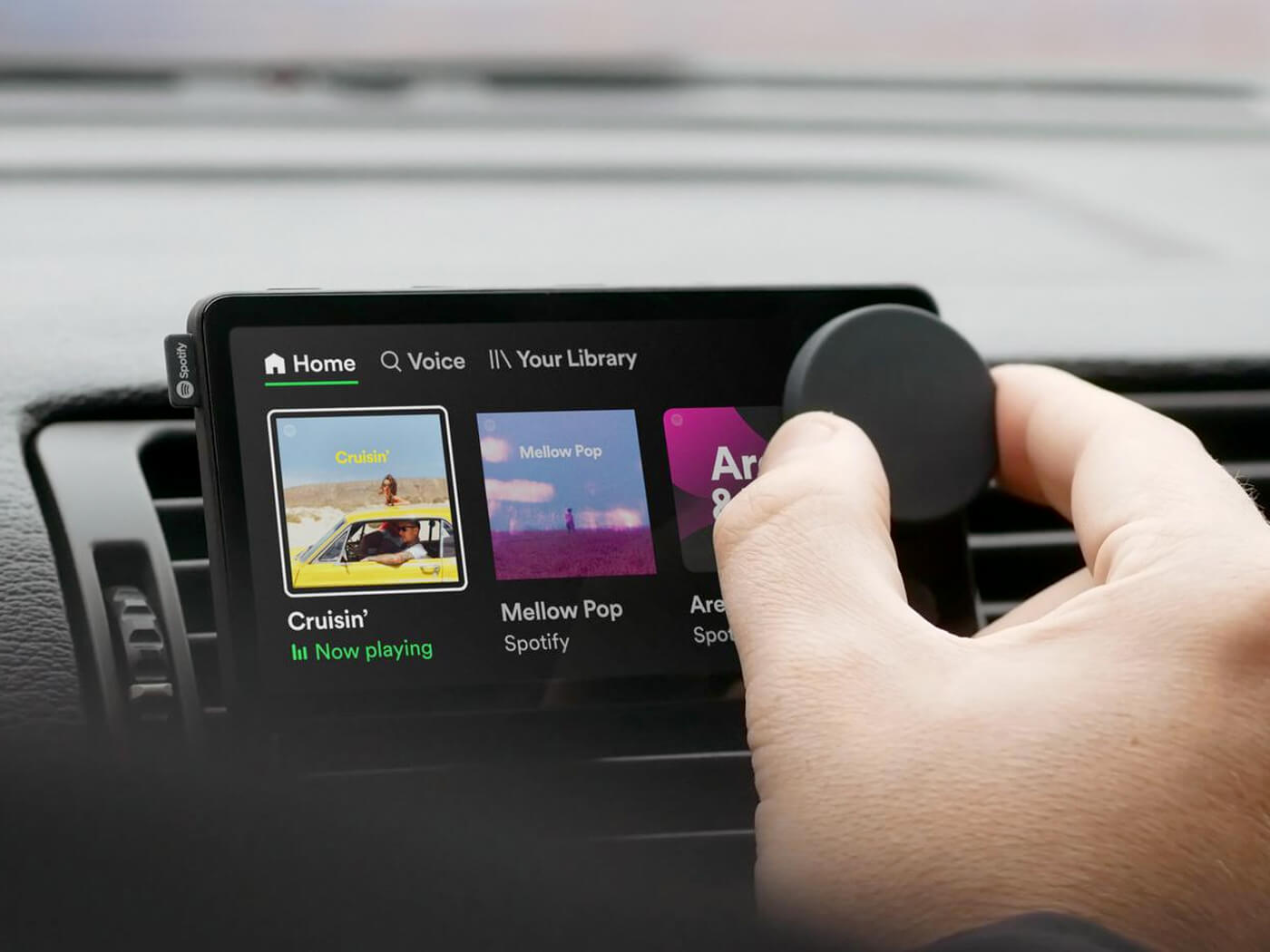 Spotify’s first-ever music-listening hardware, the aptly named Car Thing, which is a dedicated music player for cars, is now out on sale in the US.

Retailing now at $89.99, the Car Thing can be mounted onto dashboards, air vents and CD players, and connects via Bluetooth, AUX or USB. It has a touchscreen, a large navigation dial, voice control and four assignable preset buttons. Car Thing’s touchscreen and dial can be used to queue up music and podcasts, and the device also supports ‘Hey Spotify’ voice commands.

Car Thing requires a Spotify Premium subscription on top of the cost of the device itself to function, and Spotify has hinted at future compatibility with other services like Audible, and even its competitors, according to an interview with CNET. Gustav Söderström, Spotify’s chief research and development officer, described Car Thing as an “open platform” that could “deeper integrations with potential partners” if the device is well received by the public.

“Our focus remains on becoming the world’s number one audio platform – not on creating hardware – but we developed Car Thing because we saw a need from our users,” the brand wrote in a statement at the time. “No matter the year or model of your vehicle, we feel everyone should have a superior listening experience.”

2 million people subscribed to the Car Thing waiting list following the beta tests of the device, which was estimated to cost $79.99 at the time. It is currently unclear if Spotify will release the product outside of the US.