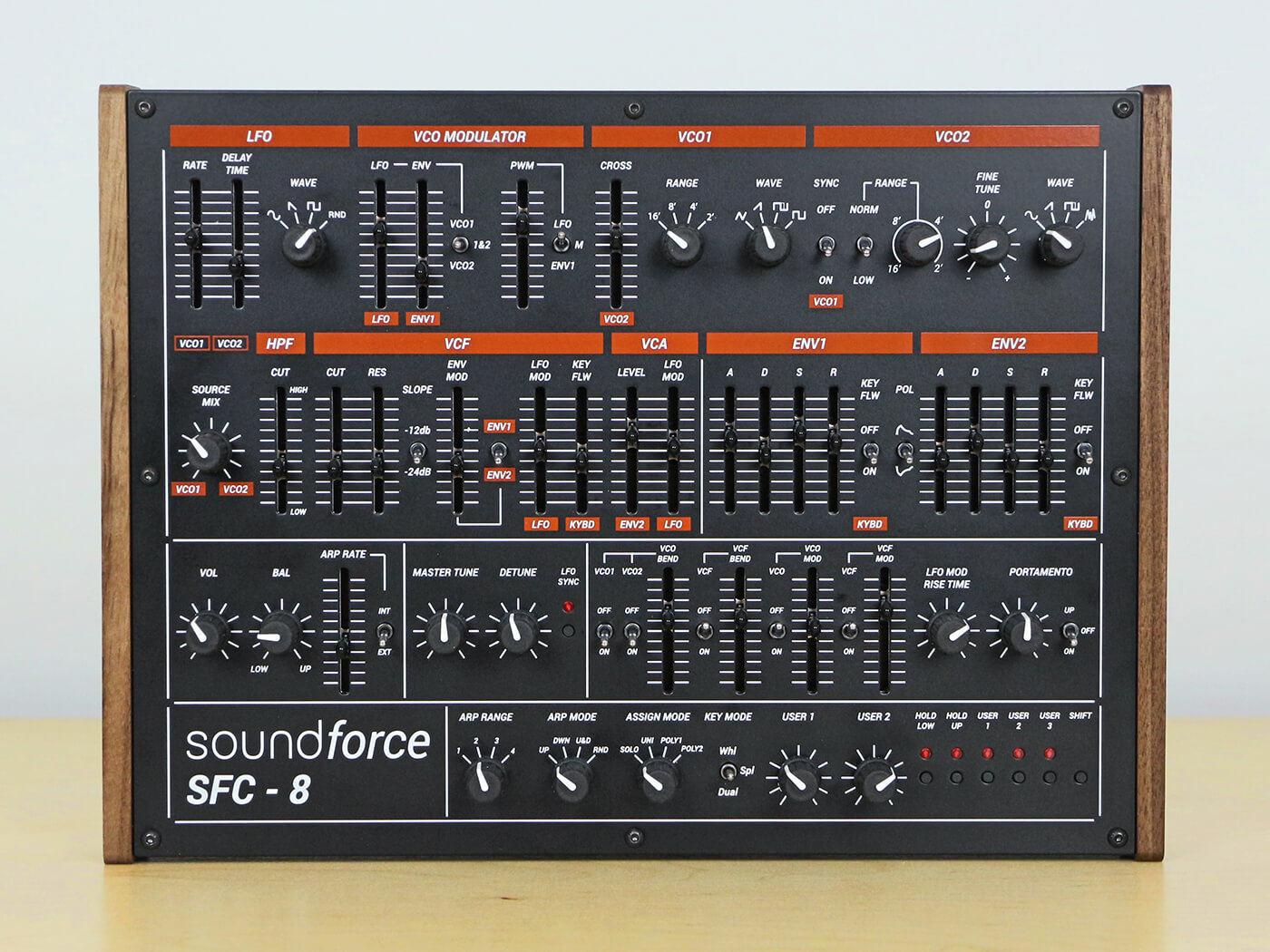 Superbooth 2020: Soundforce has teased a new Jupiter 8-style bus-powered MIDI controller designed to control Arturia’s Jupiter 8V and Roland Cloud’s Jupiter-8 software synths. However, its extensive MIDI customisability means it will play nicely with any other software or hardware synth as well.

Soundforce’s proprietary Control Panel app on Google Chrome lets you map each physical control. An onboard 5-pin DIN MIDI connector also lets you control desktop synths, too. If you want it to be your master controller – and why wouldn’t you – both the USB-MIDI and DIN-MIDI connectors can be used at the same time.

The layout of the controller is separated into seven fully labelled sections. In total, the SFC-8 packs close to 80 knobs, sliders and switches, employing some period-correct design considerations like ‘80s style 30mm sliders, and walnut panels.

On the brand’s website, Nicholas of Soundforce credited the inspiration of the SFC-8 to a talk with musician and YouTuber, Mylar Melodies at last year’s Superbooth event.