The new launch offers an increased number of professional features and an impressive range of I/O options. 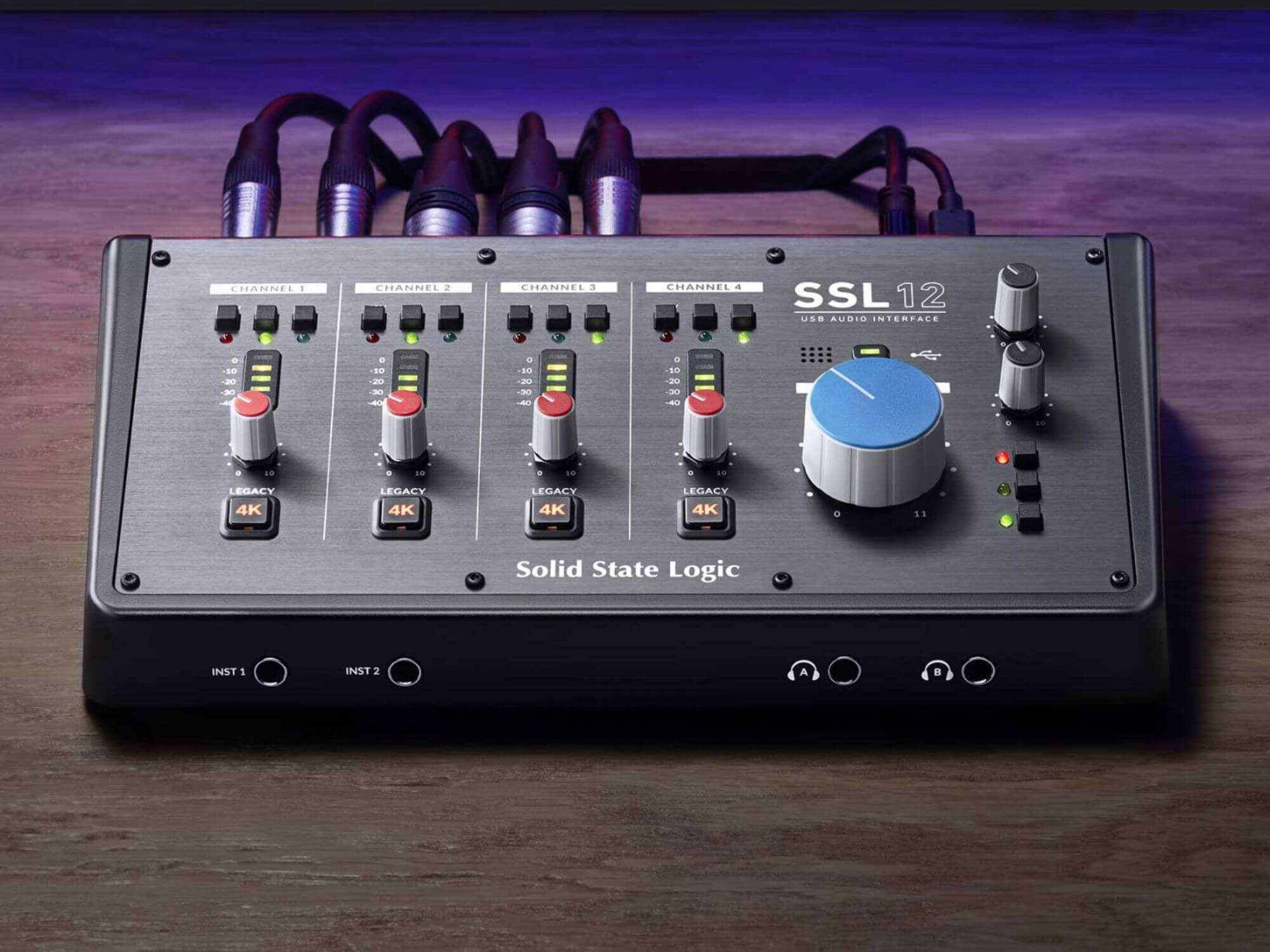 Solid State Logic has introduced the third entry in its range of ever-popular audio interfaces: the SSL 12. A mid-tier version of its more budget-friendly predecessors with four mic preamps, the new launch promises studio-quality audio and minimal hassle, for less than what you may think.

A heightened version of the popular SSL 2 and 2+ models, the brand states that the SSL 12 isn’t a mere replica of its previous designs, but rather a “new class of audio interface” entirely, providing “professional features and workflow never seen before at this price point”.

It bears a similar desktop format to the brand’s previous designs, but brags four SSL-designed mic preamps this time around, as well as switchable headphone modes and a 360° software mixer which allows for I/O metering and the ability to assign functions to the front panel switches.

When combined with the 32-bit/192kHz AD/DA converters and the built-in ADAT input – which allows the input channel count to be expanded – users can achieve a total of eight playback tracks and up to 12 tracks of simultaneous recording.

Compatible with both Mac and Windows, up to four independent near-zero-latency foldback mixes can be generated and saved by the interface. Meanwhile, the incorporation of a Loopback feed allows users the option to record the output of a media player.

Available now for $499, the interface also comes supplied with software including the SSL Production pack, a three-month subscription to the brand’s Complete service and a vast host of plugins – all said to be worth over $1,000 in total.