The hefty offering is a 7.1.2-channel system that delivers audio in a 360-degree field. 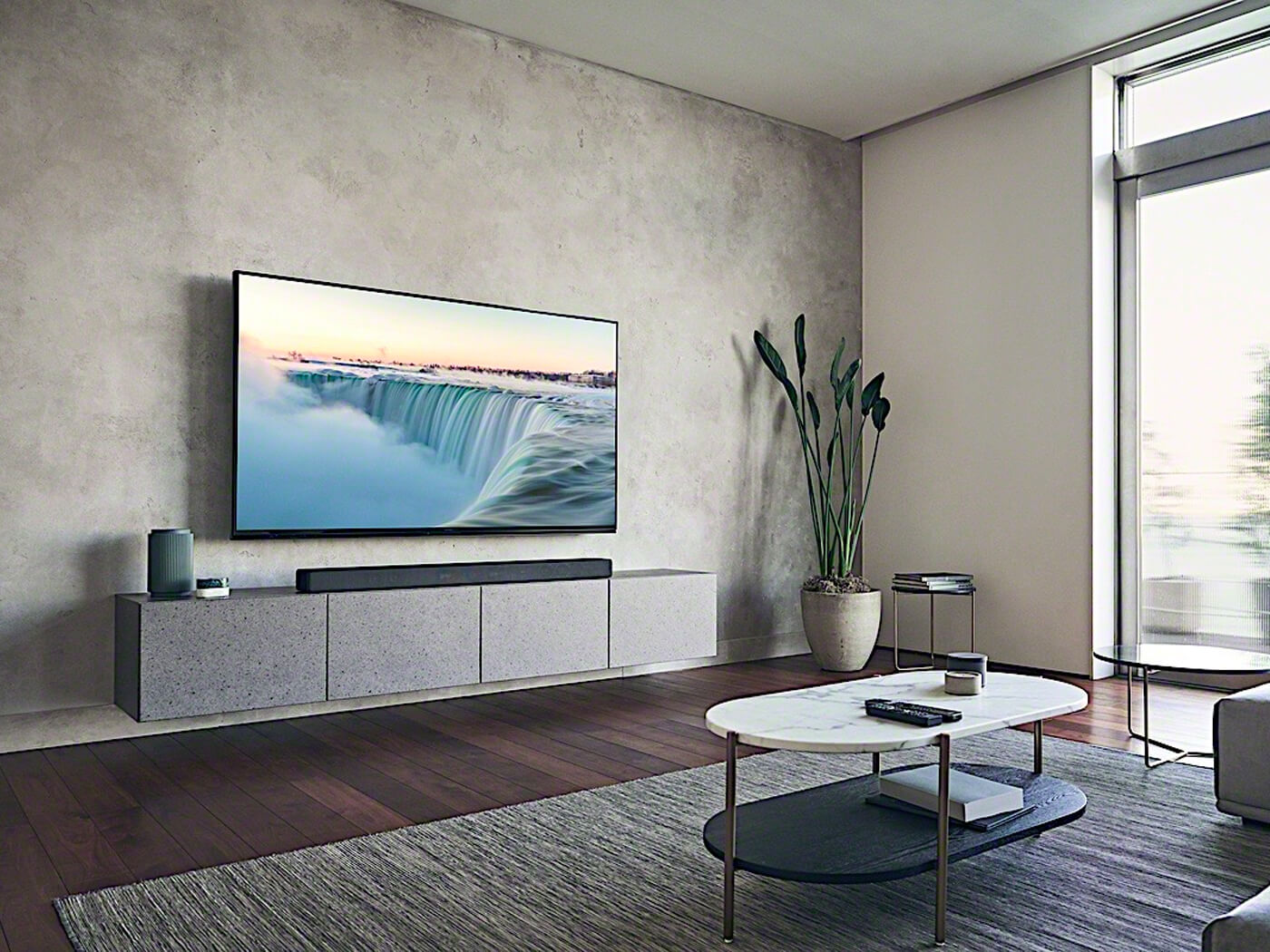 Sony has announced the HT-A7000, its powerful new flagship soundbar capable of delivering immersive audio in Dolby Atmos and 360 Reality Audio formats. Along with this, the brand also announced the HT-A9 four-speaker setup.

The HT-A7000 is an immersive 7.1.2-channel system that bounces audio around the room to create an atmospheric experience. It does this through seven front speakers positioned at ear-level, a dual-subwoofer system and two up-firing speakers. In-built protocols help translate “regular audio” into immersive formats.

There are also options for rear and subwoofer add-ons, which are able to detect one another in order to provide better field coverage.

The HT-A9 on the other hand is a four-speaker home theatre system fitted with spatial mapping talents. You’re meant to position each one of the cylindrical speakers in the corners of your living room and let the system calibrate itself. All four map to a central control unit.

The HT-A9’s speakers also don’t have to be positioned at the same height and can thus blend into their environments better. Sony demonstrates in this promotional picture which gives us strange Dora The Explorer flashbacks – can you find the speakers?