Sony’s LSPX-S3 is a refreshed, more affordable take on its lamp-style Bluetooth speaker

It’s priced over £200 less than its predecessor, the LSPX-S2. 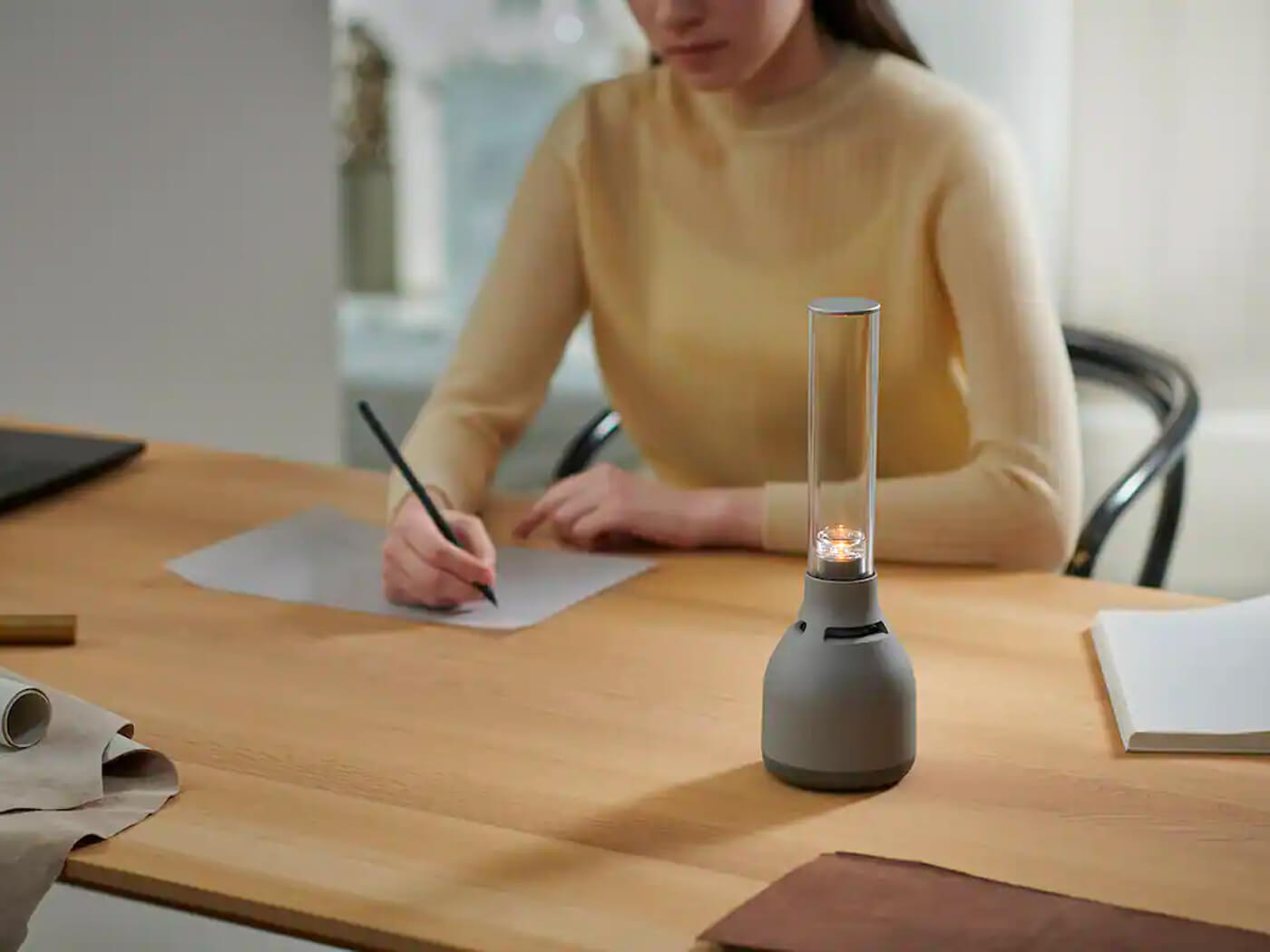 Sony has announced the LSPX-S3, the latest version of its lamp-style portable Bluetooth speakers.

The LSPX-S3’s primary 46mm speaker wraps around the base of the device, and the glass tube extending out of it isn’t a mere aesthetic touch either. According to Sony, it helps the speaker project sound in 360 degrees.

“The LSPX-S3 Advanced Vertical Drive Technology uses three actuators to tap the end of the organic glass, which vibrates to help the spread the sound in every direction,” the brand wrote.

Users take control of the speaker through Bluetooth and a companion app, which includes a bass boost mode for accentuating the low-end, and brightness control for the lamp portion. The device packs an eight-hour battery life (double that of its predecessor) and has physical controls for volume, brightness and power.

It’s possible to run the speaker as a stereo pair if you have a second unit. Based on the size and cosy candlelight effect, it’s clear that this is intended for more intimate settings and not a replacement for more powerful sound systems.

Watch Sony’s demo of the LSPX-S3 below:

The LSPX-S3 arrives at $£315, which is considerably cheaper than its predecessor, the LSPX-S2, which was released at £550.