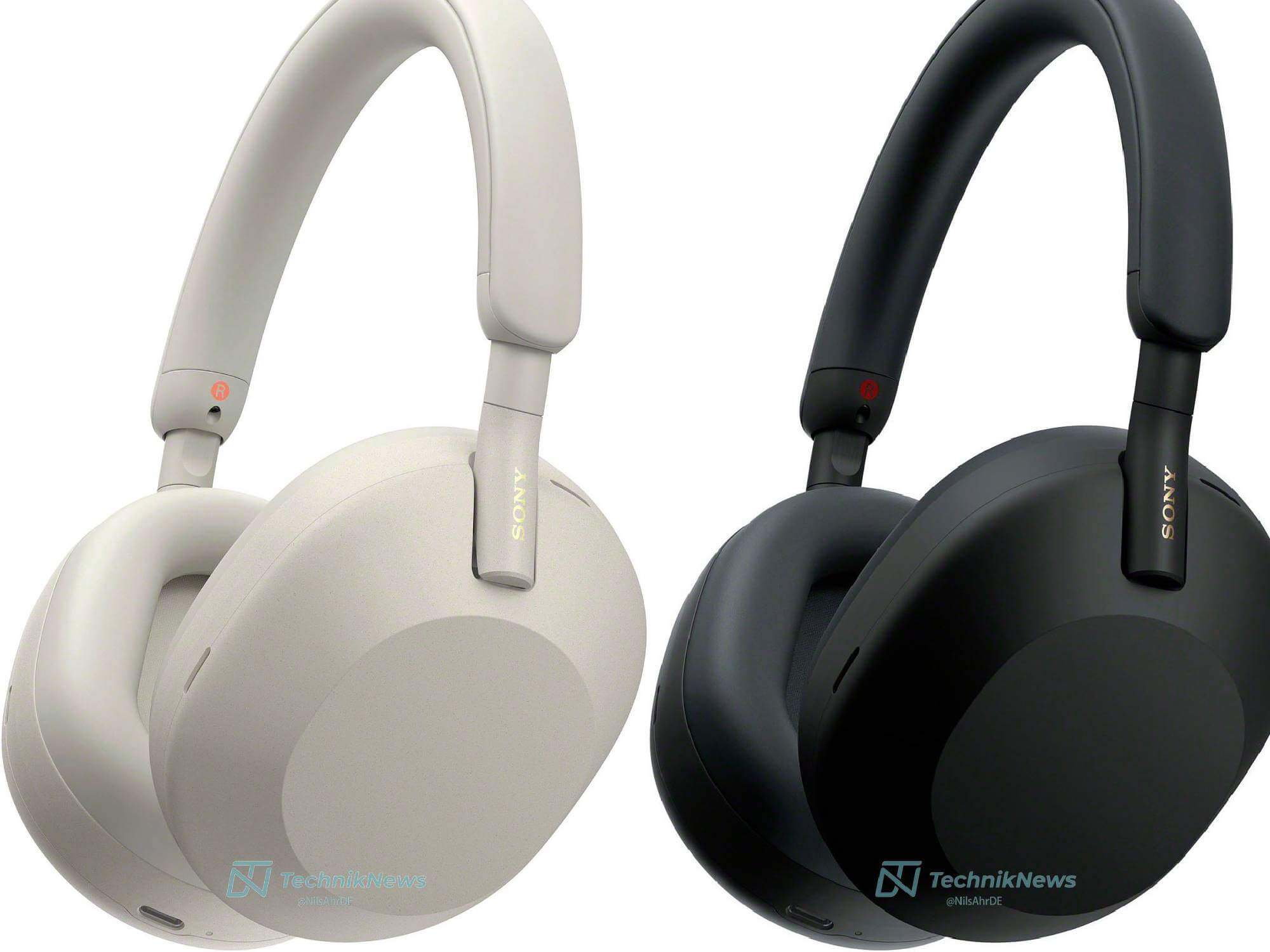 The successor to Sony‘s critically acclaimed XM4 has allegedly been leaked according to a series of new photos purportedly revealing the WH-1000XM5.

According to German technology blog Technik News, the XM5’s launch is imminent, leading to a trove of renders being leaked, presumably for marketing purposes. The XM5’s new design duly stands out given the substantially thinner headband, which could be made of metal rather than plastic.

The new design also now reveals a single contact point on arms of the headphones instead of the XM4’s swivel, but retains the ‘Custom’ button placement with the new label reading ‘NC/Ambient’. The XM5 also seems to have done away with the travel-friendly foldable feature of the XM4, but appears to fit soundly in a custom travel pouch. No word on whether this pouch comes with the XM5 so far however.

The innards also seem to have been given a refresh, with the XM5 reportedly boasting up to 40 hours of playback on 3.5 hour charge via USB-C. Given that this battery lasts about 10 hours more than the XM4’s, charging time has also increased by half an hour, which all in all is a good tradeoff if true. Bluetooth 5.2 connectivity has also been baked in, with a standard jack connection available for those who prefer it.

The XM5 reportedly also boasts two processors for noise cancellation as opposed to the XM4’s single processor, and a new driver has been included specifically for audio performance.

The XM5 will allegedly also come with the same three-microphone configuration for calls and ambient noise monitoring as its predecessor, but the positioning of the microphones themselves will be changed.

No price has been mentioned as of yet, but if the launch is indeed imminent more information will be forthcoming soon.

A new FCC filing in February this year may have leaked the XM5 in advance. The “engineering prototype” was also speculated to have a metal headband, and was said to boast an internal battery rating of 3.8v with support for 5V/9V USB charging. No further details about the internals of the device were included, but the leak did suggest the XM5 may only be available in silver and black.