Sonos’ rumoured affordable subwoofer has been named the Sub Mini 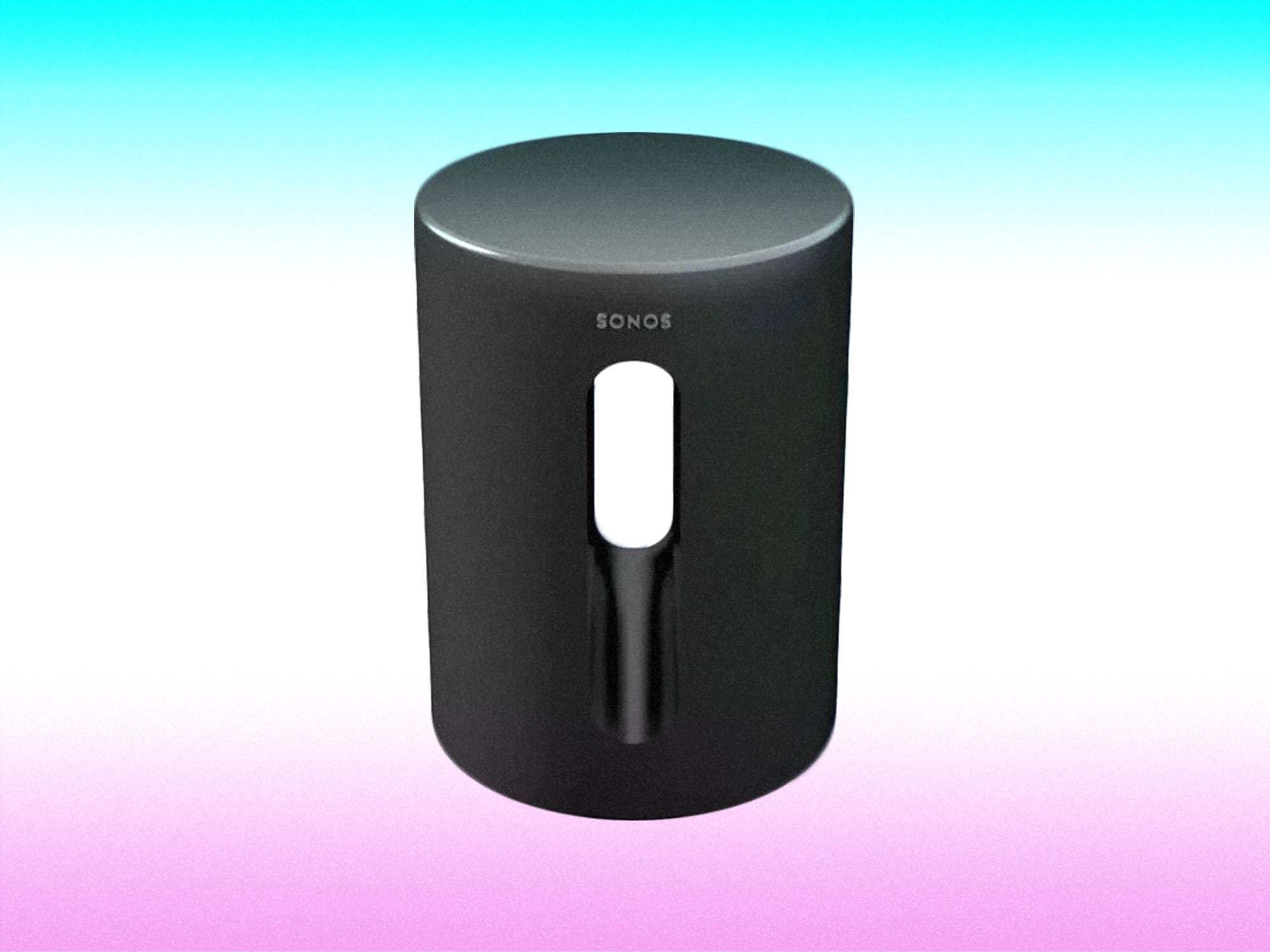 More Sonos release news has leaked, as the rumoured affordable subwoofer speaker has been confirmed as the Sub Mini.

This announcement follows the recent release of the Sonos Ray soundbar, which marks the newest addition to the brand’s recent lineup of affordable speakers.

Rumours of the speaker began circulating in November 2021 when a Reddit user found a hidden page on the Sonos app detailing information about the new cylindrical subwoofer. However, the speculation is only now being confirmed by Sonos’ website.

In this first preview by Sonos, the company stated that the Sub Mini was a “smaller, cylindrical subwoofer.” But now, The Verge has released a rendered image of the new subwoofer, further corroborating the name and the design.

Making a stark difference from other subwoofers on the market, which are conventionally rectangles, this new product is aesthetically comparable to the OSD Audio Nero TubeBass 10 subwoofer.

The only other subwoofer sold by the company is the Sub, which retails for $749, costing more than the new Sonos Ray and the surround sound Beam combined and potentially marks the beginning of more affordable subwoofer technology at Sonos.

Sonos CEO Patrick Spence has expressed his frustration internally with Sonos staff over the rise of leaks in new products stating in a weekly earnings call that “I know it’s hard for all of you but … we want to make sure that when we actually have it ready, we bring it out to the world, and that’s when we talk about it”.

Similarly, this is not the first time The Verge has intentionally spoiled Sonos releases, as they announced their voice control service which will be rolled out to US customers on 1 June.

All of the details about the Sub Mini, such as dimensions, power, price, and release date are still to be confirmed. It’s likely that the official announcement from Sonos will be imminent – it makes sense to roll out the Sub Mini with the Ray at the same time, considering their compatibility.