Sonicware to release a portable sampler, the SmplTrek, with 160 samples per project

There’s a new portable sampler on the block. 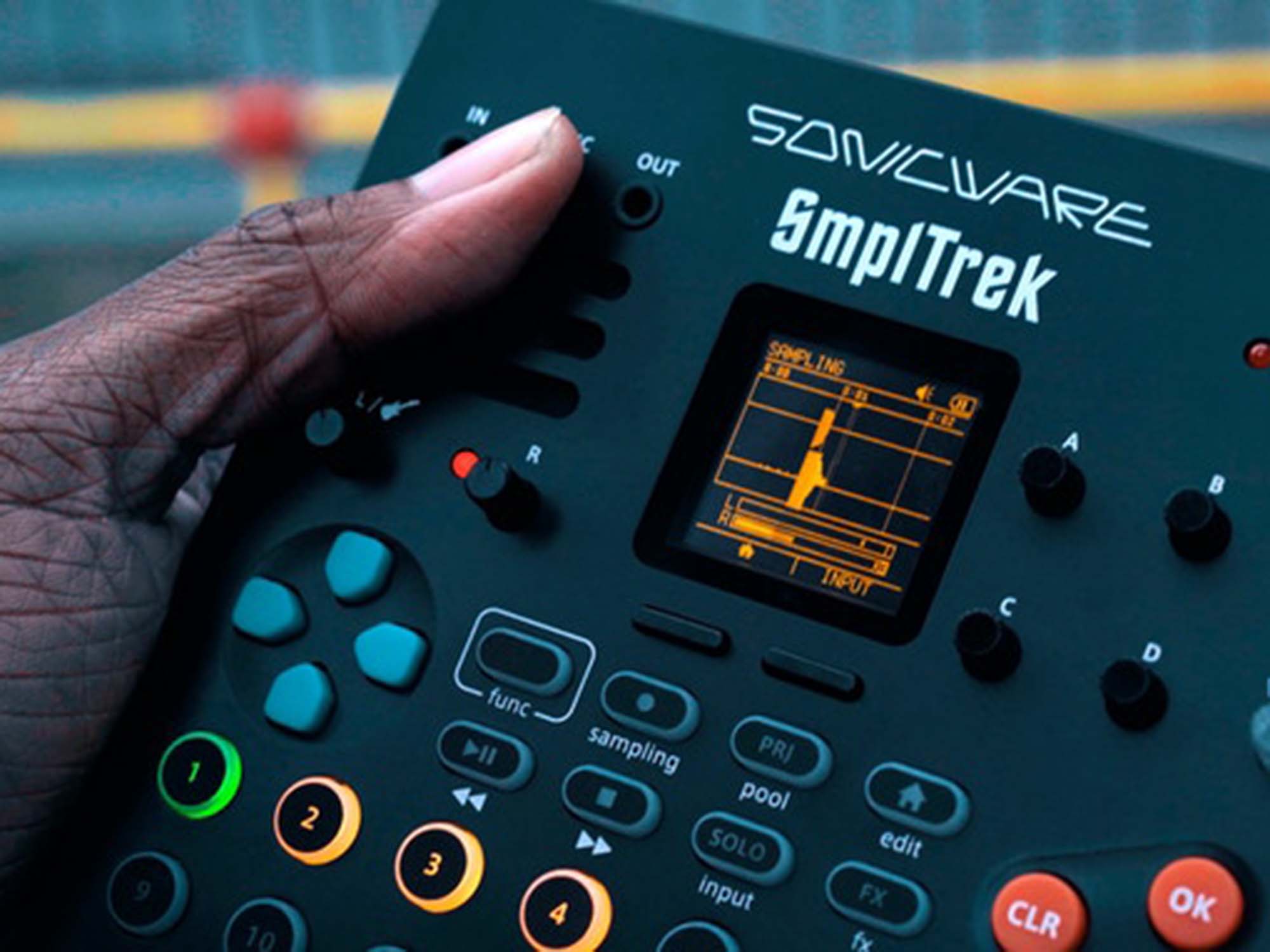 Sonicware has announced the release of a new portable sampler, the SmplTrek.

The compact device promotes one-touch sample recording, and comes with a built-in mic and inputs for dynamic mics, electric guitar and bass, and line-level sources. Additionally, it can also synchronize playback with many musical instruments using MIDI and audio sync.

Portability is clearly important for the new sampler, promoting a lightweight and battery-powered unit, with options to even connect your smartphone or laptop over USB.

Regarding sequencing, each project can have 16 scenes, with each of those containing ten sequencer tracks (these can handle loops, one-shot, drums, instruments and external MIDI). In addition to this, you also get three global audio tracks for recording vocals and guitar.

SmplTrek comes with more than 500 sample-based sounds and over 100 drums kits, as well as 30 effects too, which are all stored on an SD card.

See the full video below:

You can currently put down a Super Early Bird pledge for SmplTrek costing ¥35,500 or more (around £221) via Kickstarter. As the funding target has already been reached, supporters of the sampler will start receiving their units in September. At the time of writing, Sonicware has raised £159,071 on its Kickstarter campaign, surpassing the goal by over £120,000.

The standard retail price for the unit once it has been released will be $429.

The portable sampler is competing with the likes of Roland’s SP-404 MkII, a highly-regarded sampler, and boasts 160 samples per project, 16 projects in all, and an OLED screen. Unsurprisingly, the high spec has a high price tag, and retails for £440.

More information about the SmplTrek can be found on its Kickstarter page.