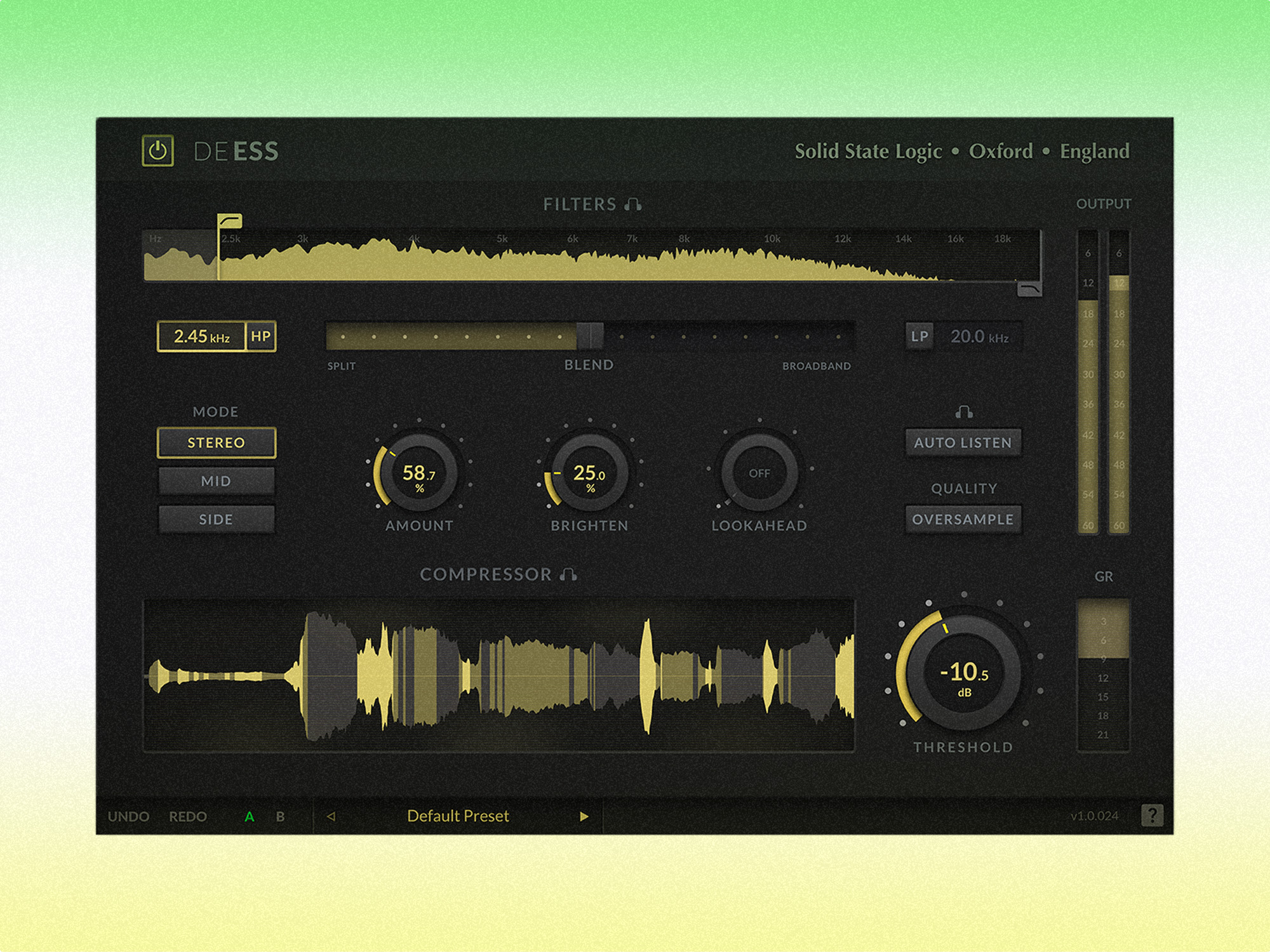 The plug-in is used to remove excess sibilance and those painful mid-high frequencies, such as the ‘ess’ and ‘shh’s that can be heard in vocal recordings.

There are a range of tools that help workflow on the DeEss, but the most important feature is its threshold algorithm, which lets users adjust the signal’s input level without having a disruptive effect on the response of the de-esser, whether the signal is loud or quiet.

SSL says: “The SSL DeEss plug-in allows for greater precision in the workflow so users can target either the mid or side components of a signal, or toggle in automatic oversampling and lookahead options for a super-high-quality response.”

The brand adds that the plug-in is primed for different vocal types, with presets for Tenor, Alto and Soprano. It can also identify instrument processing, which means it can swiftly adapt to a variety of applications.

“DeEss’s Split and Broadband processing modes allow a variety of filtering options for frequency specific de-essing, users can Blend between them for the prefect balance of processing,” SSL says.

Alongside these, the DeEss offers a range of other clever features, including its brighten control, which rejuvinates a sound after de-essing has taken place. DeEss also offers a multi-shade waveform visualiser so users can see the loud and quiet parts of a waveform more accurately.

The Auto Listen feature lets users audition a signal while adjusting the related controls. Finally, the mid/side processing control can target just the mids or sides of an audio signal.

DeEss is available as part of the SSL Complete Bundle, which is available on a subscription based service costing $14.99 per month. Alternatively, DeEss can be purchased on its own for $119

Find out more at solidstatelogic.com